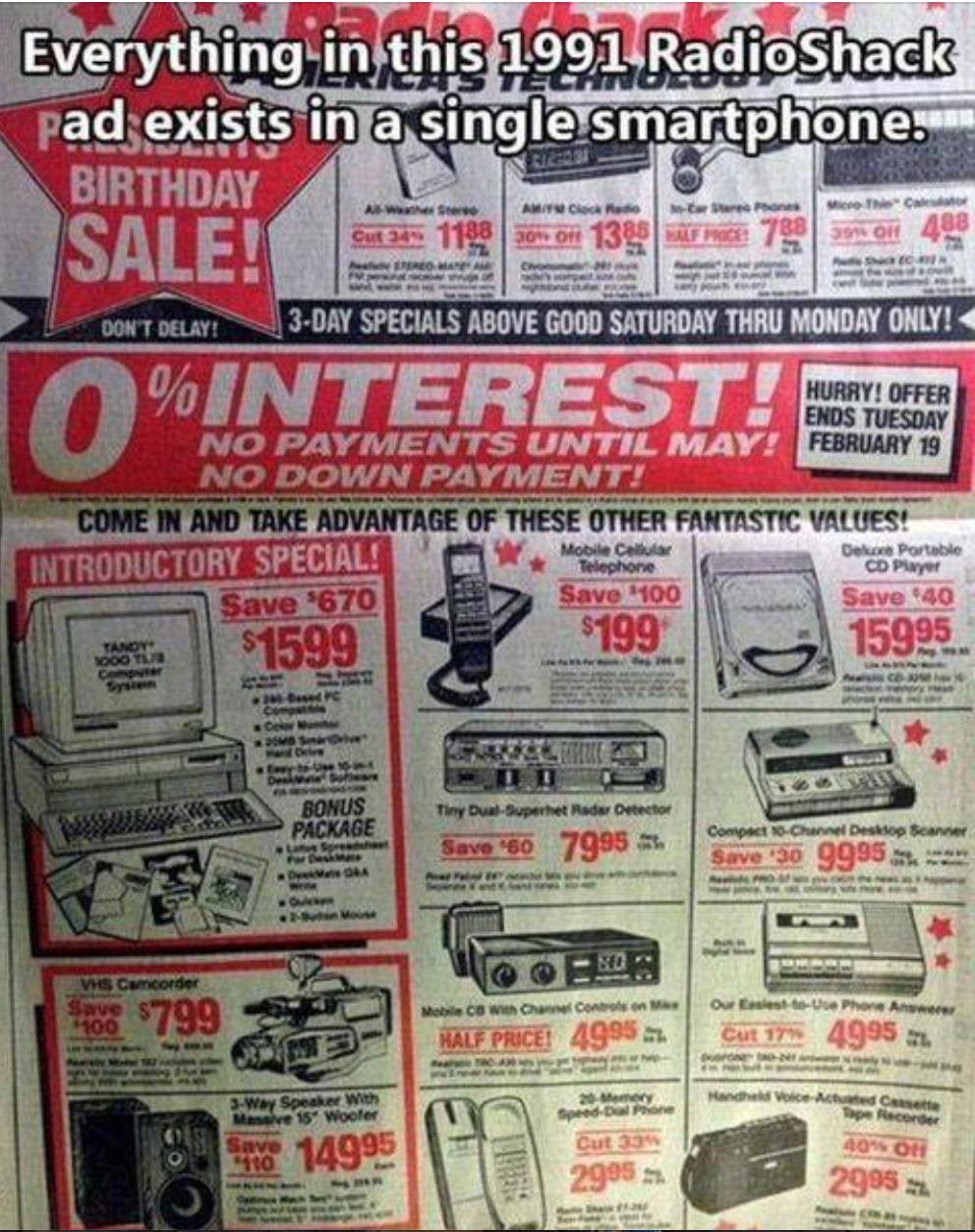 Going Out Of Business Sale.

How The iPhone Wiped Out An Industry

I am normally opposed to memes.

They tend to be pointless and an easy way to avoid making an intelligent argument or even having a conversation. (I feel the same way about emojis).

Howevr, in this case, I am willing to make an exception.

This one was posted on FB by my friend Joe Tiernan, a former executive at the RTNDA, Radio and Television News Directors Association, and it makes an interesting point.

On January 19th, 2007, Steve Jobs presented the world with the iPhone. It was perhaps the most significant piece of technology since the printing press.  In his introductory speech, Jobs stated that the phoine was actually three devices in one - a telephone, an iPod that played music (ironicaly and strangely he seemed to be cannibalizing his own, and until then, most profitable product) and a connection to the Internet.

Clearly, it was all three of those, but as it turned out, it would be much more,  The genius was the apps - that the phone itself was only a platform and infinitely expandable.

In no time (it's only been a decade or so), the phone would go on to eat up pretty much every other piece of tech gear in the world - from GPS (remember Garmin?) to a professional video camera to a stills camera to an edit suite to music composition and so on ad infinitum.

Little wonder that Radio Shack went outof business. What was there left to sell? Extension cords?

Yet the impact of this technology has really yet to be felt.

There are some 3.5 billion smart phones in the world today. That means, among other things, that there are now 3.5 billion broadcast cameras and 3.5 billion edit suites floating around.

Someday soon, some smart person is going to gather them up and start a real network.