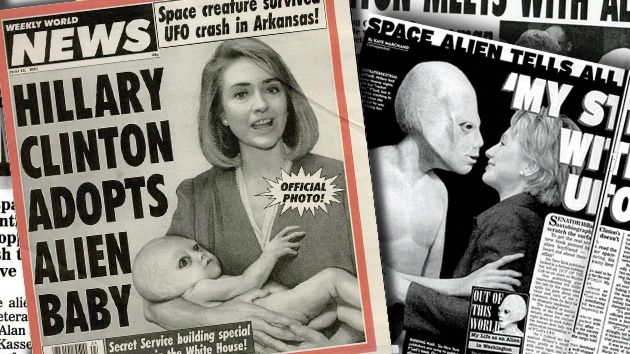 How To End Fake News AND Save Newspapers

A few years ago, a new piece of technology came along that pretty much wrecked the news business.

It allowed anyone who had access to it to make up any kind of news story they wanted and share it with everyone.

Up until then, pretty much all news and information in the world had come from old, established and highly trusted sources.  But suddenly, the world was literally awash with fake news and made up information.  It was a dangerous state of affairs. Who and what could you trust?

The year was 1452 (a few years ago in geological time) and the invention was the printing press.

The invention of the printing press precipitated the world's first Fake News Crisis.  We learned to deal with it, and the way we dealt with it then is a great model for exactly how to deal with it now.

Prior to the invention of the printing press, pretty much every piece of written information came from 'trusted sources', those sources being the Church or the King.  No one else had the technology to publish, (the tecnnology being armies of monks and scribes who wrote everything out in long hand). Publishing was complicated, difficult and expensive.

The printing press suddenly made it possible for anyone with an idea, any idea, to publish and distribute to the world.

Until the advent of the Internet, the ability to publish in our own time was also held by a very few institutions - instead of the Church and the King, we had The New York Times and NBC.  Think of them as the 20th Century equivalents.

Publishing (or broadcasting) was also incredibly complicated and expensive, and instead of employing armies of monks or scribes, the papers and the broadcasters employed, well, their own versions of monks and scribes.  No one else was allowed to publish or create news. The very idea that anyone might start their own paper or their own TV channels, unless you were Rupert Murdoch of Ted Turner (our own Monarchy) was considered insane.

Suddenly, the world is filled with Fake News.

Well, the same exactly thing happened with the invention of the printing press.

Any piece of crap anyone could think up was put to paper and handed out.

As late as the start of the French Revolution, the French newspaper Le Père Duchesne was publshing explicit stories of how Marie Antoinette, the Queen of France, was having sex with her son, the Daupin, and heir to the throne.  That paper makes The Daily Mail look like The Christian Science Monitor.

But slowly, over 500 years or so, we learned how to deal with a Free Press.  We learned how to differentiate the truth from the salacious and the false.  Today, when we walk into a supermarket and see a headline that says Hillary Clinton Adopted An Alien Baby, we don't rush to call social services.

How did society adjust to a world in which anyone could publish anything they wanted?

What evolved, over time, were publishing houses. These organiations did not create the content, but they gave an imprimatur or truth and honesty to the works they elected to publish. Thus, while anyone could write a book, places like Random House or McGraw Hill filtered out and truth tested that to which they put their name.

A free press gave us JK Rowling who gave us Harry Potter.  JK Rowling was not an employee of Bloomsbury, who published the first Harry Potter book. She was what we might call a 'citizen writer'.  Just a woman with an idea and a pencil. A blogger, before there were blogs.

Today, news is still being produced in the pre-Gutenberg model in a strange way.  The content that you read in the New York Times or see on NBC is being made only by employees of The New York Times and NBC.  No one else is allowed in. Monks and scribes.

This is crazy, and an incredible squandering of tons of great potential material and reporting.

The world is now filled with people writing and making videos and uploading and sharing. Most of it is absolute rubbish. Well, most of what most wanna be writers write is also absolute rubbish, but that's where JK Rowlings come from (also Philip Roths and David McCulloughs and pretty much everyone else who writes).

The New York Times and NBC and all the rest of them should move (and quickly) from being sole creators of their own content to being publishers of the best of all content.  Let them apply their same standards of excellence not just to their own stuff but also to the world of thousands of other people around the world who now, unleashed, are also creating content.

Very soon you would be able to judge what was true and what was not true, not based on some faceless algorithm that Mark Zuckerberg came up with, but rather because that work or report now carried the 'seal of approval' of The New York Times, or The Washington Post or NBC or whomever.

And, as an added bonus, the New York Times or NBC or The Nation or The National Review would now have  oh, 100,000 correspondents around the world, submitting material in text or video to photos or VR or whatever.

They could have a newsfeed as rich and deep as, oh, Facebook's for example, but a whole lot more believable.

It's an idea they should explore. And quickly. You know what happened to the monks who did not adapt.