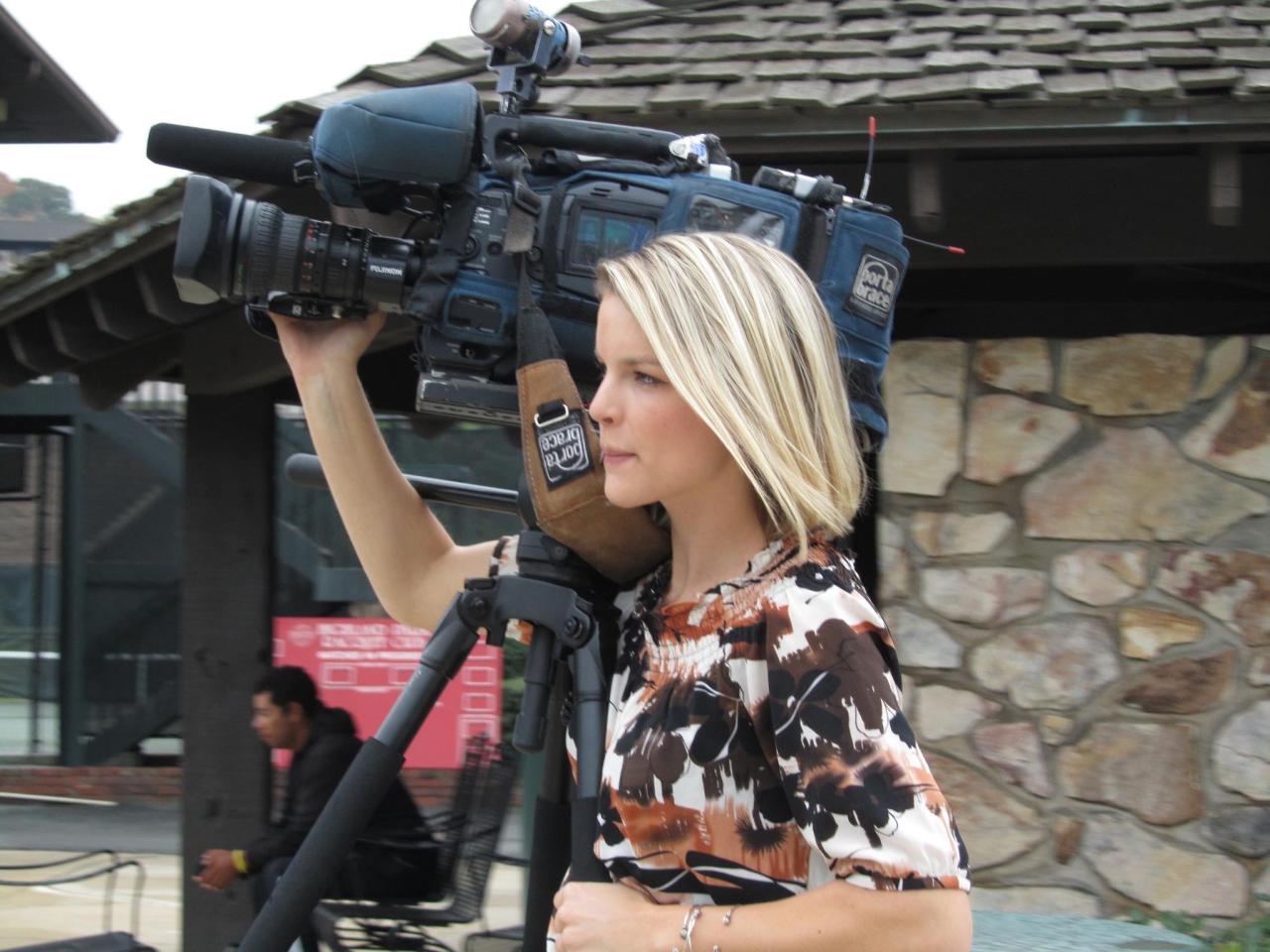 Kaitlin McCulley in her MMJ days- working for a local station that clearly did not get the memo.

How To Make or Break an MMJ

Television, as a medium, is entirely a function of technology.

The whole industry would not exist had it not been for Philo Farnsworth and Vladimir Zworkin.  They invented the tools, the business followed.

Thus it was at the beginning, and thus it has been ever since.

With each new iteration of technology, whether it was tape replacing film or digital replacing tape; nonlinear editing replacing linear or cable over broadcast, it is the technology that carries the DNA that shapes the industry.

But change is painful, and human beings in general, and people who work in the TV news business in particular are resistant to change.

Let't take the example of the VJ or the MMJ.

What made VJs or MMJs possible in the beginning was the advent of small video cameras.  When we started NY1 or TV1 in Sweden, all the MMJs carried and shot with small Hi8 cameras.  This gave them the flexibility of still photo journalists working with Leicas - and the same intimacy.

For the most part, the TV news business did not like the small cameras.

When we started Channel One in London, a copy of NY1, which was then using small Hi8 cameras, Channel One News Director Nick Pollard, who came from ITV, did not like the smaller video cameras. 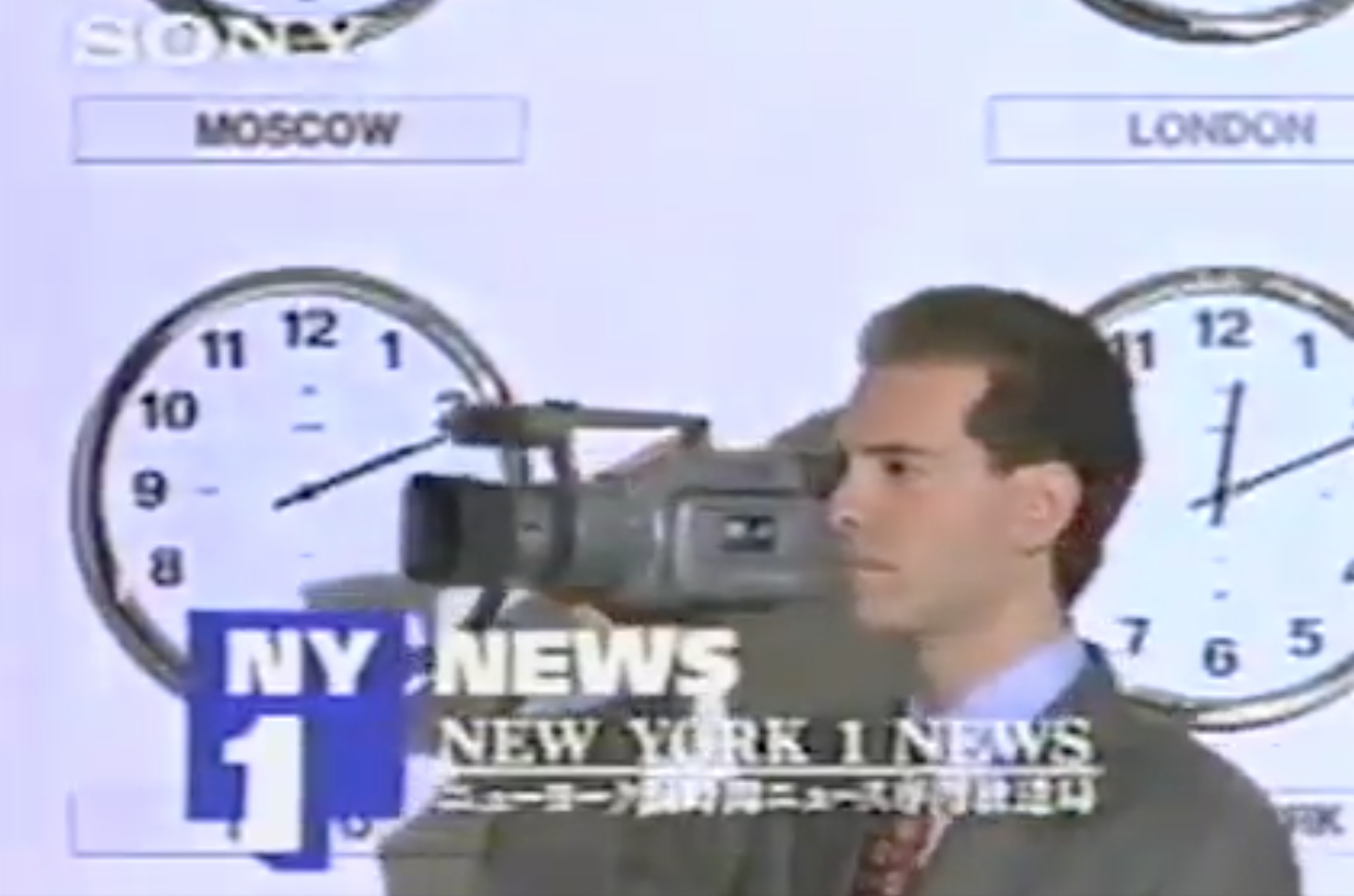 He insisted on the MMJs carrying giant Betacams.

"I won't have my people laughed at in the streets" he explained to me.

The big cameras crushed the MMJs, in more ways than one.

But Pollard was not alone.

Every media company got the economics of MMJs, what they could not embrace was the small "non -professional" gear.

And so, hundreds, if not thousands of MMJs and VJs were made to drag around the most God-awful and ridiculous giant cameras and their attendant NP1 batteriesor Bauer Blocks, chargers, tripods, plates and everything else.

Now it is iPhones.

The iPhone has multiple advantages over relatively large video cameras.

Yes, it does not zoom in particularly well.

On the other hand, it fits in your pocket, you have it with you all the time, it shoots 4K, also edits, adds graphics, music, sends cut stories back to the studio online and, oh yes, live streams.

You have already seen many examples of what a well trained MMJ can do with an iPhone.

My mentor in the TV business, Fred Friendly used to refer to what he called One-Degreeitis.  You start off with a very clear concept, but everyone says... yes, but.  Yes, but. Yes, but.

And pretty soon, you are 180 degrees from where you started.

So let's have a moment of sympathy for former MMJ Kaitlin McCulley, who left local TV news (pictured above) and has set up her own online news business.  If she takes my advice (and we hope she does) all iPhones all the time.