How To Monetize Your Video

The problem is not making the video, that is relatively simple (got a smartphone? Push the button). Presto! Video!

The problem is 'monetization'. In other words, how do I make money with my video?

This is a serious problem.

For most of the history of video (which is not all that long a history), video was both a complex and very expensive thing to produce.  Until very recently, producing a great piece of video required tens of thousands of dollars worth of gear, a great deal of technical skill, and more often than not, a team of professionals - camera people, editors, writers, producers, directors, lighting people and so on.

Few and far between were the people who could actually do all of that stuff, and do it well. Mostly they went to work for TV networks or TV stations because they were the only people who a) had the gear and b) were paying for the skill.

The other impediment to producing video for money was the outlets.  There were only so many cable channels or broadcast networks that were making money from selling advertising against the product. The universe was, in a word, limited.

The advent of the smartphone that shoots 4K and edits + the Internet that puts that content into everyone's home for free turned the entire industry upside down. Now, miraculously, anyone with a phone and a bit of training (really) could learn to produce what we would call broadcast quality video for next to no cost.

In other words, almost overnight, the video industry went from being the domain of a few highly paid professionals to a place where everyone can and does make 'stuff'.

In a world flooded with content, how do you get paid?

In order to understand that, it is necessary to take a look at a similar phenomenon that happened in the media world, albeit 500 years ago.

Before Gutenberg, the only writers were professional scribes who made a fortune for their rarified skill. Even Kings hired scribes to write down their words and ideas - as most people were functionally illiterate.

Books, because they were hand-written, also cost a bloody fortune, and most people never saw even one book in their entire lives.

The advent of the printing press meant that suddenly everyone could become a writer and the world was soon awash in print.

DId it mean that anyone who decided to become a writer was suddenly making a fortune?

Not at all. The price of books collapsed (so they everyone could buy one), and the scribes went out of business.

Today, everyone is a 'writer' (who does not know how to write?).  But how many people can actually make a living by selling their writing?

Today, thanks fo the smartphone, which is the video equivalent of the Gutenberg's Printing Press - everyone is a video producer.

But how many people can make a living as a video producer?

Probably the same number that can make a living as a writer.

Which is a talented few.

So if you think you are amongst the talented few, certainly take your shot.

But don't be disappointed if you aren't making a fortune for your videos.

When I quit CBS and shot my first video on my own in Gaza in 1988, I got paid $50,000 for one video. Those were the days. But that was because there was still a very high perceived valuation on produced video.  To have sent a crew and reporter and camera person and so on to Gaza would have cost much more.

There is still a value attached to great video, but not $50K any longer.

The trick to making your video profitable is holding down the cost of production.

If you can produce the whole thing on your own, you can still get a nice, 4 figure sum for it.  If it is good.

But to make it work, you must learn to work quickly and efficiently.

Most TV shows (and other stuff) that are produced today are still done in a very cost inefficient way: crews, producers, directors, editors.

If you can deliver a comparable product, on your own, on your phone, and undercut the 'crewed' product - or even be better, but at a lower cost, you can own the market. 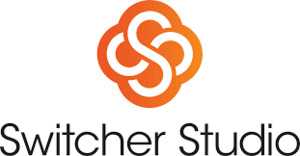 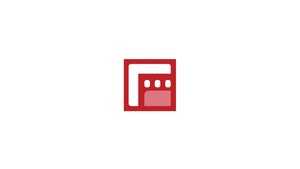 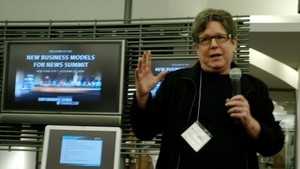