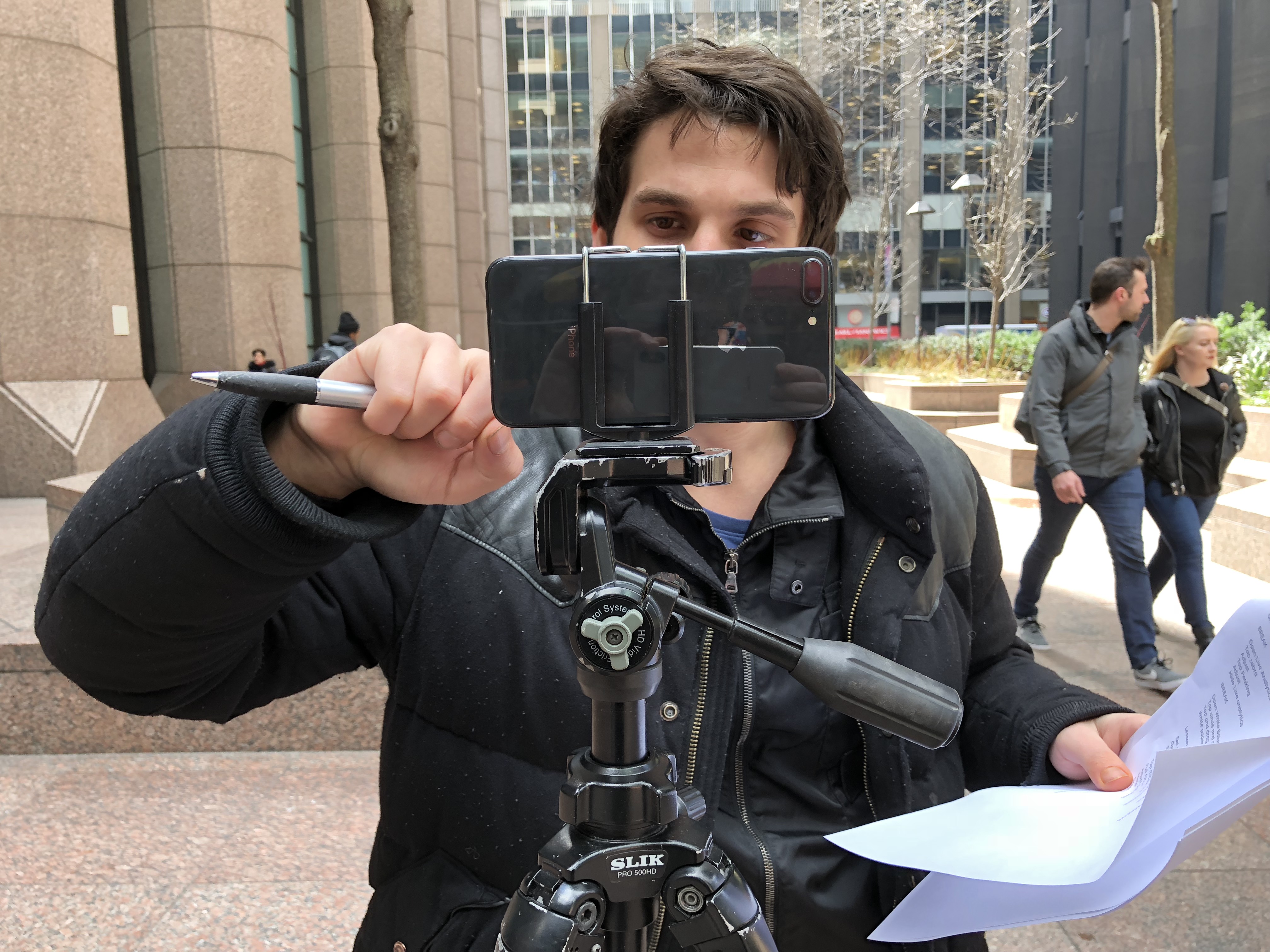 How To Start And Run Your Own TV Channel

If you have ever seen the movie Dunkirk, directed by Christopher Nolan (2017), or perhaps more esoterically, if you are a bit older, the film Mrs. Miniver, directed by William Wyler (1942), you’ll know the story of the miraculous rescue of the British Army from France in 1940 after the collapse of the French army.

The British forces were trapped between the sea and the advancing German army to the east, and by the end of May, 1940, it seemed that the British forces, and a remnant of the French, were going to be decimated by the advancing Nazi forces or drown in the sea.   The Admiralty had told Churchill that they would be lucky if they were able to get 45,000 soldiers off the beach.

As anyone who knows history or has seen the movies knows, the 220,000 British troops and an additional 110,000 French were rescued from the beaches of Dunkirk by a plucky fleet of ‘little boats’, brave British yachtsmen who took their own boats and launches across the English Channel to France and saved the day.  The story made for a great movie.

What could have been a terrible defeat, and indeed perhaps the forerunner of the defeat of Britain itself, had the Germans pursued to the English coast, was a great victory snatched from the jaws of defeat.

Who could forget the way Winston Churchill thrilled and reinvigorated Britain with his stirring ‘we shall fight them on the beaches’ speech, which was broadcast over The BBC and that everyone heard.

The problem was that despite the solid public memory of what happened in fact, the movie story and the general public memory of events bears little relationship to what actually transpired.  The retreat of the British Army from the front toward the coast was more of a rout.  The British army was forced to order their troops to ‘shoot to kill’ their ‘brothers in arms’ who ran too fast – and shoot they did.

The RAF, which was portrayed as bravely holding the line as the little boats took the men off the beach, was generally little to be seen.  Admiral Bertram Ramsay, the officer in charge of the evacuation recalled the ‘feelings of disgust’ on the part of the men trapped on the beaches when they heard The BBC’s broadcasts of the RAF’s ‘successes’, when the reality all around them told a very different story.

Finally, while the idea of a fleet of brave private yachtsmen was a great story, the vast majority of the soldiers were actually taken off the beach by the Royal Navy.

The mythology of the amazing story of the little boats, which was certainly needed as Churchill’s new government faced the prospect of a devastating defeat, was created al most of whole cloth by The BBC. It was mythmaking and storytelling at its best, turning a military disaster into a stirring story of bravery and escape.

There was no other source of news and information, and it was, to a very large extent, controlled by the British government.  The story of the miraculous rescue at Dunkirk was spun by The BBC in general and by the novelists J.B. Priestly, who had a contract with The BBC in particular.

Churchill in fact never broadcast his famous ‘we shall fight them on the beaches’ speech on The BBC, or at least not until 1949, when he recorded it for The Beeb.  He actually gave his speech in the House of Commons, not broadcast to anyone, on June 4, 1940, heard only by the Members.  But there were millions of Britons who to this day (or at least as long as they were alive) swore that they heard the speech.  No less a figure than Marmaduke Hussey, the chairman of The BBC itself.

The day after Churchill made his speech to the House of Commons, Priestly spoke to the nation over The BBC.  Priestly had approached The BBC after noticing the enormous power of Nazi radio propaganda in Germany.  When he, Priestly, spoke to the nation, he admitted that, yes, there had been something of a setback in France, but

“let’s do ourselves the justice of admitting that this Dunkirk affair was also very English (and when I say English, I really mean British) in the way in which, when apparently all was lost, so much was gloriously retrieved… We have a queer habit – and you can see it running through our history – of conjuring up such transformations. Our of a black gulf of humiliation and despair, rises a sun of blazing glory.”

And it was here that Priestly spun the myth that carried the day as he turns to the small boats and steamers that, while they indeed were there, carried off but a very small percentage of the rescued when compared to the Royal Navy.

“they [the steamers] had something old fashioned, a Dickens touch, a mid-Victorian air, about them. They seemed to belong to the same ridiculous holiday world as pierrots and piers, sandcastles, ham and egg teas, palmists…. And crowded sweating promenades.  But they were called out of that…. Innocent, foolish world of theirs – to sail into the inferno, to defy bombs, shells, magnetic mines, torpedoes, machine-gun fire – to rescue our soldiers”

to this day, embedded forever in the popular memory as both fact and history.

This is the power of owning and controlling the media. Your own media.  You are free to create a world as you wish it might be, as you wish it might be seen, absorbed and remembered; and to disseminate that view, that world, that vision to a population ready to accept it as their own and to incorporate it into their sense of reality.

When Donald Trump made his run for the Presidency of the United States, never having run for any political office ever before in his life, the odds on his winning were not good.  On the day after Trump declared his candidacy, Ladbrooks, the British gambling firm offered odds of 100:1 against his chances of winning.  Had you bet $10,000 on the day that he and Melania descended the golden escalator at Trump Tower, you would have collected a cool $1 million on the evening of November 8, 2016.

Trump may have been a complete naïf in the world of politics, particularly when compared to the other 16 senators, governors and other politicos who were running against him. But when it came to understanding the media, Trump far outdistanced all the rest of them.  He, after all, had been not just the host, but also the Executive Producer of one of the most successful reality TV shows in television history, The Apprentice.  The rest of them had no experience whatsoever in either television or mass media.  In a world in which people now spend 11 hours a day staring at their screens, and 8 hours a day just watching TV, that would seem a fatal flaw. And it was proven so.

It was here, on television, and not in the mayoral office of some small town in America, nor in a Governor’s suite, nor in the US Senate, for that matter, that Donald Trump cut his teeth, and learned the Art of the Media from the best in the business. Trump was instructed by Mark Burnett, a man who had won 12 Emmy Awards not only for The Apprentice, which ran an astonishing 10 seasons, but for shows like Are You Smarter Than A Tenth Grader, The Voice, Bully Beatdown, The Contender, The People’s Choice Awards, Shark Tank and many more. Burnett, in fact, had produced more than 3,200 hours of some of the most successful TV shows in America. Here was a man who had his finger on the pulse of what America wanted and what resonated with the general public. Trump could not have had a better teacher.

There may have been 76 years separating Donald Trump from the evacuation at Dunkirk, but they were both ‘victories’ in the media sense. They allowed the protagonists to create their own reality, one that they were able to pass on to the public and have become the generally accepted narrative.

In the case of Dunkirk, Churchill and the British government were fortune to have owned, in a sense, The BBC, and to have been able to exercise control over what The BBC broadcast to the nation.  They controlled the narrative and they created their own highly tailored ‘story’ of success, even in the face of a massive defeat. It was their tailored story, as opposed to the actual truth, that then became the narrative and the reality that British people accepted and continue to accept to this day.

In the case of Donald Trump, even though Trump did not own or control a network in the way that Churchill owned and controlled The BBC, his understanding of ratings and the desperate need of TV and media outlets to hold an audience allowed him to manipulate the narrative in much the same way.

As Les Moonves, the then Chairman and CEO of CBS, one of the major TV networks remarked in perhaps an all too candid moment, “it may not be good for America [Trump’s candidacy], but it’s damned good for CBS”.  And it was.  Donald Trump, deeply understanding what drives ratings on TV – shock, adventure, the uncertain, an arc of story, great character, gave the television machine exactly what it was looking for, and they responded.  It was like offering heroin to an addict.

Donald Trump was such a ratings machine that thestreet.com estimated that candidate Trump had garnered some $5 billion worth of free airtime from the various TV networks.  Here was a man who understood the media in a way no politician before him ever had, but in a way that anyone who succeeds him will have to, if they wish to succeed.

When the British evacuated from Dunkirk, there was only one BBC. There was only one broadcasting entity in the entire country.  When Trump ran for President, there were only a handful of TV network and cable channels, and they were owned by a tiny handful of gigantic and incredibly powerful media giants.  He had to seduce them.  He had to convince them to keep putting him on the air.  He was not in control, but rather a supplicant – an incredibly seductive supplicant, but a supplicant never the less. And even if all his power, even as President, he found himself unable to really control the narrative, hence the ‘fake news’ appellation.  He didn’t own the networks, he just appeared on them.

You may not want to control the narrative to get elected to the Presidency, nor to make sure history was written in the way that benefited you (though you might). However, you very much might want to control the narrative so that you could use the media to sell your product, your brand, your idea or even yourself to the public.  You might want to have complete control over the story, and to use this remarkably powerful medium for you own ends, in complete and total control.

Video (or television, which is but one of the manifestations of video, a delivery mechanism), is perhaps the most powerful tool for selling an idea, a concept, a product or a person that has ever been invented. And, in a world that spends 11 hours a day staring at screens and eight of those hours watching TV, it would behoove you to try and either get your message or product on TV, or, were it possible, to own and control your own TV station or network.  And of course, now you can.