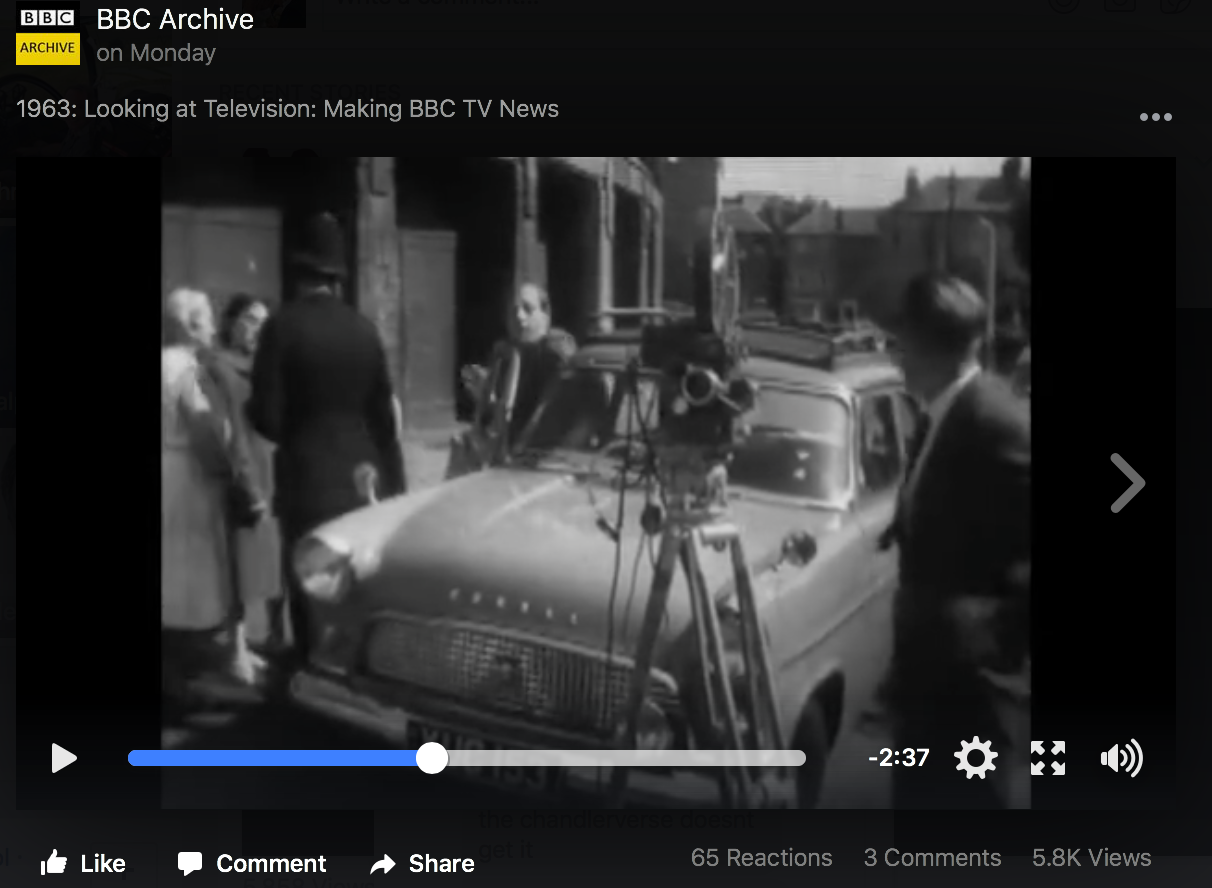 How TV News WAS Made

I am indebted to Quentin and Annette Howard (Quentin is from BFBS, one of our clients in the UK), for this fascinatng archival find.

This ws produced by The BBC in 1963, and showed 'How Televsion News Is Made'.

It's quaint and charming, in that old British way, but if you look closely, the 'way' that televsion news is 'made' is, in fact, not all that different from the way it is 'made' today.

Sure, the technolgy has changed.  The stuff doesn't come in on motorcycles anymore, or get flown in on Boeing 707s.

But in a more basic sense, the way television news is made has not changed all that much.

The 'crew' still goes out to cover the story. There is still a reporter wiht a stick mic, a cameraperson (mostly men in 1963), a 'sound recordist'. The stuff then gets back to the studio, where an anchor sits at a desk and talks to the camera.

In one way, looking at this you get that amusing archival sense. You also get that sick sense that not a whole lot has changed.

But one does not.