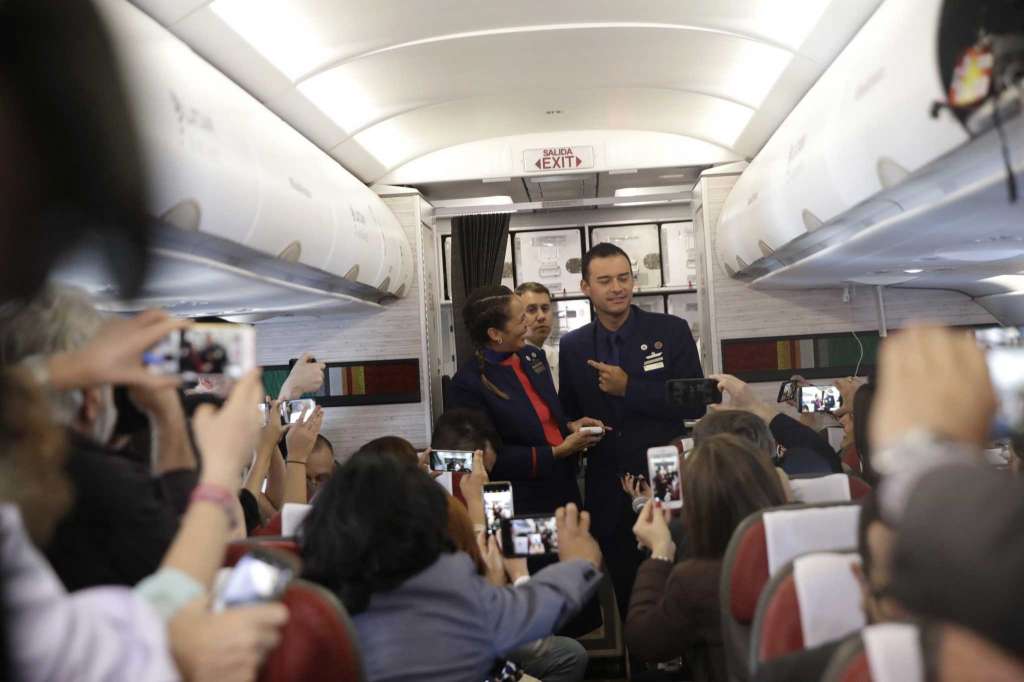 Flight attendants Carlos Ciuffard and Paola Podest were on a flight in Chile with the Pope, when the Pope offered to marry them (again) mid flight.

I caught this on NBC Nightly News, but what caught my interest here was the wide shot, in which you see that pretty much every passenger on the flight is recording the event with their smartphones.

Whether they are shooting stills or video, I cannot say, but they all have the capability of shooting video, which is, in a word, astonishing.

Everyone is now a journalist, or has the gear.  All the time. No matter where - no matter what happens.