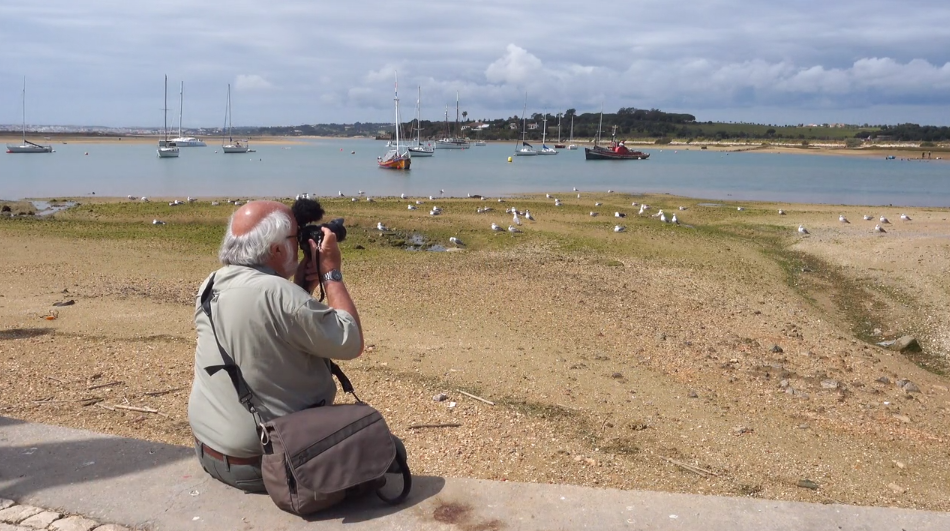 Inside Sony Artisan of Imagery and VJ Bob Krist's Kit

The Algarve from Bob Krist on Vimeo.

Bob Krist is a greatly talented photgrapher and video producer.  Bob began his career working as a travel photographer for some of the best outlets in the world including National Geographic. Trained by us, he has been able to transit his photography skills into the realm of video and has made a successful career from it.  Bob has always worked as a one man band and his photography experience helped him create some truly amazing video.

Bob now works as a freelance photographer and video producer and he has won countless awards for his photos and videos. Bob's work takes him all over the world and he is able to bring his vewers with him through his lens.  Bob is also an accomplished writer, often adding accompanying text for his work.

In the video above, Bob takes us on a trip to a fishing village, and you can right away from the first frame see his talent and skill.  Bob takes the viewer on a trip and makes them feel as if they are there with him. If you want to be a travel VJ, Bob is someone to study.  His shooting is disciplined, his images are beautiful, and he truly captures the spirit of his location.

In the video below, Bob takes us through his kit of cameras, lenses and other equpment he likes to use while on location on the Portuguese coast.  This is a great inside look into how one of the best works.

The Algarve--Behind the Scenes from Bob Krist on Vimeo.

What gear do you use? Let us know in the comments.