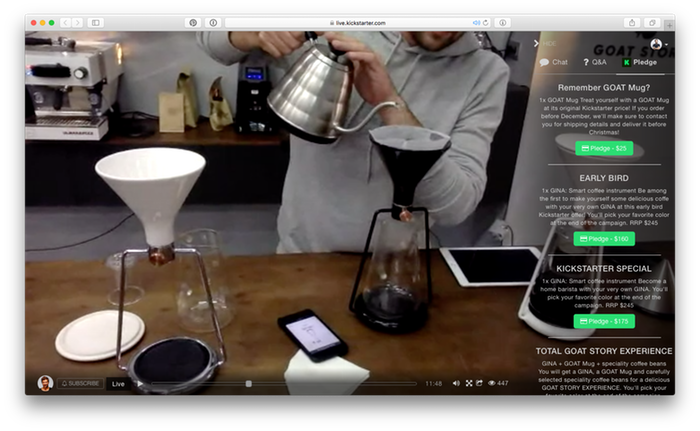 Kickstater announced today that it is releasing its own live video streaming platform Kickstater Live.  The new platform will be a place for kickstarter users to engage the community and make a more immediate, and intimate pitch to get funding for a project.

Kickstarter is promoting possible uses for the new service including product demos, live funding sessions, screenings and previews of work and much more.  The basic concept, as is with other live streaming video, is to put people in the same room together through video.

Over the past few years we have seen live streaming on the web explode with many different companies entering the mix.  Live video is a great tool for the reasons spelled out above: it's intimate, it's immediate, and it's pretty much free (for the user that is).  It has made communicating with the world much easier and has given broadcast access to almost anyone with an internet connection.