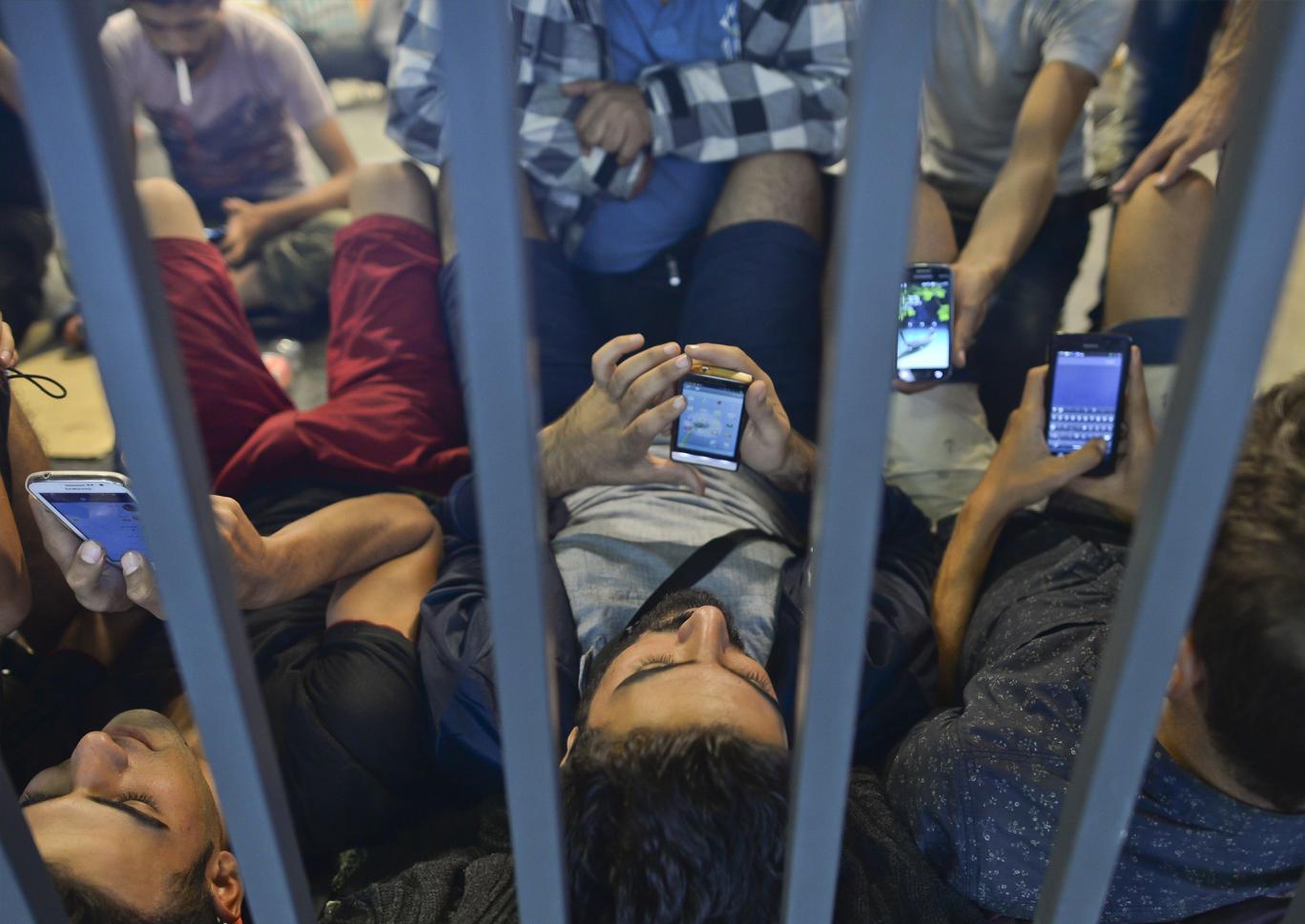 The British paper, The Independent, noted last week that most Syrian refugees have smart phones.  Not old Nokias, but state of the art smart phones.

This should not come as a surprise.  According to the World Bank, there are 87 smart phones for every 100 people i Syria.  (There are 110 for every hundred in Egypt and 123 per hundred in the UK).  Everyone has a smart phone now. And every smart phone has the capability of shooting broadcast qualiyt video.  They also have the capabiity of editing it and transmitting (or sharing) it worldwide, for free.

You have to assume that people undergoing the kind of trauma that the refugees are experiencing are probably shooting a lot of video - video about what is happenign to them, as it actually happens.

This is what you would call pretty good reporting. There are now apparently 3 million Syrian refugees.  If 85 out of every 100 have smart phones, then there are now about 2.5 million smart phones all shooting video of their personal experiences 24 hours a day.

You might think you might see some of that, even a small fraction of it on the evening news.  Yet in the past year, how much of that Refugee's Footage have you seen?

I would say none, but my friend Ian Wagdin at The BBC showed me a story that The BBC ran of a refugee riot in Cyprus, shot by refugees on their smart phones. So that's one. And it's some pretty compelling stuff.

But other than that... nada.

Why do we ignore such a potentially powerful source of original journalism? I mean, this is the REAL DEAL - not some 3rd hand report from some reporter fro Atlanta who has flown into Turkey or Bosnia or Hungary and doesn't speak the language and can only generalize and can't even interview anyone.