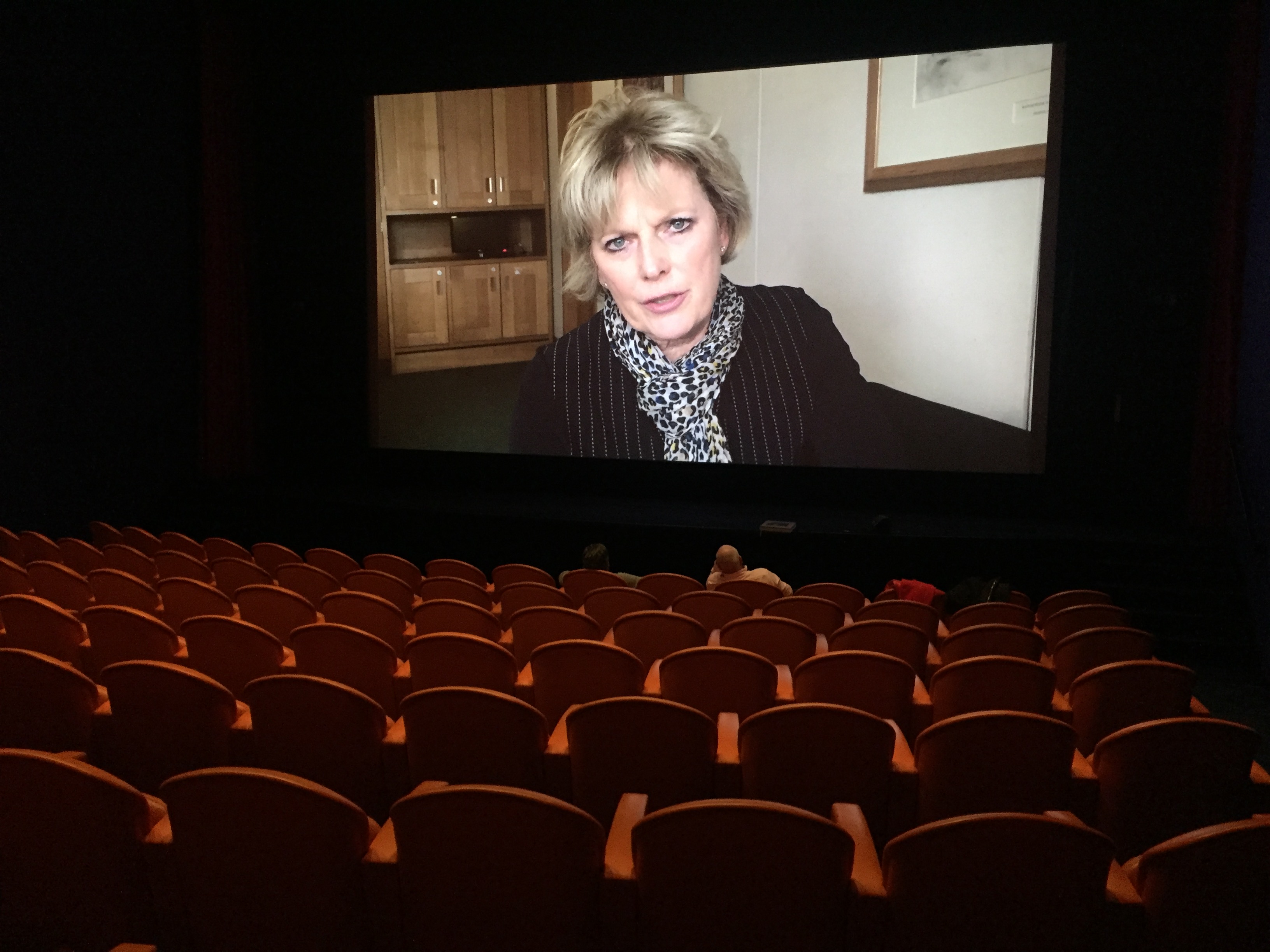 Last Friday, we screened a 40-minute film Lisa has been working on in a movie theater in London for more than 100 people.

We have shot and cut lots of video on smartphones and iPhones before, but that was always for the 'small screen' - computers, phones or even TV.  But we had never done anything that was going to be projected on a screen that was 30 feet high.

As with any film or TV production, you never know what the final product is going to look like until it is done. So in this case, we got to the theater a few hours early to 'test' the product.

It was not an editorial test.  She had been writing and re-writing and editing for weeks. This was a technical test.  Frankly, having done all of this in NY, we had no idea if the images, shot on phones, and done with no lighting, no special rigging, no lenses, no nothing... except the phones, would even hold together.

It is one thing to capture and reproduce an image a few inches across - maybe even 50 inches, but it is quite another to do it on a full sized movie screen.

I have to say that I was absolutely blown away by the quality of the images, as I think was everyone else. It far exceeded even our wildest expectations.

What you are seeing, by the way, is an on-camera segment with Anna Soubry, a Member of Parliament.  She shot this herself, on her own phone, and sent us the file.

Look at the quality.

It is absolutely astonishing.

Ironically, this morning I got an email from somenoe who was thinking of attending our next video bootcamp in London (April 3-6).

"How do you feel about shooting video with a phone," he asked.

"Is there any other way to do it?" I responded.

iPhones and Smartphones long ago wiped out the need to carry small digital still cameras (and the businesses that made them), iPods or M3P players, portable games, address books, notepads, tape recorders and fire.  Why should video cameras not be next?