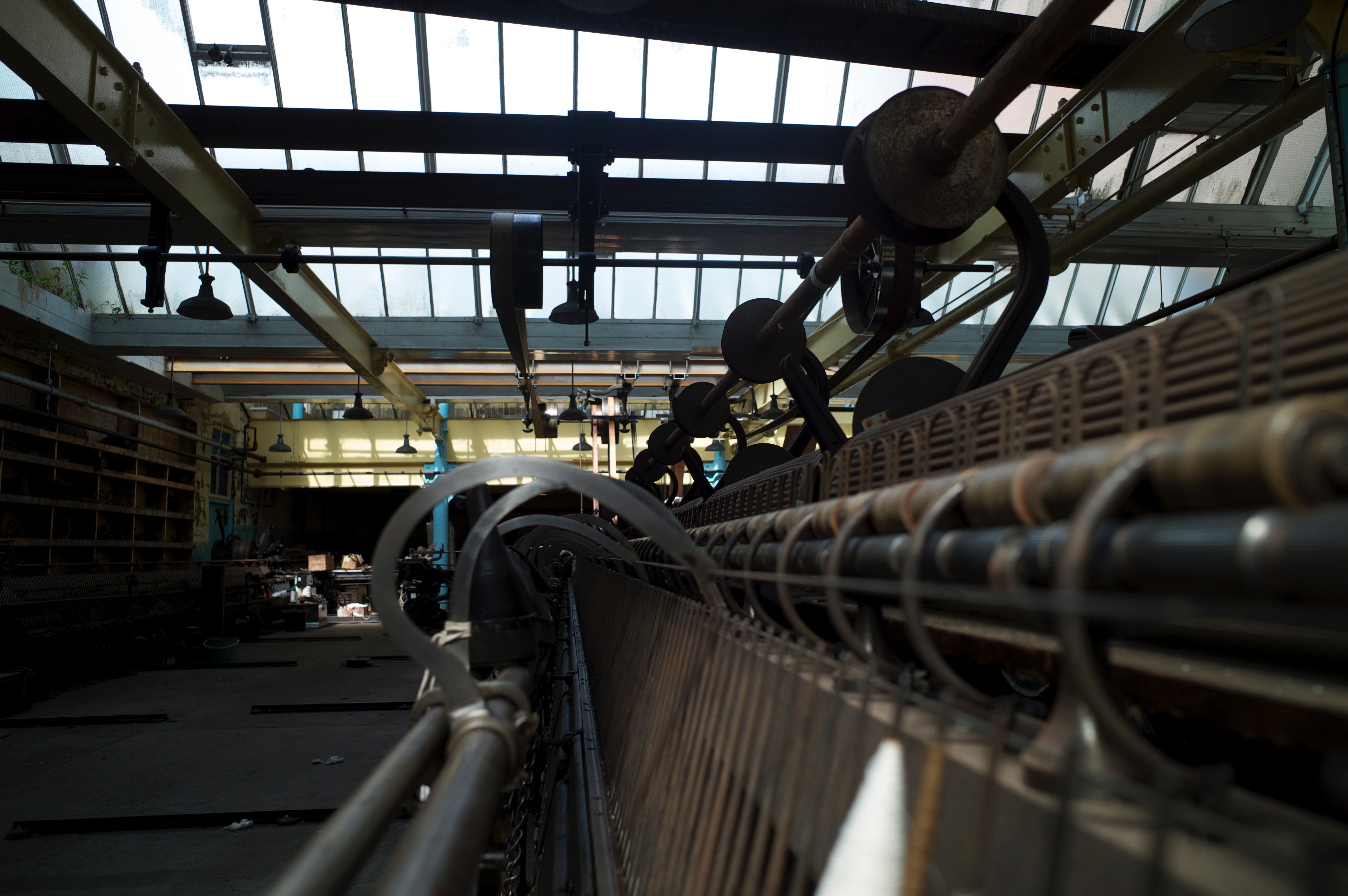 Donald Trump and 40 million other people will visit Britain this year.

Most of them will be drawn to the standard tourist attractions - whether it is the Tower of London, Buckingham Palace or Highclare Castle, set for the TV series, Downton Abbey.

Few, if any, however, will see one of the most interesting and most seminal historical sites in the world. It is not in London, but in Derbyshire, which is about 120 miles to the north.  It's the Cromford Mill.

This is where the Industrial Revolution began in 1768.

I had always wanted to see the Cromford Mill, and so Lisa and I set out to visit it. It stil exists, at least as a museum - or at least as a kind of Museum.  Sort of.

When we arrived at the Mill, we went inside, but we were astonished to see that instead of the museum we had expected, it was a shop selling woolen goods.  No musuem to be seen.

Finally, we asked a young woman who was working there where the musuem was.  She paused for a minute, not knowing what we were talking about - then the light bulb went off (not much wattage there to be honest), and she said - "Oh yeah!" and directed us to a set of narrow wooden stairs.

Descending into the darkness and finally finding the light switch, we found ourselves in Richard Arkwright's original cotton mill, the first one not just in the UK, but the first one in the world.

All of his equipment was still here, in the basment, left as though he and his workers had just taken a break for lunch.

Here were the long rows of 'splnning jennys' that turned cotton, picked by slaves in the American South, into the thread that was woven into the cotton cloth upon which the wealth of the British Empire was built.

Yet the place was empy.

No guides, no guards and no admission fee.

Upstairs the shop floor was humming, filled with shoppers looking for a bargain. Meanwhile, downstairs.... no one, except us.

So we wandered at our will and explored the space, which was enormous. Row after row of bobbins, threading machines, water powered and steam powered.

It was here, on this very spot, where both modern Britain and the modern world itself began.

Arkwright brought industrial processes to the spinning and weaving of cotten and changed the world forever.  Prior to Arkwright, all cloth, and hence all clothing (and everything else) was hand made.  Most things were made of wool, as cotton threads were so short it took enormous effort to turn them into thread by hand.

What clothing there was was made by hand, and rather laboriously.

Weaving a single pair of stockings could take someone (and most of the people who did this work were women) as week.  Of course, if you took a week to weave a pair of stockings, you could sell them for a fair amount. Weaving and the making of clothing was a classic cottage industry.  And it was how many people put food on the table.

Arkwright's invention - the machines and the idea of putting them into a factory changed everything.

Arkwright could make a few thousands stockings a day. Of course, it drove the cost of stockings down so anyone could afford one, but it also destroyed the old hand- made stockings (and everything else), and drove the lacemakers of Nottingham (and everywhere else) out of business.

Now, what does this have to do with iPhones?

The televison and video production business in the 20th Century was much like the lacemakers of Nottingham. That is, every piece of video or film was laboriously hand crafted.  As with the lacemakers and stocking makers, each video or TV show or film was assembled by hand. It took a lot of time.

When we were making reality shows for Discovery and TLC, the average turn around time for each hour or half hour show as about 19 weeks. It still is.  And the cable networks used to pay about $250,000 per show, which they still do.

Making video or film or TV was and to a great extent still is a cottage industry.

Enter the smartphone and the iPhone.

Like Arkwright's mills, the video phone slashes the cost of production. Away goes the camera crew, the editor, the producer and everyone else.

When Arkwright fired up his mill at Cromford, he flooded the market with cheap stockings.

Today, the world has been flooed with cheap video. 400 hours uploaded to YouTube every minute.  It would take NBC 30,000 years at full out production to equal what YouTube produces in one year. 30,000 times. And really at no cost.

It's a kind of Industrial Revolution in video.

For people who want to cling to the cottage method of video and film production, they have the same future as the lacemakers and stocking weavers of Nottingham - which is to say, none.

However, Arkwright's revoution at Cromford created wealth beyond imagining for those who 'got it' and got on board with the industridal revolution.

Likewise for those who 'get it'.

The demand for British cotton was limitless and global. People needed almost endless amounts of cheap cloth and cheap clothing and cheap stockings. But, of course, the cloth and the stockings had to be good- as good as the hand made.

The demand for video is not dissimilar.  Between the web and cable and broadcast, the demand for cheap video is also pretty limitless. The only caveat is, that like cotton cloth done by machines - it has to be good.