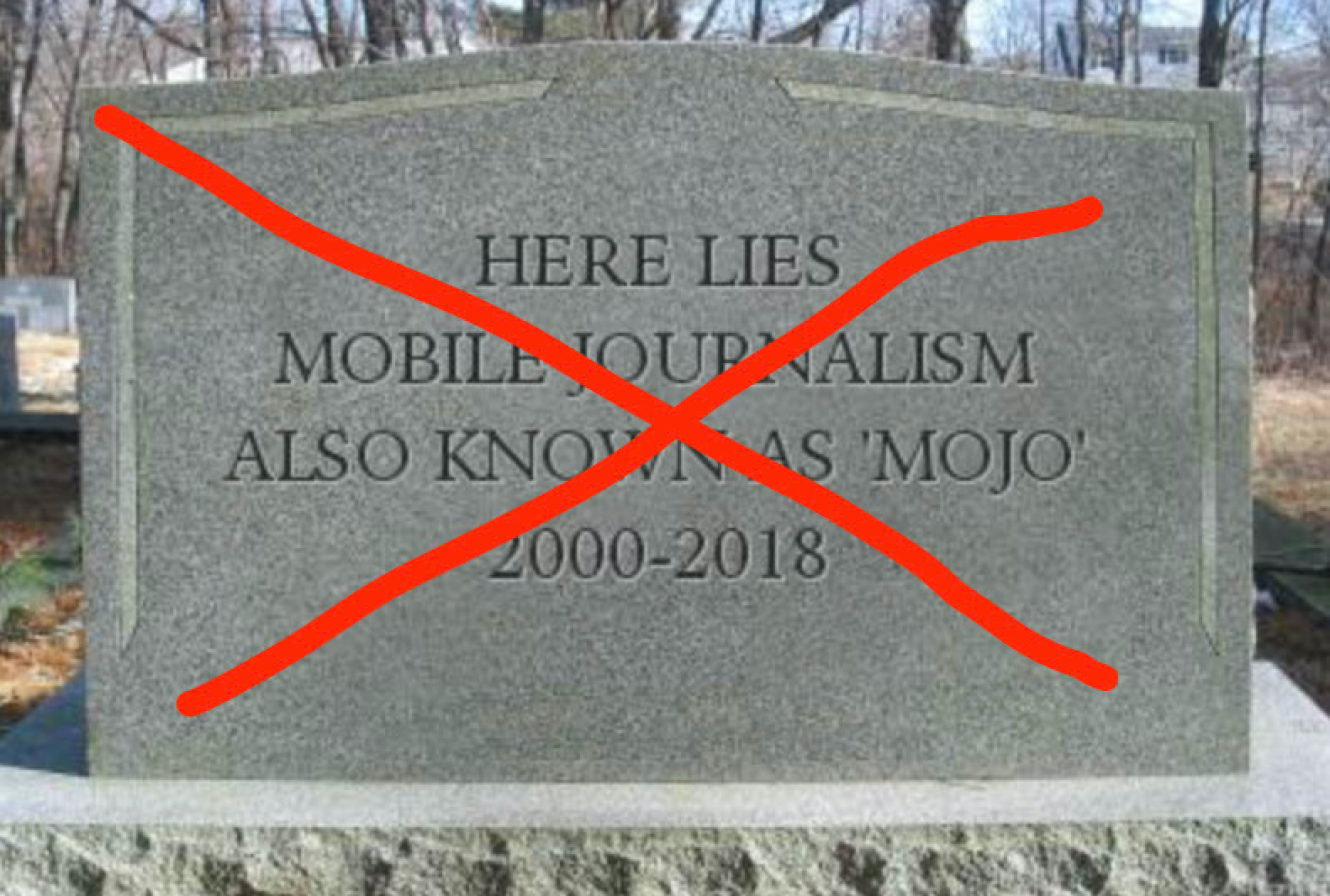 Is Mobile Journalism Dead? Or is The BBC?

Yesterday, Nick Garnett, from The BBC, posted an interesting article on the Mojocon site on Facebook. It was entitled, Is Mobile Journalism Dead?

MoJo, for those of us who are more familiar with the term VJ, or Video Journalist, is short for Mobile Journalist - someone who generally works for a video or television news organization and does all their reporting on a mobile phone.

Nick Garnett asks, (and I suggest you read the entire article get a better sense of it), if the promise of phone-driven TV news has not been oversold.  He offers a long laundry list of technical issues with phones as video tools.

I feel compelled to respond, as he quotes me in the last paragraph:

"One of my best friends suggests I’m following what Michael Rosenblum has suggested: the concept that if anyone can do it, then we’re all, to quote the originator of the VideoJournalist concept, “f*cked” because nothing we do is better than someone else doing it. I don’t agree."

Many years ago, in 1990, in fact, I went to work for Jan Stenbeck, an eccentric Swedish billionaire who was building the first commercial TV networks in Scandinavia.  He understood the VJ concept from a strictly financial point of view - we got rid of the cameraman, the sound man, the producer and so on.  It was VERY cost-effective.

But this story is not about journalism, per se, but rather about making content in general.

News, of course, was only part of the output of the new network. We did a lot of entertainment shows.  In the course of that, we bought the rights to the American hit TV series - America's Funniest Home Videos. (It is still on CBS on Sunday nights, right after 60 Minutes).

Our iteration was called Sweden's Funniest Home Videos - (but in Swedish).

Oh, a few people had those giant VHS cameras that you dragged out for birthday parties or trips. And without the ability to edit, inflicting 2 or 3 hours of raw footage on your friends and family once pretty much ended the video experiment.

So when we launched Sweden's Funniest Home Videos, it was necessary to ship video cameras and instructions out to people in Sweden who wanted to then make funniest home videos.

You see the problem.

Today, with 5 billion (I always say 3.5 billion, but who am I to argue with The BBC?) smartphones in circulation in the world, EVERYONE has a video camera - and I mean everyone - and they are with them all the time.

Hence, we are ALL now videojournalists - in that, we are constantly recording and 'reporting' stories.

Most of these stories end up on YouTube (500 hours uploaded every minute), Facebook, Instagram or nowhere at all. But they are being made all the time.

And, of course, this is upsetting to the elite few, who feel, and not incorrectly, that their exclusivity (and hence their value) has been invaded by the barbarian hordes.

And where does this leave us?

Well, to use an analogy I like a lot, in 1452 the same thing happened, except in print.

Prior to Gutenberg, books were the exclusive domain of the monks and the church. They were damned expensive and complicated to make.

Then, with a very cool piece of new tech (the printing press) suddenly EVERYONE was a writer - or at least could be.

Everyone could try. And many people did. They still do to this day. Where do you think books come from? They don't come from the employees of The BBC, do they?

So what happened to writing in 1452 is now happening to video.

Everyone has the gear.

Most are appallingly bad.

(I myself have several of my own unpublished novels you can read).

The more the better.

But who got squashed in the Printing Press Revolution?

The Monks and the Monastaries.

Who is going to get squashed in the Video Revolution?

So it isn't Mobile Journalism that is dead.

It's their current employers.

And that is no bad thing.