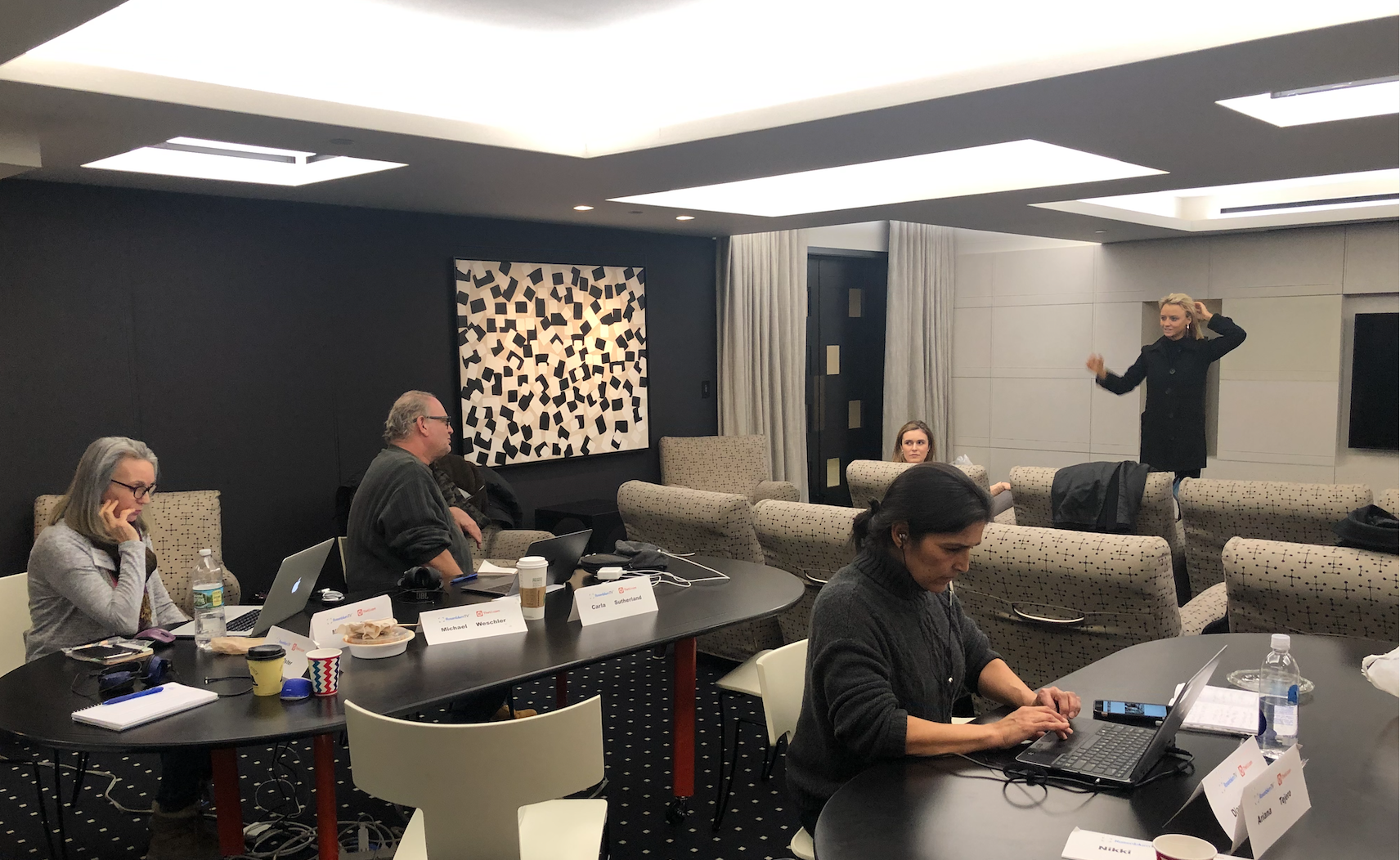 Is Shooting A 1:1 Ratio Possible?

This week, we are running another one of our video bootcamps.

Even though we are holding it in New York, we have a few MMJs (that would be VJs) from Spectrum1, the new 24-hour all VJ (or MMJ) local news station in Los Angeles.

They have to pump out a lot of stories on their own every week - and every story has to be perfect. This is, after all, the #2 market in the US, and a very competitive one.

We work (and we teach people to work) in a very different way.

The 'industry standard' for shooting news is 20:1. That is, you shoot 20 minutes worth of raw material for every minute that appears on the air.  Some people are a bit better, some are worse, but let's take 20:1 as the baseline.

If you are shooting a 20:1 ration, then only 5% of what you shoot ever makes air, That means that you are running a 95% failure rate for your work.  If you were in a manufacturing business and you threw out 95% of what you were making, you would soon be out of business.  The economics of that are just killing.

Well, you may say, "this is not manufacturing, this is 'art'". Welll, it also applies to the more 'creative' pursuits. If you were working for a newspaper, as a journalist, and you were told to write a 250 word story, and you started by writing 5,0000 words (a 20:1 ratio) and then spent hours cutting it back to 250 words, you would soon be looking for another job.  It's a phenomenal waste of time and effort, and it also only serves to muddy the waters and confuse you.

Well, producing video or TV news is in fact no different from writing a news story. The journalism is the same. What is lacking is the discipline.

This requires discipline. A lot of discipline. That, sadly, is sometihng that is often rather lacking in our profession.

The advent of video tape, and then digital made it possible to just keep shooting, seemingly at no cost.  But there is a cost. You have to screen it all. And that takes time. It also complicates your life in the edit.  Too many choices. It can become overwhelming.

We say 'focus'. Focus on the story you want to tell and then shoot in a very very disciplined manner.

People are often afraid of 'missing something'. I alway say, "I want you to miss almost everything.  But that which you do decide to focus upon, I want you to do perfectly, Every shot you do take should be perfect."

This, I learned, from a fantastic old school cinematographer named Mario Biasetti.

He taught me to take my time and focus before I hit the record button.

He also taught me the most important lesson of shooting - CALMA.