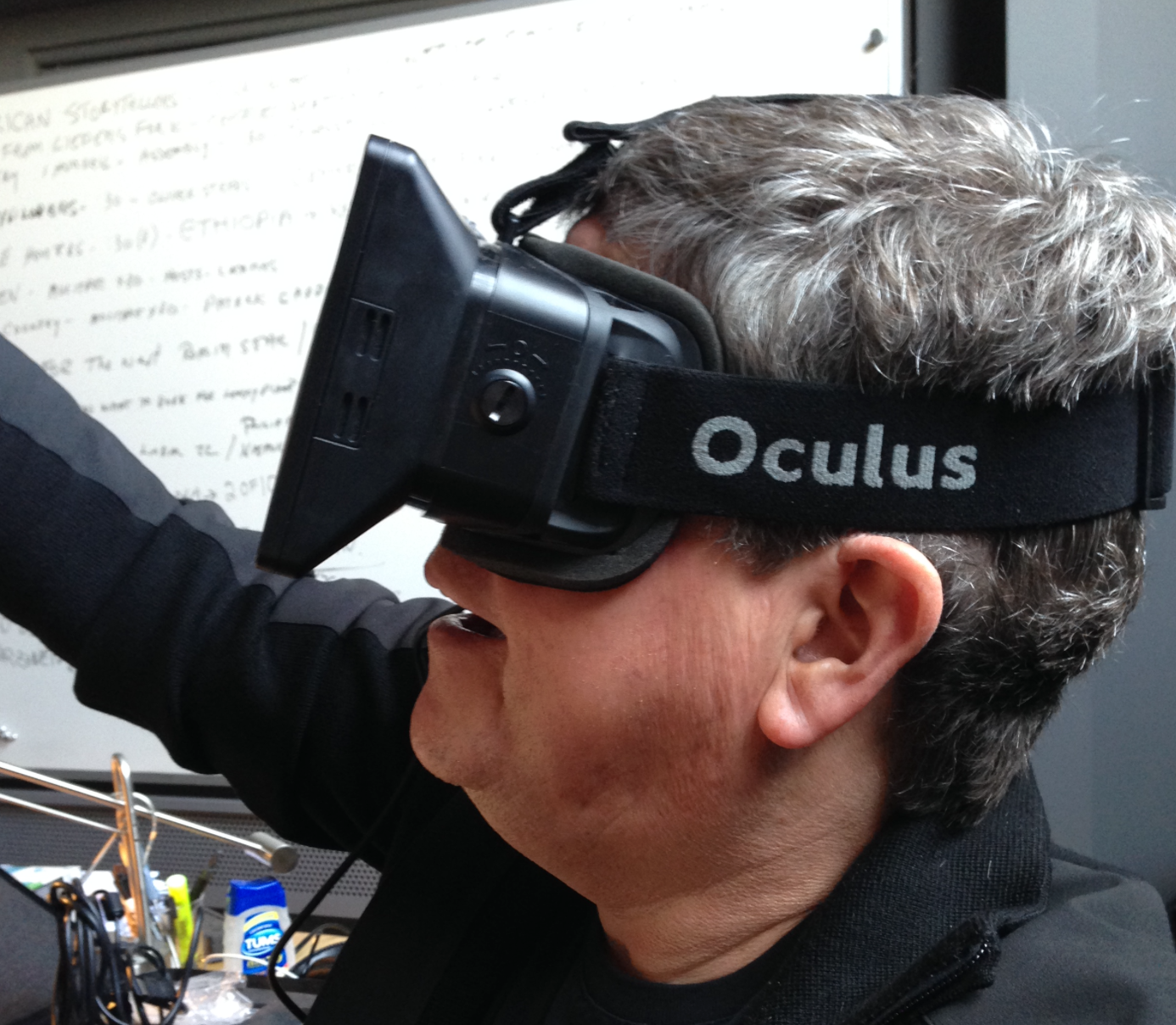 I am lost in the world of VR. Very lost

Is VR a Lot of Crap? Or Is It Just My Imagination?

Well, maybe this my Cranky Old Man Get Off My Lawn Moment... or maybe it's my Emperor's New Clothes moment.  Who can tell?

I have always been a proponent of new video technology.  I have my 3D camera!  I have my Google Glass over there in the drawer.  I have my L-16 camera, waiting for the video upgrades.  I don't think anyone can call me a troglodyte.

The other night, Lisa and I attended a meet up in NY at Vimeo Headquarters down in Chelsea.

Spectacular space by the way - really amazing architecture, and righ next to the Hi Line.

I was there to give my usual talk about 'how to make a living in video', There were two other speakers. One was there to talk about and give a demo of VR tech and video.

I was all ears. I am always  interested in new video tech.  I still have my original Oculus developer's kit.

She threw some video on the screen to show what was apparently the 'cutting edge' of VR tech when applied to video.  Mostly I think this stuff shows up on Snapchat.

But that was not all!

Then, we got shown a video clip of a woman with a hat.  The hat was not real. The woman was.  "Look, when she moves her head, the hat moves with her".

Finally, we got a demonstration of a woman who appeared to be in Paris, but isn't. But look, she looks like she's walking in Paris.

And that was it.

It reminded me a lot of when I saw the first demonstrations of 3D TV.

Write to me and explain.