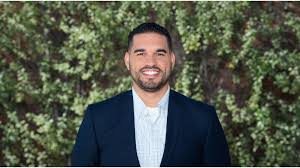 JD Carrere, MMJ at Spectrum1 and a Bootcamp Grad

Next month, we are going to be running another bootcamp in NY.  There will be a few MMJs from LA's Spectrum1 attending. We have been working with Spectrum1 for a long time now, training all their MMJs.

JD Carrere was in our very first bootcamp for Spectrum1 in LA.

He was more of a cameraman and tech guy than a 'journalist', at least then.

Take a look at his most recent work.

Here's his bio and a note from him.

JD Carrere joined Spectrum Networks in 2012 as a production assistant, when they launched (then Time Warner Cable) SportsNet coveting the Los Angeles Lakers.  Years later he became an editor for the network that launched a second network covering the Los Angeles Dodgers.
When Spectrum News 1 was starting to form, JD didn’t know if getting into the world of news would be a good fit.  Even though he worked as a MMJ before (over a decade ago in a small market).
However, the leadership at Spectrum was forming their team with a different philosophy than most newsrooms.  They were looking for people who were passionate about their work and their communtiy.  Also with the mindset of telling character driven visual stories for TV news.
JD the native New Orleanian, moved to LA in 2011 on a one way plane ticket and a suitcase full of clothes.  Now married with 2 boys (and another on the way), he now considered Los Angles to be his home.
When it comes to the types of stories he wants to tell, JD would tell you that he “wants to take you to a place that you can’t go or won’t go.”
He would also tell you this in his own words about his thoughts on The VJ method.
“Taking Michael’s class was both informative and fun.  Some would say his methodology is an acquired taste, but it’s one i happens to like myself.  There have been more occasions than I can remember when the visual story telling methods have gotten me out of a bind in a breaking news situation where I don’t have much time to shoot.  There have also been many times when I know I would have shot, edited and told the story differently,  it ultimately knowing the method I learned from Michael would be better.  So if you ever take his class, yes, if even for as few days, forget everything you know or you think you know about making television.  If you do, much like myself, you might learn and grow to be better than you ever though you could be.”
Start a Free Trial
Start a Free Trial Now