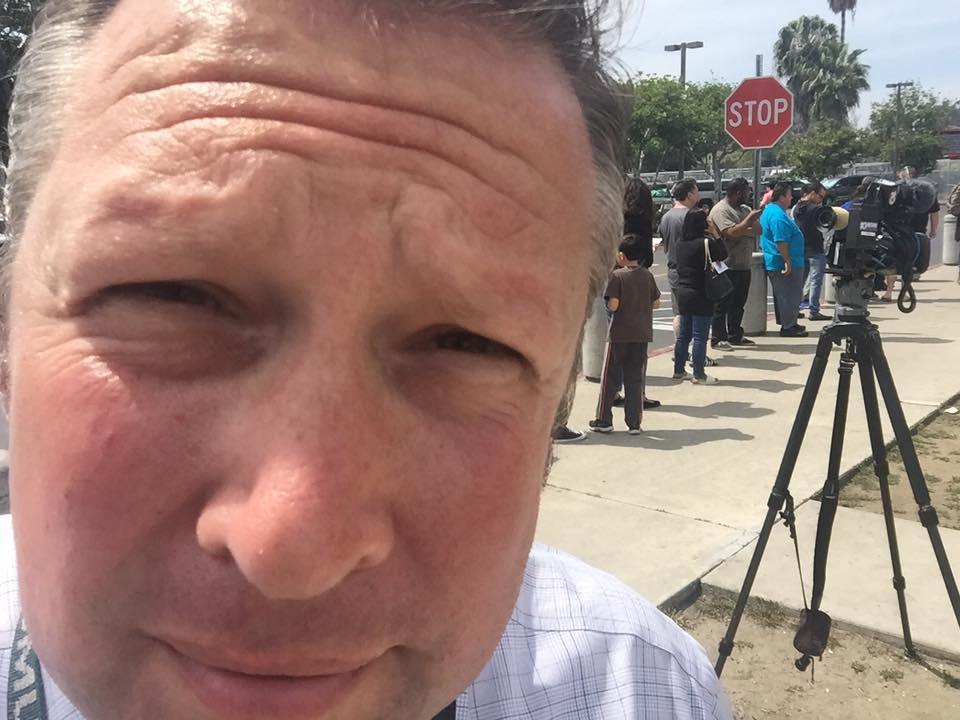 Joe Little: Why You Should Always Use A Lav Mic

Joe Little is a VJ, or MMJ, working for 10News in San Diego who was trained by us. Joe has stuck with the VJ life and is now quite successful in San Diego. Always looking to pay it forward, Joe has released this video for TV News Storytellers and the NPPA News Video Workshop on Facebook explaining why he always uses a lav mic with his subjects, and why you should too -- especially for the non-believers.

If you're not too familiar with audio equipment, here's a quick breakdown of the differences between a lav mic and a stick (or shotgun) mic:

A lav mic is a small wireless mic that you can attach directly onto a subject. You'll probably recognize it as the little mic that most TV presenters wear on their collar during a broadcast. A stick mic is usually wired, although it too can be wireless, but is probably what you more commonly see on a TV news broadcast. It's the one that looks like a performer's microphone usually with the stations logo near the mic.

So why use one vs. another? Here's a basic breakdown of what Joe has to say:

Most people in local news think they have to use the stick mic because it gives the station branding; but the viewer already knows what station they are watching (it's usually on the screen somewhere at all times) and the stick takes away focus from the character or subject of the story -- which is where you want the viewers focus really.  With a lav, you can barely notice the microphone and therefore the viewer can solely pay attention to what the person is saying, which is why they are on camera in the first place anyway.

Secondly, using a lav gives both you and your subject more flexibility. When you are using the stick mic, you need the subject to be still, stay near you, and it creates a formal interview atmosphere. While a lav could allow you to get soundbites in real time in the situation you are capturing, rather than block off time for an interview. Say you are embedded with some paramedics and you want to get a soundbite: put a lav on one and you can ask him or her at any time to respond to what is happening, use a stick mic and either you have to shove it in their face while they are trying to work, or you have to wait until much later to do an interview and get them to remember the situation you want to ask about.

Long story short: get a lav, and use it!

Great work Joe! Keep it up!