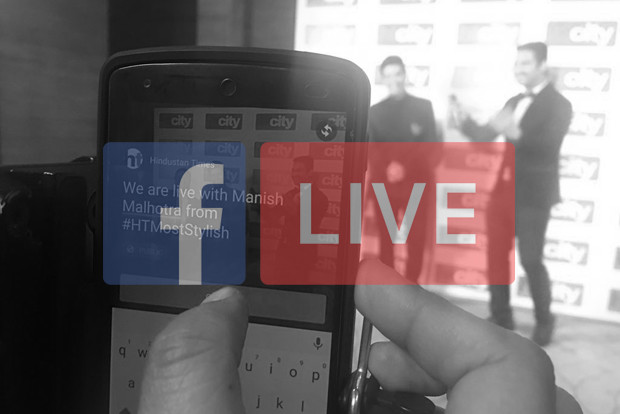 Facebook Live has taken the world by storm in the last year. With just the tap of a screen on an iPhone a person can broadcast live to millions of people around the world. This is something that used to take millions of dollars worth of equipment to do, but now can be done with just a smartphone. People around the world instantly took advantage of this technlogy and live streaming became a house-hold term.

It didn't take long for established media outlets to take advantage of the technology as well. In a fracturing media landscape, it became a way that publishers and journalists could engage with their audience in a more intimate way than ever before. It made video far more accessible to many who had never used video before.

However, just because it is easy to do, doesn't mean it is easy or simple to do right.  Anyone can go live, but how does one make compelling content that attracts viewers? The Hindustan Times has been focusing on this for the past year and has gained some valuable insight on what works and what doesn't on Facebook Live.

Caroline Scott from Journalist.co.uk sat down with Yusuf Omar, the mobile editor at the Hindustan Times, to discuss some strategies for live streaming.

Ten months ago, the Hindustan Times began to focus on content creation through mobile journalism, looking at how it could adapt its newsroom using smartphone technology to source, produce and share stories in the most efficient way, while improving its audience engagement.

Although the use of shooting and editing apps was encouraged, a third of journalists in the newsroom found they struggled for time to produce video packages for social media alongside their day-to-day reporting.

As a result, the Indian publisher now has a new strategy to "just push the red button", asking its reporters to go live on Facebook for every story they do, finding it a quick and creative tool to engage with audiences, and a useful way to get footage back to the office where it can be re-packaged and uploaded for further use.

"We're doing a lot of Facebook Lives because we are seeing such incredible results," said Yusuf Omar, mobile editor, Hindustan Times, who noted the top three most-viewed videos on the publisher's Facebook page last week were all live, shot on smartphones.

"In the age of fake news, of not being able to tell what is and isn't real on your timeline, live video offers a really raw, authentic experience – and that is fundamentally what it's about," he said.

With 40 members of staff having direct access to the Hindustan Times Facebook account, Omar explained the mobile newsroom is constantly finding new ways to develop its practices, but has now established 10 core elements it believes form the perfect live stream.