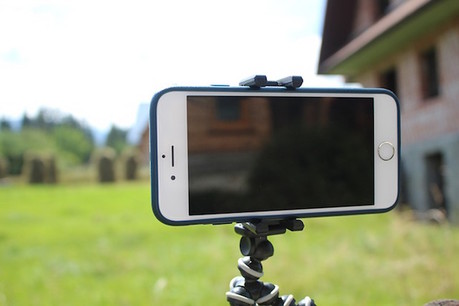 Journalism.co.uk: How Finland's MTV3 is bringing mobile journalism into the newsroom

All over the world, news outlets are utilizing smartphones for their video news gathering.  With the one device, a person can create a fully professional, broadcast quality video with ease, so it is no surprise that media companies are leaning in.  Of course, we do not see major media outlets like NBC or The BBC go head first into the mobile revolution, but elsewhere in the world we see other outlets taking risks and adapting to new technology.

One case study in particular is MTV3 in Finland.  They have embraced mobile video production and it has had great results.  Caroline Scott of Journalism.co.uk reports:

Raija Kantomaa, lead mobile journalist at MTV News, brought the skills to the news organisation after attending training two years ago at a senior editor's recommendation.

"We knew that journalists needed to become more digital-savvy for the future, and I wanted to make sure we were ahead of the curve," she said.

MTV3 is a Finnish commercial TV channel which, along with a variety of other broadcast output, produces daily bulletins from MTV News.

“At MTV News we have a small team, so mobile journalism can help us connect with our audience and produce news faster.”

Kantomaa now produces both television news packages and social content for MTV News on her iPhone 6S Plus, working on the news organisation's Mediadesk, alongside journalists who use traditional television cameras.

"I’ve started to train our staff in some of the storytelling formats that can be produced with iPhones, for online and television news, ranging from live video to working with still images.

"My aim is to find the best ways to report on events as they happen and send stories straight back to the newsroom – or publish them directly to our webpage or social accounts ourselves," she said.