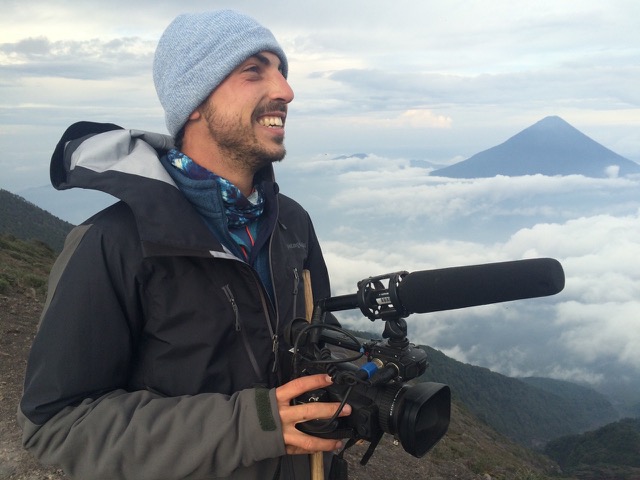 Journalism.co.uk: Journalism in the Next 10 Years

There's no doubt that journalism is at a crossroads. It seems like we've been here for a while, but it has really become far more dire in only the past few years. It used to be that journalism was something seen as a public service. At least in the early days of radio and television, news was something that the network or station did out of the public good, not as a part of it's bottom line. Needless to say these days have long past. Now news is just as much about revenue as it is about truth.

Have you ever seen the movie Network? It showed us where we were headed with television news. Nowadays they say if it bleeds it leads, and in many cases that's all there ever is. Exciting news headlines meant to bring in the maximum number of eyes without worrying about the public interest or public good.

Furthermore, we find ourselves at a time when the number outlets has increased dramatically. Where there used to be three TV networks, a handful of national newspapers, and local outlets, there are now infinite 'news' sources available on the internet that can have the affect of questioning exactly what journalism really is.

Whether it is this need to entertain, or more recently " a deliberate attempt by the new US administration to, bit by bit, corrode its reputation and semiotically reposition it as “fake” and dishonest, says American video journalism pioneer Michael Rosenblum" there is no question that journalism is in a state of crises.

David Dunkley Gyimah, leader of the Digital and Interactive Storytelling LAB at the University of Westminster, writes about the future of journalism:

Ten years ago as featured in Journalism.co.uk, I was fortunate to be part of a loose movement of independents innovating within multimedia and digital. I won a US Knight Batten Award for Innovation in Journalism for work that the judges said ‘foreshadowed the future’, followed by an international award for video journalism in Berlin, documenting the UK’s first regional newspaper journalists I had trained to become video journalists on the Press Association’s scheme. Truth? I had ten years already to reflect from multimedia and videojournalim in 1994 with Channel One TV — the UK’s first station driven by multimedia and video journalism.

Both awards, by jurors comprising academics and journalists, acknowledged the diversity of stories, from a diversity of people i.e. BAME, wrapped around emerging technologies. Since then, journalism has been met with one brilliant technology after another, bringing new ways of reportage and dissemination across platforms. But there’s also traces of foreboding.

Techno-fetishism, which my colleague mooted in 1995 as invading the industry via cable and a nascent net (see here), has taken hold aggressively, whilst also subtly drilling into journalism’s core. This isn’t about anti-technology anymore than the death of craft skills, but as addressed in Carolyn Marvin’s brilliant 'When old technologies were new', sometimes it's commercialism that is the driver for building enterprises around tech. No sooner does the mobile phone emerge than a veritable confluence of third-party rigs and accessories launch.

Mobile has played an important part in journalism as a platform, capture and viewing device. You’ve no doubt seen the picture of the mobile phone 'frankensteined' out of its case to look bigger and more menacing than a shoulder-mount camera. Er, buy a bigger camera then? With 3D, the industry and consumers weren’t buying it. Now it’s VR’s turn for the big push. We await what happens.

No, the issue isn’t tech, but whether attention should be turned to examining areas closer to home at conferences. We can explore the stars, but the oceans have secrets we still just don’t know about.

Chasing squirrels, dead cats, and depth manipulators, as framed by Vance Packard’s classic 'The hidden persuaders', is giving journalism the run around. Sir Lynton Crosby devises a distraction, a dead cat, journalism appears moribund at holding its ground. If PR can dream up ever more fanciful campaigns based on their understanding of human psychology and behaviour, could journalism up its game by learning more about its adversaries, and how it could be more independent? Could it say 'no! That’s a dead cat'?

The impact is circular. What the industry wants is what graduates must acquire, which is what higher education must provide. How then can we capture the essence of 2005, not as recidivists but in innovating anew? Aleszu Bajak has written about how newsrooms are now investing in news labs. The New York Times, BBC, BuzzFeed are but a few which compliment a penchant for hackathons that bring like-minded people together.

It’s something that higher education could look at too: equipping students with new knowledge and add skills to impress future employers, to work in roles that, like in 2005, had yet to be created. The issue however, according to the editor of BBC News Labs Robert McKenzie, is that while the lab is about a team pushing new ideas by experimenting, it’s important to note that experiments don’t always work so well, or not at all. Furthermore, the Lab isn’t part of the mainstream news operation, but something unique, dedicated and separate.