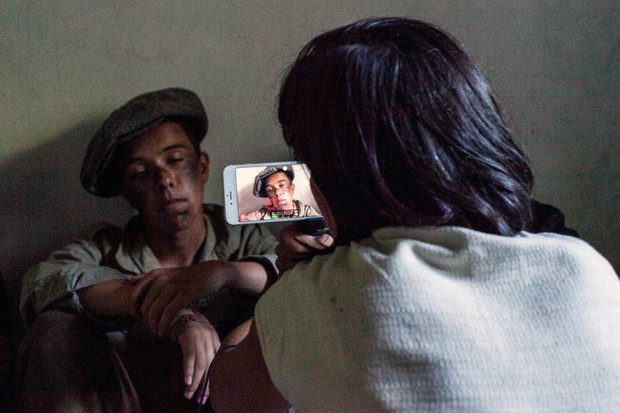 Smartphone journalism is sharply on the rise. With broadcast quality cameras, apps for editing and distribution and plenty of accessories, smartphones have become great broadcasting tools for professionals.  What used to take a truck and hundreds of pounds of equipment can now be done from that little device in your pocket that you also order take out on.

Everyday we see a new example of great work in video being done with smartphones and today we want to share one with you.

As smartphone technology improves and audiences continue to turn to social media to get the news, publishers are experimenting with video formats and using mobile journalism techniques to produce short-form content in a more time-efficient way.

The piece, called "Time to revenge", was filmed and edited by Suarez in her spare time. It tells the story of a soldier who fought for the Republicans in the Spanish Civil War, who escaped being killed by the Nationalists after his side lost, living until he was 97 years old.

"I chose to use my skills in mobile journalism to produce the documentary, as it allowed me to shoot and edit the whole story myself – free to tell it how, where and when I wanted," she said.

"His personal story is not well-known, but a lot of people living in Asturias are still personally affected by the war 80 years on, so I felt this it was an important issue to explore – which I was able to do using basic mojo kit."