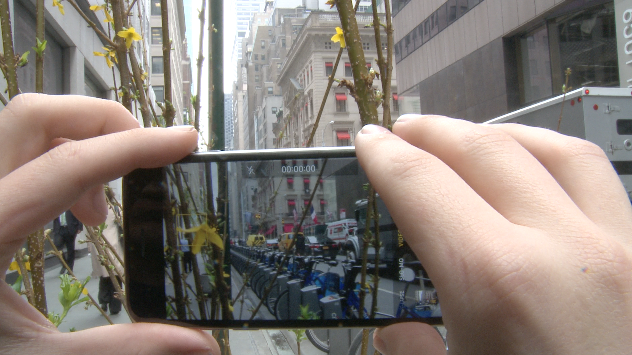 Journalism.co.uk: Why Mobile Will Dominate Journalism by 2020

The answer to both of those questions is probably yes.

Do you consume news on your smartphone? Do you know someone who does?

The answer to both of those questions, as well, is probably yes.

More and more people are using their smartphone to consume news and video content. As video continues to dominate the web, particularly the mobile web, news outlets are tailoring their content for mobile devices and for video. This shift in how content is consumed by viewers is not only changing the way that content is delivered, but also changing the way that it is produced.

According to Glen Mulcahy, the head of innovation at RTÉ Tech, speaking to a group of mobile journalists (MoJos, or VJs as we call them) in London earlier this year, as reported by Caroline Scott for Journalism.co.uk, much of the news business will be focused on mobile primarily by 2020 -- not only as a distribution point, but also for production. Journalists will not only be focused primarily on video, but will be producing that video on smartphones to ensure quick turnaround and to be able to cover more stories than they can with just a few standard crews.

Mulcahy believes that this shift is driven both by the fact that people spend a huge amount of time looking at their smartphones browsing the Internet, and advancing smartphone technology. As for the first part news, as a business, wants to find consumers where they are. That used to be at the news stand every morning, or TV screens at night, but now it is a 24 hour cycle that plays out more on smartphones than those other distribution points. With this changing consumer behavior, they must focus on where the eyes are in order to survive.

Additionally, smartphone technology is advancing not only allowing consumers to spend more time and do more things with their smartphones, but also allowing producers to create high quality content. Mulcahy points to a few key factors that are at play here for both consumers and producers. First, smartphones now have better processing power, better battery life, more storage capacity, better Internet access (both wi-fi capability and mobile Internet access), and can handle larger video files. All of this allows a consumer to use their phone more to watch video. They can stream longer, higher quality video faster and easier than ever before, and with each new phone model it gets better and better. These advancing technologies also make it easier to producer video on a phone. Longer battery life means longer use as a producer, better Internet means they can distribute easily from the phone, better processing allows for better video capture as well as more sophisticated video editing right on the phone, and more storage means they can do it all without having to transfer over to a computer.

Most importantly, to producers, is the continued advancement of smartphone camera technology. With every new phone model we see more powerful, and smaller, cameras on smartphones. The best of them, like the iPhone, Pixel, and Galaxy can shoot amazing video in 4K that you wouldn't be able to tell wasn't shot on a fancy DSLR. It used to be that when traditional video producers who are used to working in crews with big cameras said that you couldn't get the same level of professional quality with a smartphone it was mostly true, but now it is nearly impossible for a consumer to tell the difference.

Another point that is important in this discussion is cost. It costs significantly less to work with smartphones as a news operation than in the traditional crew set up. Not only is the quality just as good, but you no longer have 4 people doing what 1 person could easily do, which frees up those 3 other people to produce content with phones as well. Now a news operation can have a siginificantly larger grasp of the local area and produce a lot more content for people to consume.

A standard news operation should be using smartphones not only to be on the cutting edge of technology, but also because it makes sense from a business perspective. It costs significantly less than big gear, you can put more cameras out on the street than you can with a traditional crew set up, and your turnaround time is much faster and can keep up with the fast-paced cycle of content that is the Internet.

According to Mulcahy, and everyone would probably agree, smartphone technology is only going to get better as time goes on and it will become easier to both produce and consume video on your smartphone, no matter what model you have. Furthermore, all of the big players on the web, like Facebook and its new Watch section, are preparing for the internet video takeover and know that video content is what drives the most traffic, and ad dollars, on the web.

So what does this mean for you?

If you want to start producing video, either journalism or not, smartphones are a great tool for you. No longer do you have to spend a huge amount of money on equipment to start your career in video, you can start with just the smartphone in your pocket. This technology, paired with training you can get here at VJ, opens up the industry to a huge portion of people than before. Additionally, with so much video content being consumed on the Internet, there has never been a better time to start producing as the demand is so high for quality content, and a huge amount of platforms and outlets desperate for content and looking to buy cheap. With a smartphone you can produce video for cheap, and then sell it for a nice profit to the right buyer.

Want to learn how to shoot professional video on your smartphone, start your own TV network, tell compelling stories in video, and turn it all into a profitable career? You can learn all of that with our proven courses here at VJ.

Read the full article here from Caroline Scott for Journalism.co.uk.