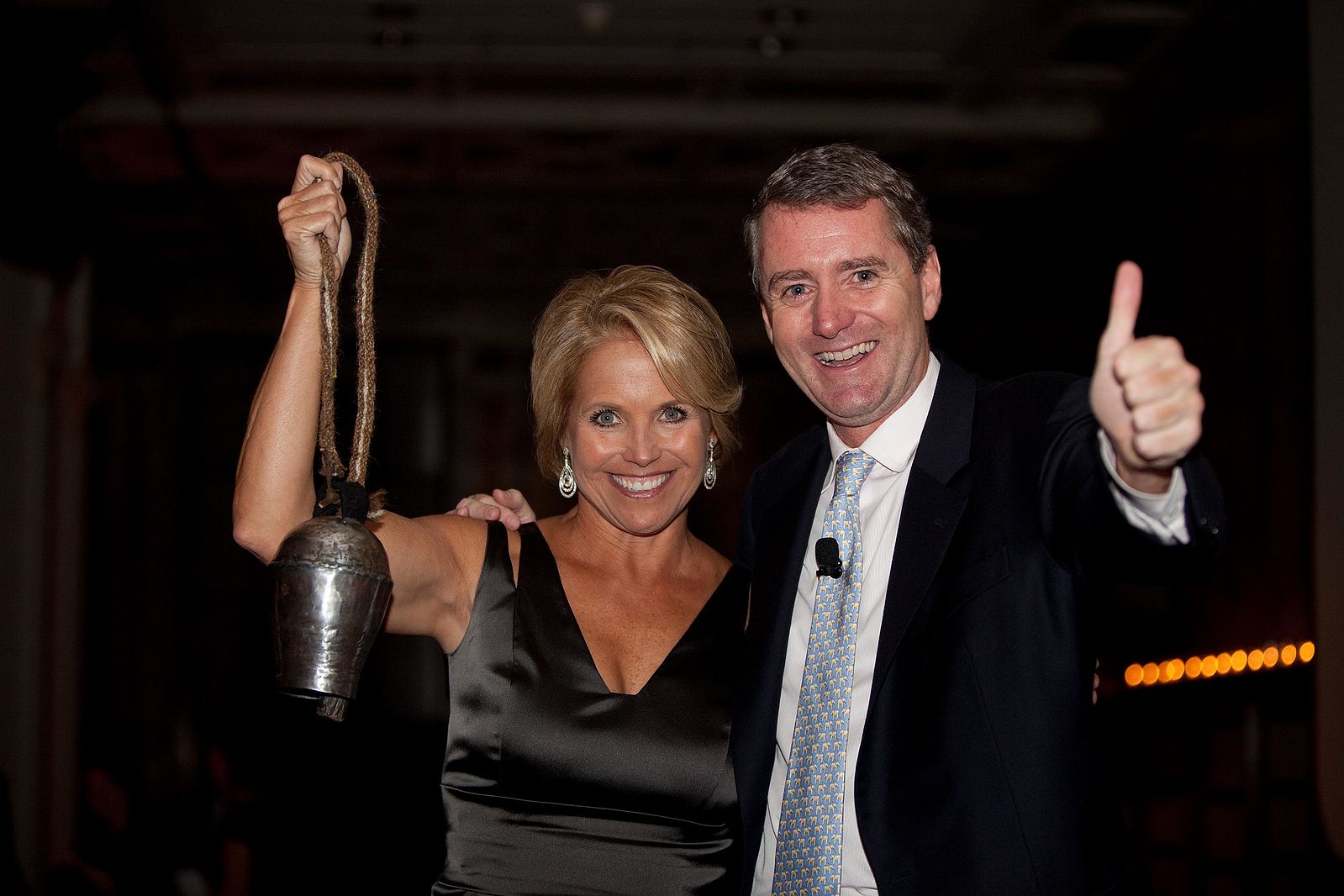 Katie, pot of gold and I don't know who.. image courtesy Wikicommons

Now it can be told.

(and everyone seems to be telling it).

Former CBS Evening News anchor Katie Couric 'quietly' took a $1M pay cut so that CBS News might be able to keep on some of the regular staffers who were facing firing in light of cutbacks.

I will save you the trouble of going to the link and lift the graph directly from Page 6:

"Agent Alan Berger recalls in “Powerhouse: The Untold Story of Hollywood’s Creative Artists Agency” that “in the third year of Katie’s tenure . . . upcoming budget cuts would involve significant layoffs . . . from senior-level producers to young associate producers — all key contributors to the production of the daily newscast.”

This is supposed to impress people, I suppose...

The 'great reveal' is also, I suppose, supposed to push sales of the new book in which this great secret is told:

The journalist’s deed was revealed in “Powerhouse: The Untold Story of Hollywood’s Creative Artists Agency” written by James Andrew Miller.

(I didn't put in the link. You can find that on your own if you want).

What this tid bit of behind the scenes information made me think was how incredibly overpaid network news anchors were and are. I mean, let's be honest.  Couric may have taken a pay cut of a cool $1 million, but that was on a reported salary of $15 million a year.

Can we get serious here?

$15 million dollars a year to, essentially, work 22 minutes a night reading what someone else has written for you?

Is this a job or an adult?

Yeah yeah, I know. She's a great journalist. She contributed so much to CBS News....  blah blah...

Now, just for a minute, allow me to hypothesize.  Let's say, just for argument's sake, that CBS paid Couric a paltry $5 million a year to be the anchor. Still, not a bad piece of change.

Now... thinking objectively for a moment, which iteration do you think gives you the better journalism.. the better world coverage.. the better news....   Katie at a desk and no one else... or Katie at a desk (admittedly barely having enough to eat) and 100 killer journos worldwide with video cameras rolling and reporting.