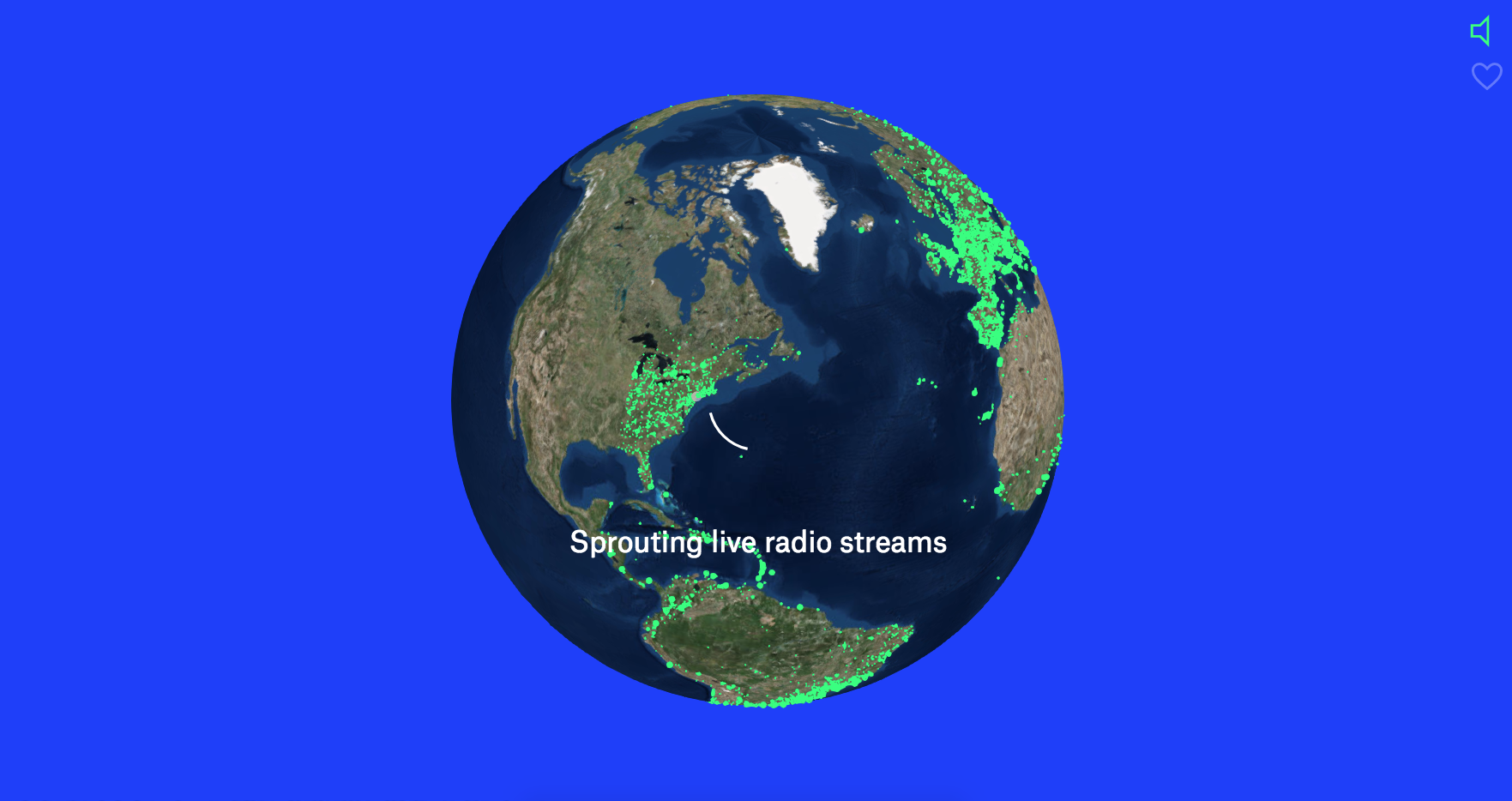 Listen to Any Radio Station in the World

An amazing new website, radio.garden, lets you listen to any radio station, from anywhere around the world, for free on the internet. The site is simply a map of the world with little green dots everywhere there is a radio station. All you have to do is click on a dot and start listening, live, to the station of your choice -- from New York to Tokyo and everywhere in between.

Internet radio is nothing new. Radio stations around the world have streamed their broadcasts on the web for some time now, what is new is aggregating all of these streams into one interface. The internet has undoubtedly made the world of media smaller and have allowed for people around the world to enjoy content from outside their broadcast area.

What does this mean for video though?

It is not wild to imagine a similar interface for every TV channel in the world.  The millions of channels that make up broadcast, cable and satellite television have been unavailable to the world at large but as demand for content grows exponentially we can expect this content to open up. The only thing standing in the way of this is the ridiculous power that cable and satellite companies have over the broadcasted content.

The internet, though, has found a way around this top-down power these companies hold with live streaming. If you are familiar with Facebook Live then you would recognize the interface of radio.garden as being very similar. When you go to Facebook Live you get a page that is a map and has small blue dots representing everywhere that someone is live at that moment. While the quality of content is varied, you can find plenty of professional quality programming there.

All of this is to say that the demand for content has never been bigger in the video industry and the potential reach for your audience, particularly on the internet has never been larger as well. If you produced a video for local news only a mere 5 years ago, chances are only people in that area would see it (maybe it would be picked up nationally and would get a larger audience. Today though, that same local news story, or Facebook video, or comedy sketch, or music video, or any video, can be uploaded to the internet at reach people around the world in an instant.

This is both an amazing development for exposure, but also an amazing business opportunity. You now have the ability to sell your video work around the world and not just in the market you are working in. If your work is popular in another country, you can sell to a TV channel there easily.

There has never been a better time to produce and sell video. Start now!