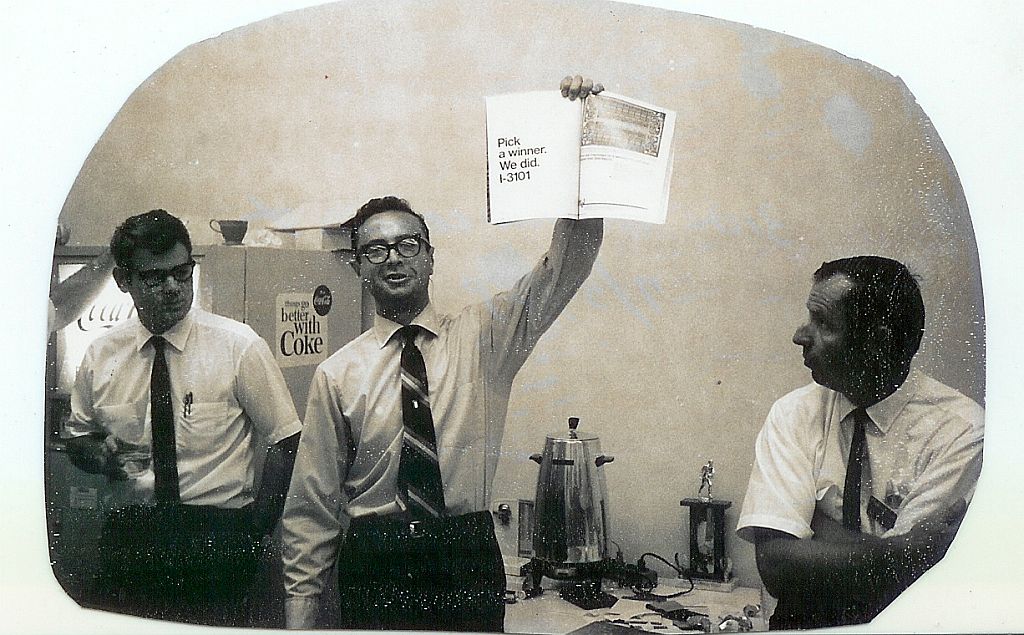 Listen To The Technology

In 1947, William Shockley invented the transistor, and that changed everything.

Two of Shockley's associates, Robert Noyce and Gordon Moore (of Moore's Law) joined up with Andy Grove to found Intel, a company designed to produce the microchips that the transistor allowed; a product that would become the DNA of everythnig we do.

This changed the world.

Andy Grove, the CEO and Chairman of Intel wrote in his biography:

Listen to the technology, The techonlogy will tell you what to do.

In the 1960s, there were no more than a few hundred computers in the world. The IBM AN/FSQ-7 was the largest computer in human history.  As Howard Rheingold wrote, "it weighed three hundred tons, took up twenty thousand feet of floor space and was delivered in eighteen large vans.  The Air Force bought fifty-six of them."

Their only function was to do arithemtic, admittedly at amazing speeds.

Only an incredibly prescient person could look at these giant behemoths and understand that they would become the foundation of an entirely new and very different world. Those were the people who invented the Interent.

It is this ability, as Andy Grove wrote, to listen to the technology and follow it to its logical conclusion as opposed to simply plugging it into the world as we had previously understood it, that creates the future.  Computers could cruch numbers, and the Air Force needed number crunching - but they could also do much more if you could join them up.

WJRJ had almost no viewers and almost no content either, along with almost no revenue.  UHF was the 'bottom dial' on TV sets in the 1960's, a place almost no one went.

At the same time, cable TV was just getting started. It was called CATV, for Community Access Television - a way for communities that had difficulty getting over the air broadcasts - becaue of mountains or other interference, to get a clear signal. And it was not just rural.  Becasue of its large buildings, Manhattan was fertile ground for cable. Local businessmen would put an aerial in a clear spot and then run cable into people's homes.

Cable users got NBC and CBS now, but they got something else - the capacity to carry a whole lot more channels - all of them pretty much empty.

Turner had his tiny TV station in Atlanta with almost no viewers, but he looked up. Over his head, the US government had put up lots of communications sattelites with excess transponder capacity.  Turner wondered if instead of beaming his channel to downtown Atlanta, he could beam it up to the satellites.

Then those satellites could send his local TV shows (mostly wrestling) back down to all of America and to every empty cable system in the country.'

Which is exactly what he did.

Now, instead of having 3,000 viewers a night in Atlanta to sell to his advertisers, he had millions across the nation. And so cable TV networks were born.

THAT is what it means to listen to the technology.

Now, we in the TV business have a fascinating piece of techonlogy before us - which, like the transitor or the sattelite or cable, we must listen to.

That is the iPhone.

Some TV networks are starting to use these iPhones in place of their old big video cameras, and this makes sense - they are smaller and cheaper and shoot a pretty good picture.  But that is not listenting to the technology - that is just taking a new technology and plugging it into old ways of working.

Because these iPhones are more than cameras.

They shoot, but they also edit, add graphics and music and they transmit live.

But they are even more than that. They are computers. And everyone has one.

They are the children of those IBM Mainframes that were strung together in the 1960s and 70s to create the Internet.

What would happen if you strung together all the comptuers in all the journalists' hands to create a very different kind of News Web?

Someone should find out.