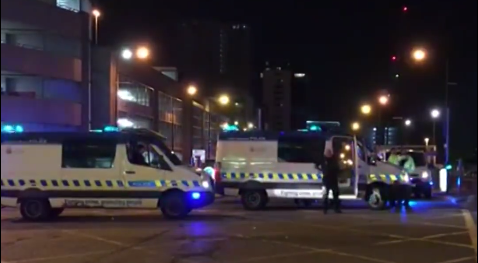 Many around the world are still reeling from the shock and horror of a terror at the Ariana Grande concert in Manchester. As people around the arena, the UK, and the world heard the news people wanted to know what exactly happened, and in what is becoming a familiar story, the first images and accounts from inside the arena came via social networks and smartphone videos.

Smartphone video, like the one above give people an idea of what it was like on the inside of the attack. While some people may think it is too graphic and there is no need to see it, there is a reason that when things like this happen people take out their phones and start recording. They want to document and share with the world the horror of what was just experienced. You'll instantly recognize on the news the hundreds of videos and photos taken from inside the arena that make their way to broadcasts around the world.

We are living in a world where there is nothing that isn't documented or recorded, be it amazing triumphs, or heart-shattering tragedies, these days there is always video of it.

Videos not only show us what happened on the inside of the concert, but we also get the aftermath. Amazing videos of normal people helping the injured make their way to safety, interviews with people on the inside and police response. These videos do not come from BBC producers, although they were there too, but mainly from normal people who picked up their camera and wanted to document what was happening near them.