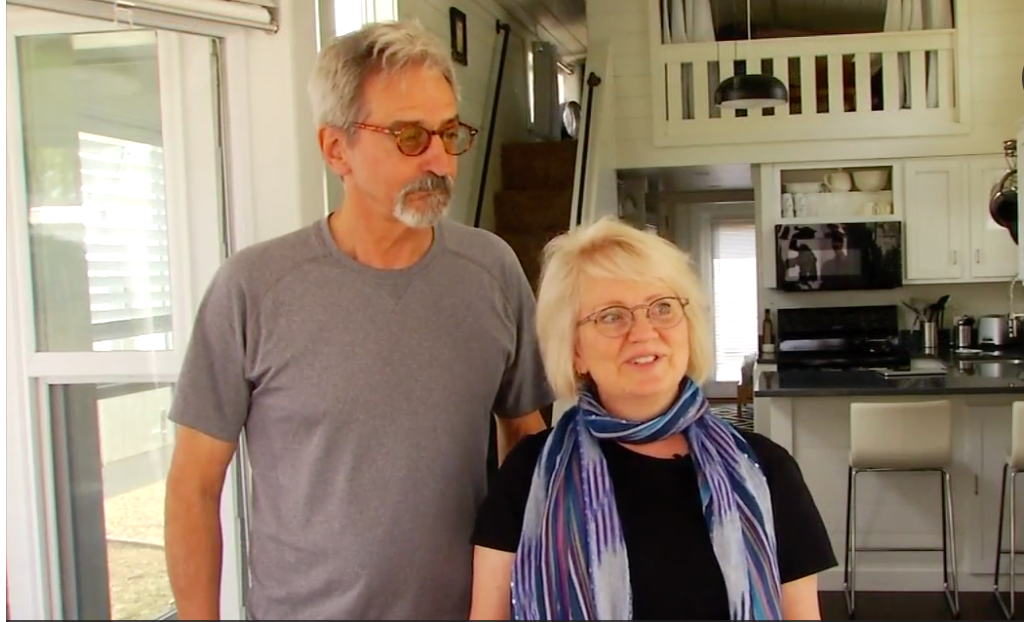 If you watch a lot of HGTV, you’ve probably seen the show Tiny Houses. It’s one of their most popular series.

People sell their big houses, shed most of their unused possessions and move into very small but very elegant and incredibly well-designed tiny houses, only a few hundred square feet.

As it turns out, TheVJ.com member (and one of our very first members in fact, Merle Braley and his wife did just that.  Their local ABC affiliate, WLOS out there in Western North Carolina decided to do a story on the Brayles and their tiny home.  That was when Merle encountered the world of ‘conventional television news production’, or as I prefer to call it, “The Museum of Broadcasting.”

The local news crew, of course, showed up with their giant camera, cables, lights and God only knows what other gear, and ironically moved into the Braley’s tiny house to do the shoot.

Merle wrote to me, sent me the link to the story that aired and wrote:

You’re right Michael. iPhones do a better job... My wife and I were interviewed by a local TV station today about living in a tiny house. They arrived with a huuuugh camera. The video quality sucks. I could have done better with my iPhone.

Thank you for the great training.”

I would critique it, but Merle did a much better job!

“I said to the camera man, ‘Haven’t you heard of the iPhone?’, and pointed at our gear sitting on the table.

“Then, I shut up, but was thinking, ‘Don’t you want to get a close up of the hands when I add the coffee to the French press?

All his shots were done with his monstrous camera on a huge tripod.

The reporter had an iPhone and I was thinking he didn’t even need the guy with the camera.  But I was polite and kept quiet.”

Check out the video that aired on local news.  Flat, boring. banal. Typical.

I am sending a free copy of iPhone Millionaire to Rob Bradley, the young reporter in the story.  You never know!