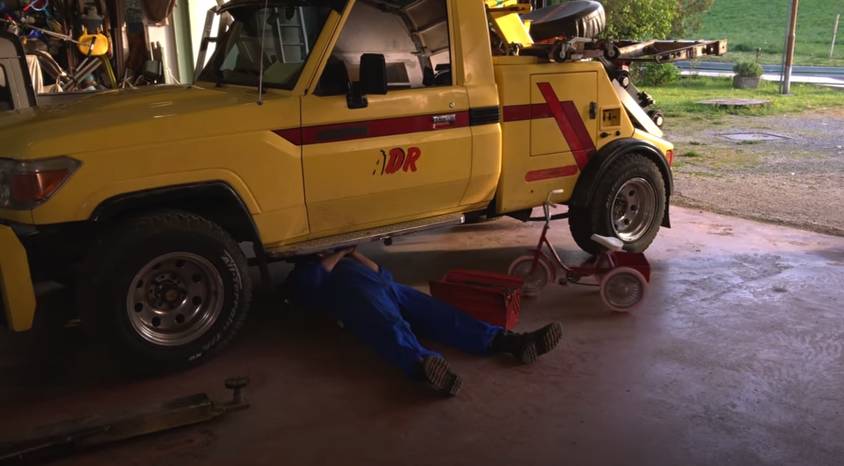 Michel Gondry Shot a Short Film Entirely on an iPhone 7

Michel Gondry, famed French film director of Eternal Sunshine of the Spotless Mind, is known for his innovative and surreal style. Last week, in coordination with Apple, Gondry released his latest film, Détour, a short film about the adventures of a small tricycle. What is special about this film, aside from its whimsical story, is that it was completely shot on an iPhone 7.

The film itself is wonderful. It's no surprise that a director as talented as Gondry can tell an adorable story and make an audience feel for an inanimate object like a tricycle so effortlessly; but even more impressive is that he was able to do so with just the iPhone. When people think of cinema and particularly fiction movies from name-brand directors, they assume that they have to work with big expensive equipment. In reality, thought, you can achieve something just as compelling, and visually beautiful, with just an iPhone and a little know-how.

Now, keep in mind that most likely the iPhone was supplemented with detachable lenses, lights and additional audio equipment, but when it comes to the camera, you can use that phone that's in your pocket. Even without these extra add-ons, you can achieve images that could easily rival what you see on TV in terms of quality and definition.

It's no secret that we are big fans of mobile video here at TheVJ.com and believe that it is a great tool that you already have to make amazing videos. With the right technique and additional software you can forget about buying or renting an expensive bulky camera and just use the phone in your pocket.