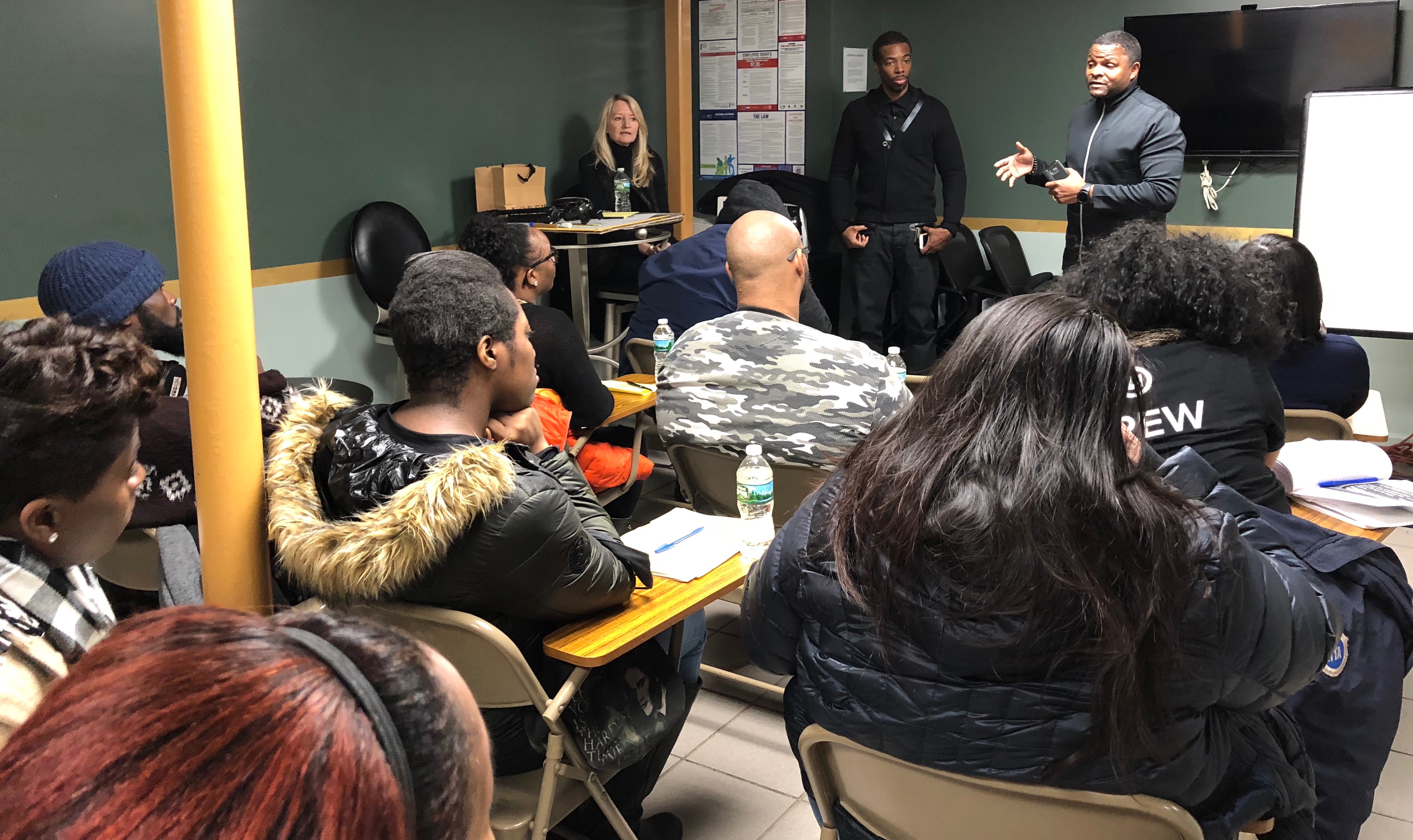 Moving from 'Learning" to "Earning"

A few months ago, we initiated a project in East NY and Brownsville called BKtelevision (though we all call it BKTV).

The idea was to empower the local commuinty to tell their own stories in video. To do that, we enrolled them in TheVJ.com and they have been doing the lessons you will all recognize from the 5- Shot Method to Fluffy The Dog and so on.

The idea behind the project was two-fold - to ultimately launch a local TV station for the commuity that was owned and produced and reported by the community AND to teach people in the community marketable skills so that they could use them to build careers in media.

Well, BOTH are on their way to success.

At a screening on Saturday, we began to see the results on screen, and in real life.

Emily Timmerman is one of the participants.

Before TheVJ.com, she had never touched a video camera or an edit before. Now, she just got her first gig creating videos for a local nail salon.

She found the gig on Craigslist, showed them her stuff and they signed her up.

This was shot AND edited on an iPhone.

She did not go to film school, she did not spent tens of thousands of dollars at J-School.  She just followed the rules and lessons on TheVJ.com site. That's all.

But check out her work

And all done on a phone.

She is just getting started, but she's got a great career ahead of her, as do all the other people who have been with the program.

Watch for great things coming out of East NY and Brownsville.

We are on our way!