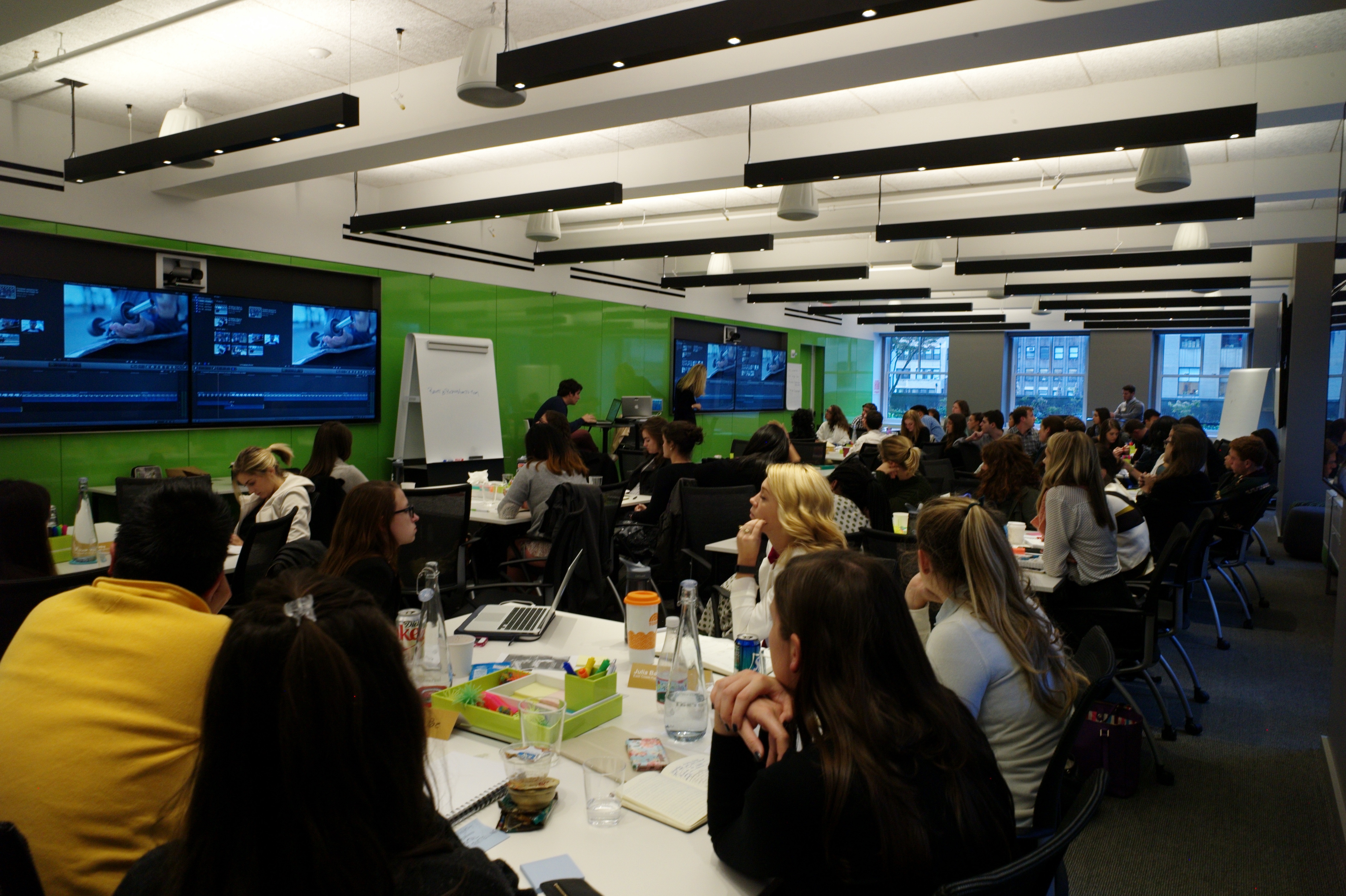 Our VJ training session at NBC

NBC News announced today that they are launching an online digital network to be composed of Video Journalists (!).

About 6 months ago, Lisa and I did a demo training for 60 NBC interns. We gave them iPhones and put them through the 'course'. (You know the drill - cut the carrots, fluffy the dog.. etc..)

Then they all went out to shoot and cut something. None of them had ever made a thing before.

A bunch of NBC execs showed up for the screening. I think they were thining they were going to see Youtube. What they got was 60 perfect HD pieces, shot, reported, edited and produced by their own people.  It was pretty impressive. You could see them in the back of the room, their jaws hanging down.

Well, it seems to have stuck.

Here's a bit from their announcement:

NBC will soon launch a new digital-first team of reporters, filmmakers, animators, tinkerers, engagement producers and video journalists tasked with rethinking what video news and features could and should look like in 2017. This yet to be named studio will be an independent, off-site division of NBC News aimed at experimenting with emerging technologies and developing a sleek video news offering in new and rapidly growing spaces on mobiles and broader digital spaces. Our aim is to push boundaries in video by toying with technology, thinking about data, employing smart design and challenging what an American broadcaster should look like in the 21st Century. And we’ll begin our journey by developing innovative video products in several areas, including news analysis, documentaries, live and VR — all while taking advantage of creative treatments as well as NBC’s internal mountain of archive. What does a mash-up of young filmmakers, journalists, hackers and a US media goliath

Get on board.  This is going to happen. The tech makes it inevitable.