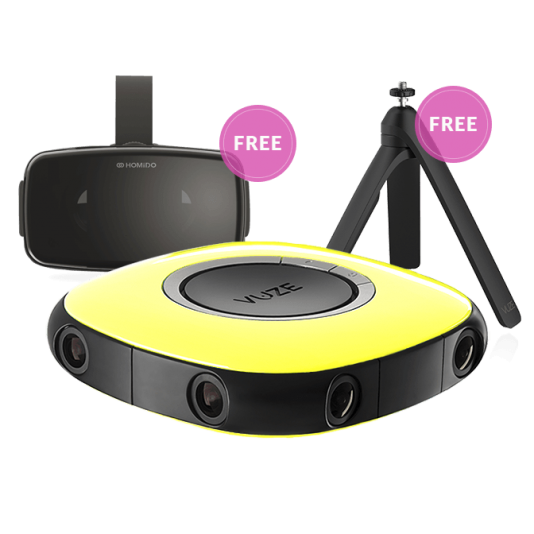 Introducing a new VR video production kit from Vuze.  The VR kit is centered around the Vuze 3D 360 Camera.  The camera shoots full HD and in 360 degrees to capture stunning footage.  The kit also comes with Vuze's app and studio software.  The app allows you to monitor your video while shooting right from your phone, and the studio software makes editing a piece of cake.

Also in the kit is a VR headset to check out your video before releasing it out to the world and a tripod specialized for the Vuze VR.

The kit is available for pre-order from Vuze for $799 and is expected to ship by the end of the month.  Check it out here.