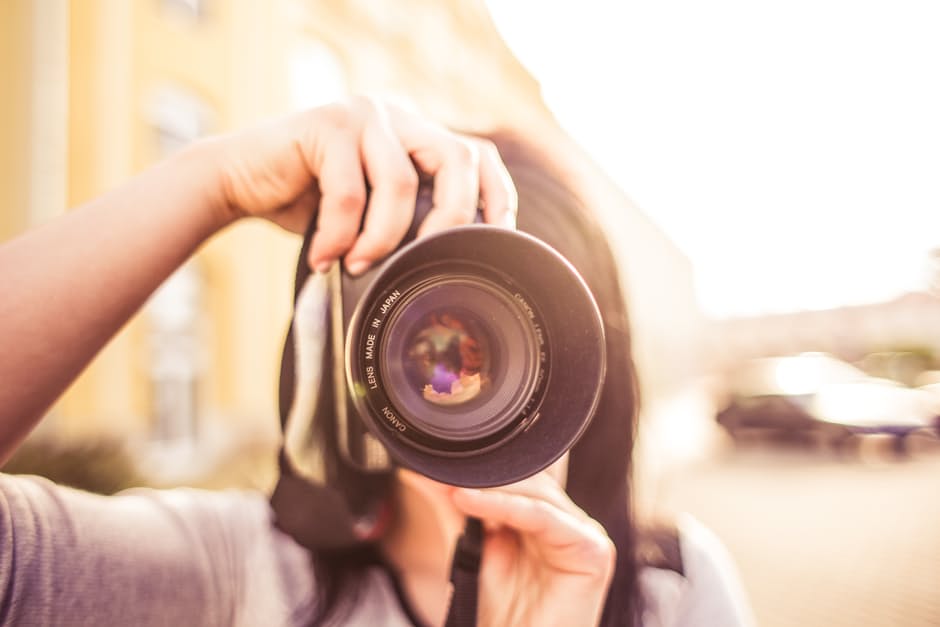 If you have a smartphone in your pocket, you have a professional quality camera at your disposal. This could be see as a threat to professional photographers and video journalists, but to Leslye Davis, it is a sign of greater opportunity.

It used to be that photographers at news outlets were mainly illustrators. They would find images that would correspond to a story that a writer had writtern already. Now, photographers and video journalists are the storytellers themselves.

Leslye Davis, a young video journalist and photographer for The New York Times sat down with James Estrin to talk about this bright future.

Earlier this week, Lens published a provocative and pessimistic interview about the state of photojournalism with Donald R. Winslow, the former editor of the NPPA magazine Press Photographer. Later that day, Leslye Davis, a young video journalist and photographer for The New York Times came into the Lens office with a differing, more optimistic point of view. Her conversation with James Estrin has been edited for clarity and brevity.

What brought you into the Lens office a few minutes ago?

I got an email from a Western Kentucky University photojournalism student. She wrote: “I just read this article from The NY Times. It’s about the unstable career of photojournalism. After reading it my fears resurfaced of not feeling confident in the career I’m investing a lot of time and money into, especially if it means being able to barely provide my daily needs with the pay. What is your opinion on the future of photojournalism? Did you have the same fear when you were a student?”

So what are you going to tell her?

I’m going to tell her she has a bright future ahead of her … that there are more opportunities than ever before, especially for women, especially for minorities. She is both.

Some of the points in the article were right, but the overall message about the uncertain future of photojournalism was wrong and it spoke more to what photojournalism used to be than of what it’s becoming.

What is so exciting about her future?

Newspapers and journalism in general are excited about visuals. If you look at The New York Times 2020 report, the first point is that the report needs to be more visual. The gear necessary to shoot well and the platforms on which to distribute the content you’re creating are more accessible by the day. At bare minimum, we’re all carrying hi-res recording and viewing devices around in our pockets.

Now we can be the authors and tell our stories. That was my issue as a newspaper photographer until at least 2004: I didn’t get to be the storyteller. Even if it was my idea, I was illustrating someone else’s words. As we got audio, and video, and it became accepted that a photographer could write, then I could be the author.

Exactly. We have voices. We can dig up the story, weave the narrative and make it beautiful.

I remember you telling me that when you went to Western Kentucky as a student you thought you were the worst photographer in the class.

I was terrible. Some other students were inherently talented when it came to composing a well-framed photo or understanding light. It was only through sheer force of will that I got any better. I really had to put in the hours to understand and learn.

But the reason I was drawn to the field wasn’t because I wanted to be the best photographer in the world — I do want to be good because light and composition and moments are what move people in an image — but I don’t think those elements are more important than the story itself. And I was always drawn to the stories.

There are so many great examples of people who have crossed that threshold and been successful. They are making beautiful images, but they’ll also make video, make podcasts, write, whatever it takes to get the message across.

To name a few: Maisie Crow, an incredibly talented still photographer who has been working on a documentary about the only remaining abortion clinic in Mississippi for years now. Marcus Yam, who apparently just won Newspaper Photographer of the Year in POYi — he was also awarded a World Press Multimedia Award and an Emmy in 2011 for a short doc that was a combination of stills, audio and video. And for that he was working on a team. That’s important. That very independent approach that we’re taught in photojournalism school can be the best (and only) way in some situations. But I mostly find that working alone is to the detriment of the project.
Also look at Liz Baylen, Malin Fezehai, Tim Hussin, Erin Brethauer, Zana Briski, Chad Stevens, Bayeté Ross Smith … I could make you a list that’s pages long.

What have photographers lost and what have we gained during this period of change in the media?

The fact of the matter is 20 years ago our field was largely inaccessible to minorities, women and foreigners. Shooting high-quality video was an expensive, niche market. Finding inspiration in our field required a trip to the library, a newspaper subscription, and frankly, special admission to the (mostly) boys club.

Now when you open your phone, you have access to recording tools, online connections, and a constant stream of inspiration and information that would have been unimaginable a few generations ago.

Do people have to make compromises? Absolutely. Does it mean you’re selling out if you have to learn to use a tripod or how to record audio without peaking? No way. It’s just a skill, like your camera is just a tool. Our mission should be to connect people and tell their stories and you’re in a better position to do that now than ever before.

If there’s something I worry about losing, it’s a commitment from some news outlets to ensure that the images they publish are coming from reliable sources. Also, it’s true that the inundation of visuals that we all come across daily makes us prone to desensitization. But I don’t foresee that changing, so why waste time lamenting it? The caliber of work required to capture and maintain someone’s attention is at a higher standard, but that just means the stakes have been raised.

What we’ve gained is personal insight into communities from insiders. In the past people might not have been connected enough to tell their own stories. Now they can.

The Internet makes sharing and receiving stories all the easier. Some people see it as a detriment that we’re not sending journalists all over the world, but to me, that’s a positive sign about the opportunities that have been made available to journalists within their own communities. Locals are connected to their community, they know what they’re doing there, and they speak the language.