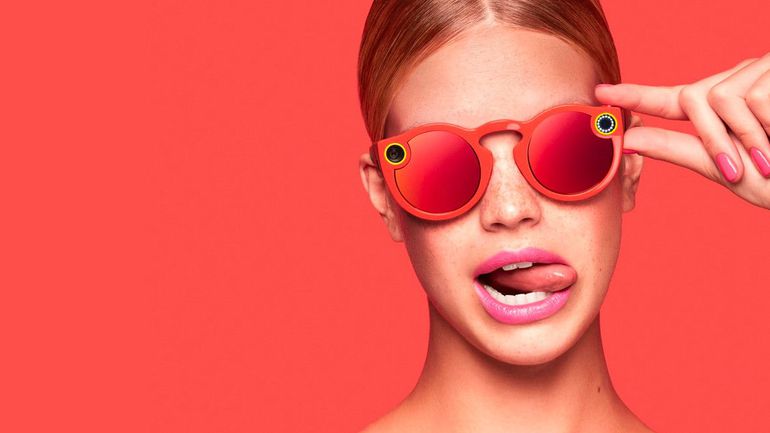 New York Times: Snap Makes a Bet on the Cultural Supremacy of the Camera

Snap inc., the newly formed parent company of the popular messaging app Snapchat, had its IPO last week and the questions we've been hearing and reading a lot are: what does Snapchat even make? How will they make money? They call themselves a camera company?

These are all good questions, but miss a central reason that Snapchat is popular in the first place: the cultural domination of the camera. Video and photos are the primary way that humans communicate these days. Yeah we still talk, we still write, but when we want to share something with a friend that we feel is very important to us, it's a video or a photo (or at least it has a video or photo included). Snapchat is just a representation of our culture. That is to say our culture has become extremely visual and disposable.

What makes Snapchat popular today may not be what makes it money in the future -- as mentioned before Snap claims that it is a camera company. They are looking to get into hardware in a big way. They already released their Specticles last year (basically a Google Glass that only takes pictures and is mounted to trendy-looking sunglasses) and it is rumors that they are working on the personal selfie drone and a hand-held VR camera. So if you bought Snap stock or are thinking about it, Snap wants you to know that this bet isn't a short term one, but a very long game.

Snap calls itself a camera company. That’s a bit cute, considering that it only just released an actual camera, the Spectacles sunglasses, late last year. Snap will probably build other kinds of cameras, including potentially a drone.

But it’s best to take Snap’s camera company claim seriously, not literally. Snap does not necessarily mean that its primary business will be selling a bunch of camera hardware. It’s not going to turn into Nikon, Polaroid or GoPro. Instead it’s hit on something deeper and more important. Through both its hardware and software, Snap wants to enable the cultural supremacy of the camera, to make it at least as important to our daily lives as the keyboard.

Since even before the invention of the printing press, text has been the central way that humans communicate over long distances and across time. Computers only entrenched the primacy of text. The rise of desktop publishing in the 1980s turned all of us into composers of beautiful, printed documents.

Then the internet turned us into distributors of digital words. Suddenly we were all bloggers, emailers, tweeters and authors of Mediums and status updates. We ditched phone calls for written messages. We called these messages what they were: texts, as if we were describing the histories of ancients.

But then came the cellphone camera, and then, a decade ago, the smartphone. For the first time, it became possible for humans to instantly document their visual surroundings and to transmit what we saw with lifelike fidelity.

But Snapchat uncovered something deeper about the camera. Not only could we use pictures to document the world, but we could also use them to communicate. Snapchat, which was at first dismissed as a mere sexting app, showed that with the right design, a phone’s camera could add an extra dimension to communication that you couldn’t get with text alone.

That may be only a start. The growing importance of cameras — of images rather than just text — is altering much about culture. It’s transforming many people’s personal relationships. It’s changing the kind of art and entertainment we produce. You might even credit cameras — or blame them — for our more emotional, and less rational, politics.