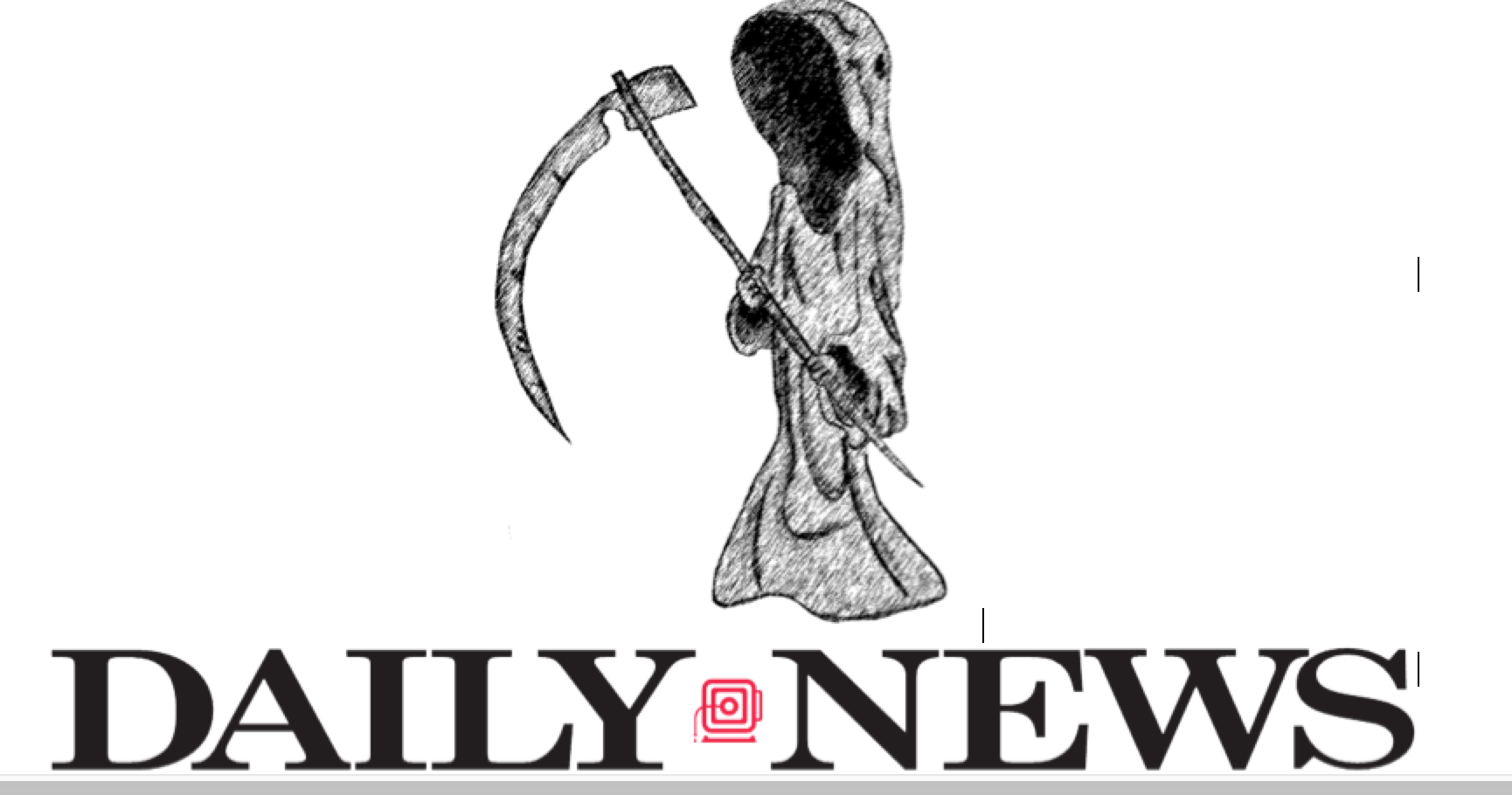 The New York Daily News, the 100 year old newspaper that was the voice of the working class in the city has been sold for one dollar.

The paper was once the home of some of the best tabloid journalists in New York, from Jimmy Breslin to Pete Hamil. But no more. The paper is broke. Worthless, in fact. (Well, worth $1).

The Daily News was purchased by TRONC, the strangely named conglomerate that also owns The LA Times, The Baltimore Sun and the Chicago Tribune.  TRONC stands for TRibune ONline Content.

The venerable paper, more than anything else, was the victim of the Internet.  Circulation for The Daily News once exceeded two million is now in the very low hundred thousands.  The paper, ironically, was once known for its pithy headlines - Headless Body Found in Topless Bar or Ford To City: Drop Dead.  Today, they are a dime a dozen on Twitter, where everyone and their brother competes for snappy and short titles.

As well, The Daily News carried across its masthead the logo - New York's Picture Newspaper.  This was a remnant of when photographs in newspapers were a radical embrace of a new technology. (It took the venerable Wall Street Journal until the 1990s to introduce photographs).

Image if The Daily News had equipped all of their reporters with smart phones (even that is a ridiculous thing to say - I am dead certain that every Daily News reporter already has an iPhone or a Galaxy in their pocket). How simple then it would have been to create a print/still/video/live streaming newspaper (paper being the now weakest link in the chain).  How cutting edge.

The hard part here is the journalism. That is the nut that most online news organizations can't crack. The Daily News owned that one.  Taking it into the digital/video/online world was a lot easier.

In the world of the web, cable is nearly as dead as the newspaper business, but for The Daily News to have set up their own, online digital network - easy as pie.

Too bad they didn't do it.

But most newspapers still think of themselves as paper. They aren't. They are digital news companies - and digital is text, print, stills, video, live - it's all the same - zeros and ones.

TRONC - Tribune Online Content is a good name. What they do with the paper?  Let's see, but I am not sanguine.