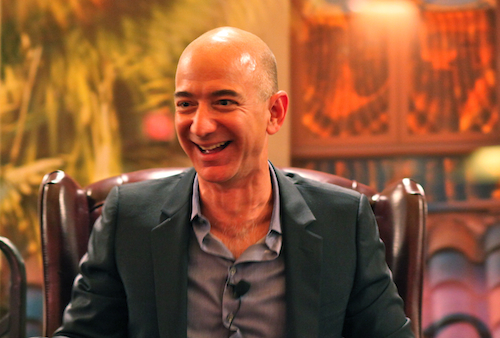 Last week The Washington Post announced that it was going to expand its video team and produce more video in the coming year.

One of the ways The Post wants to expand its video is with daily scripted programming, particularly something along the lines of The Daily Show. With a larger team, The Post is going to be able to experiment with new forms of video on the web.  They have already experimented with vertical video and done quite well, a style previously derided around the web, and now they are looking to try out some new things in the video arena.

The Washington Post is on a roll. On Friday afternoon, it announced that it was adding 30 jobs to its video team as part of a three-year plan to expand its video offerings. Perhaps most remarkable in those plans: multiple hires for what looks like a Daily Show-style scripted humor initiative riffing on the day’s news.

The Post is looking for a senior producer with “experience producing and writing comedy and will hire and manage a team of high-performing producers, writers and directors with a proven ability to deliver tightly produced, short, comedic segments on news-driven deadlines,” along with a producer/writer, director/writer, and videographer on the same project, which falls under the Post’s opinion section.

“In the Opinions space, we see an opportunity to experiment with scripted programming that will bring to life key issues in smart, humorous ways,” according to a posting for an executive producer job. “We fully understand the difficulty of success in this area and we seek candidates who are comfortable trying new things and then iterating on them.” (Way back in 2009 — a thousand years ago in web video terms — a Post satirical video show led by Dana Milbank and Chris Cilizza was killed after bad reviews and criticism.)

The scripted humor initiative is only part of the Post’s efforts as it looks to grow its presence in video, especially on over-the-top platforms like the Apple TV and Amazon Fire TV. The paper currently has about 40 newsroom staffers working on video, and the new hires will bring that total to 70 plus another 10 or so on the product and development side, Micah Gelman, the Post’s director of editorial video, told me. The Post also plans to add 10 more video positions across 2018 and 2019, when it hopes its focus will be turning toward producing more long-form documentaries.

Gelman said the Post’s overall goal is to produce more video coverage that stands alone from its more traditional text reporting. “We are creating content that stands alone, that people come to and say: ‘Let’s see what The Washington Post has today in video. It’s reimagining what Washington Post journalism looks like in the future. We are placing some bets. We understand that we need to be on a lot of platforms, from Facebook to YouTube to over-the-top, and we need to deliver the type of content to those devices that people are expecting. It’s a very different experience clicking on a video in an article while you’re standing in line for coffee in the morning, versus sitting on the couch and firing up your Apple TV or Fire TV in the evening.”