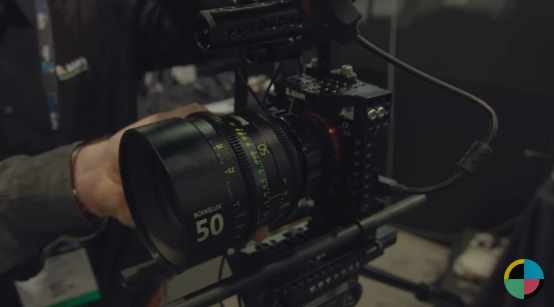 No Film School: Every Camera and Lens We Saw at NAB 2017

No Film School was at NAB 2017 and have compiled a playlist of every camera and lens they saw at NAB.

NAB Show is an annual trade show produced by the National Association of Broadcasters. It just wrapped up in Las Vegas and the show's tagline is "Where Content Comes to Life." It is a place where gear from companies around the world are showcased for industry professionals and shows us where the market is heading and what is popular these days among professionals.

It was another underwhelming year at NAB for cameras. Sony has seemingly been the most active in that arena, as it announced its a9 nearly a week before the show started and was on hand to exhibit the camera at the show. Some were hoping to see a new version of the a7 revealed in addition to the new series, but instead, Sony revealed their new UMC-S3C 4K, a tiny 4K camera built for cranes, sliders, crash cams, or when you just need a camera with a small footprint. Mostly, we saw companies less focused on creating new technologies, instead opting to upgrade their previous releases to be the best tools possible for the filmmakers who already own them.

It was a much different story in the lens department, however. Not only did we see a host of new full frame lenses come out from established companies like Leica and Cooke, but we were treated to the emergence of several new (and awesome) lens companies eager to bring some more affordable lenses to the marketplace. As sensors in cameras grow larger and larger, we're going to be seeing full frame lenses become more and more varied and available. This is certainly good news for filmmakers.