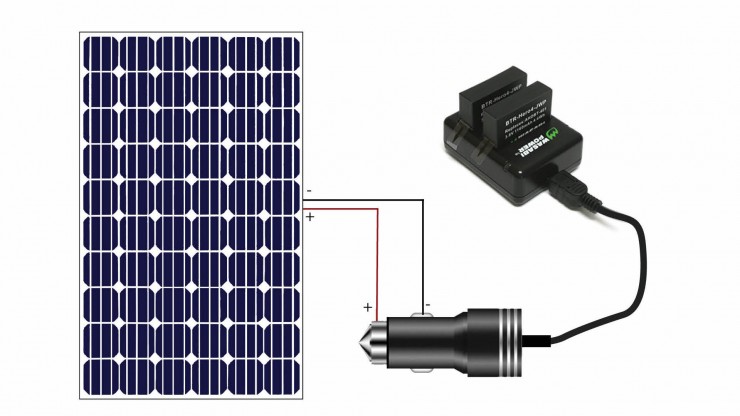 NoFilmSchool: This Filmmaker Shot 14 Days Without Power in the Himalayas—Here's How

When shooting in the field, whether its on the street in your town or in a the Himalayan Mountains, keeping battery power is something any video producer has to worry about.  Are your batteries charged? Will the charge last? How will I charge them in the field.  If you are in a remote location that last question is the most important. Filmmaker George Thengummoottil has a solution for you.

While Thengummoottil was shooting in the Humalayas, he had to find a way to keep his batteries charged.  Using just three items he was able to make a soler charger station for him to use throughout his journey.

Check out his design and learn how to do it yourself here.

Charles Haine from NoFilmSchool has the story:

Kerala, India-based filmmaker George Thengummoottil wanted to spend two weeks capturing one of the most remote treks in the Himalayas, where there would be no access to power for recharging his camera gear. To meet this challenge, he tested many of the existing systems like solar backpacks and power banks, but he found them lacking, since the combination of the thin mountain air and low temperatures made large battery systems ineffective, and most solar backpacks required too much time to do their jobs. However, he still needed power for his GoPro Hero4 and Canon T1i through his journey.

To overcome that obstacle, Thengummoottil discovered a cost effective solution that worked despite the challenges of working in the highest mountains on earth. Rather than spending hundreds of dollars on a custom designed solar backpack, he instead went to a hobby shop and purchased a 12 volt 1 amp solar panel, of the type that are widely available from eBay in the United States for around $20. Solar panels are an especially good option for extreme temperatures like in the mountains, Thengummoottil pointed out, because they function even at temperatures below freezing.

Thengummoottil then custom wired the solar panel to the socket for a car cigarette lighter, using parts that any electronics or auto parts store keep in stock. Since most car battery systems are either 12V or 24V, he was able to use car chargers plugged into the cigarette outlet to keep his Canon and GoPro cameras charged throughout the project. (He noted that the 12 V solar panels may give a peak voltage of 24, but this is perfectly fine.)

Read the full post and see how it was done here.