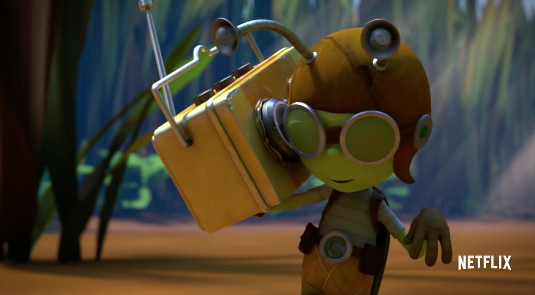 Still from trailer for Beat Bugs

NY Times: You Can Use Any Song You Want. Create a TV Show.

Music can be a powerful tool on TV and in movies, but often to use popular contemporary songs you have to pay a fortune.  Have you have listened to a song, closed your eyes and thought of a great opening for a movie, or a montage for a TV show?  Now is your chance to pitch that idea.

The NY Times reports that an Australian director Josh Wakely aquired the rights to some of the most popular music such as the Beatles and Bob Dylan two years ago and is starting to launch content around the music.  Wakely, with the music of the Beatles, has created children's show for Netflix, Best Bugs, that will premiere in August.

The Times asks: If you had access to any music you wanted to use, what would you make?

They are taking submissions and will release some of the best later this year.