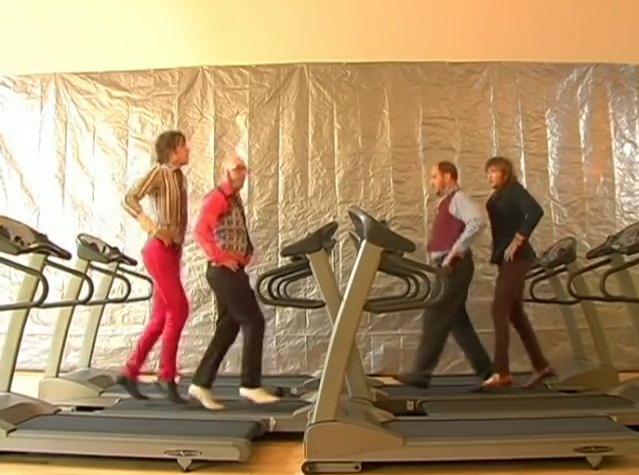 This past weekend OK GO's music video for "Here It Goes Again," the famed low-fi one shot treadmill dance routine video, celebrated 10 years since its release.  It's hard to believe that time has moved so quickly, but we've seen since then the effect that the video has had on the genre overall -- both in terms of distribution and style.

It used to be that if you were a band who wanted to have music video for one of your songs, it was going to cost a lot of money.  You would need to hire a crew and pay them for their time and equipment, find a way to distribute it (in a time when distribution was pretty much only MTV and VH1), and the turnaround time (from inception to release) could be months.  For all these reasons it was pretty much impossible to make a music video and get it seen by a lot of people unless you were signed to a record contract.  All of this made making a music video difficult, and because it was so difficult the people who made them could charge pretty much whatever they wanted.

However, with the digital revolution and the proliferation of small, cheap, high-definition video cameras and distribution platforms like YouTube and Vimeo, the barrier to entry was lowered to almost 0.

The video above was a seminal moment in that transition.

"Here It Goes Again" was not like many other music videos before it.  It was all shot in one take, it wasn't on a very well put together set, it didn't feature the band playing their instruments, and was a wacky idea (the treadmill choreography).  This was not something that bands were usually able to do, but because OK GO was directing the video and the budget was so small, they could take a risk with their idea.  And the risk payed off.  Once the video was uploaded to YouTube, people instantly started sharing and commenting on how the video was fresh, new and very much of the Internet age.  It wasn't trying to be a Hollywood film, it was trying to be a viral Internet video.

This opened eyes and doors for many musicians who have followed OK GO's lead by making their own videos, with their own styles and feels, and putting them on the Internet rather than sending them to MTV or the record company and hoping they would like it.  Now, if you are an independent musician who wants to have a music video to spread your music, all you have to do is make one.

Ten years later, the video on YouTube, which has been taken down and reuplaoded a few times, currently has been viewed over 30 million times, and musicians across the world have used YouTube to get themselves out there (remember Psy?).

If you want to learn to make your own music videos check out our new course on making music videos.