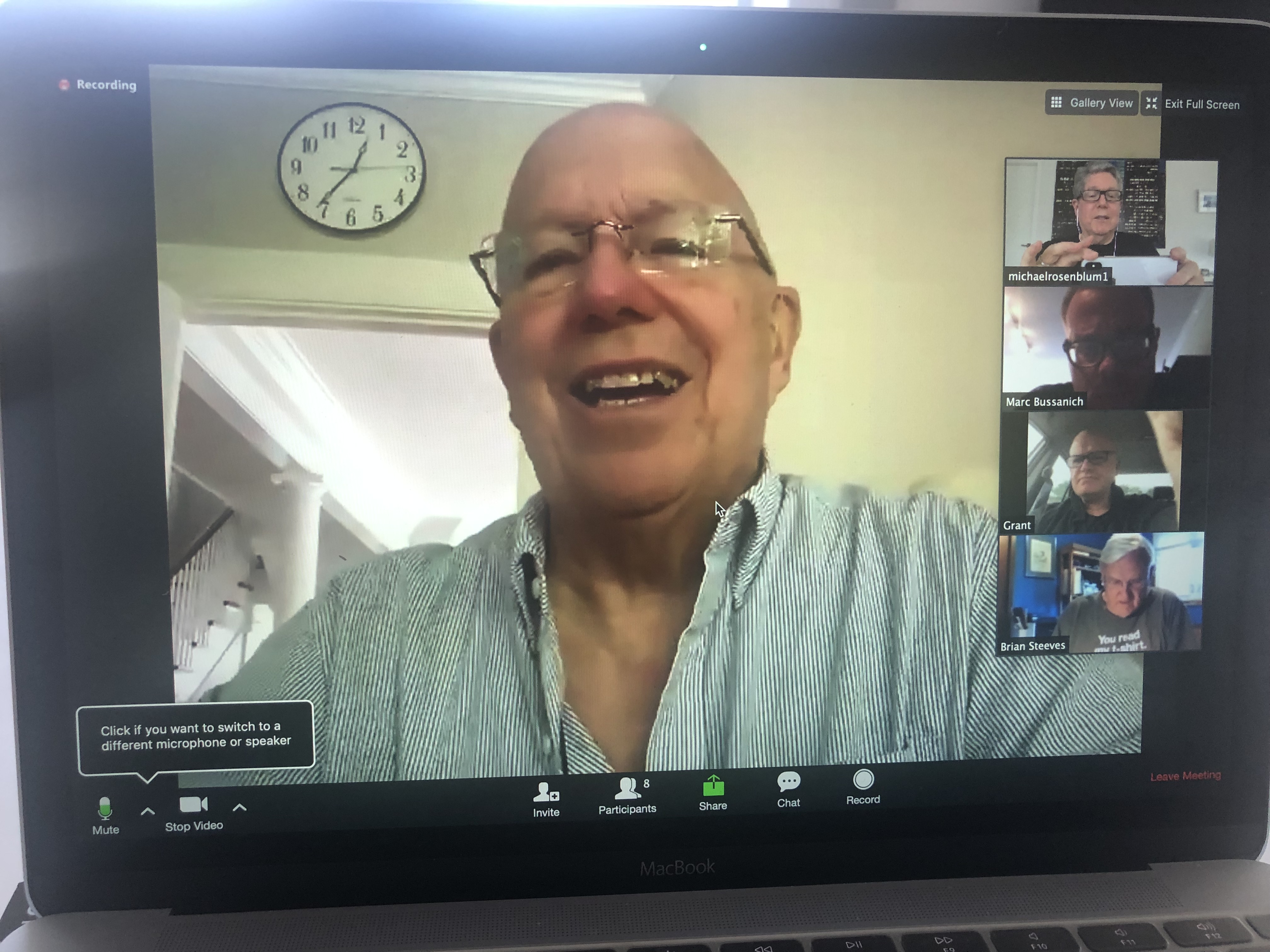 Our Interactive Experiment Was A Big Success

I got the idea from John Katzman, the founder of Princeton Review (among other things).  Regular readers will know that a long time ago, I worked for him as a teacher there.  What I did not know, until last week, was that Senator Ted Cruz was also a Princeton Review teacher.

Draw your own conclusions.

At any rate, John turned me on to Zoom, which was, until recently, a software that was used exclusively for teleconferencing. No more.

I have never liked Webinars. Like Power Point which I also detest, I found them deadly boring. You sit online like a vegetable and someone does a long boring talk and you get to email in a few questions, maybe.

Katzman, looking at TheVJ said that passive watching of videos was good, but it losees the dynamic of being in a room with other people.  When you are watching videos, whether it is ours or Kahn Academy or anyone else, you are essentially alone.

Marrying Zoom allowed us to recreate the 'feeling' of being in a room with a lot of other people, sharing ideas, but online and on your phone.

The first test, in which we had about a dozen participants, was amazing.

Next, the tech worked great. Everyone got to meet and talk to everyone else, just as if they were actually meeting in person.

When I set up to do the session, I had prepared a lecture and a slide demo.  I soon trashed that idea. It was much more interesting to have a free-wheeling discussion in which everyone particiapted.

I learned a lot.

We are defintely going to make these a major new part of TheVJ experience.

The next one is slated for June 18. I would like to do 2 a month, Maybe more.

For June 18, we're going to talk about How To Make a Living In The Video Business.

Hope you can join us, no matter where you are.... even in your car.