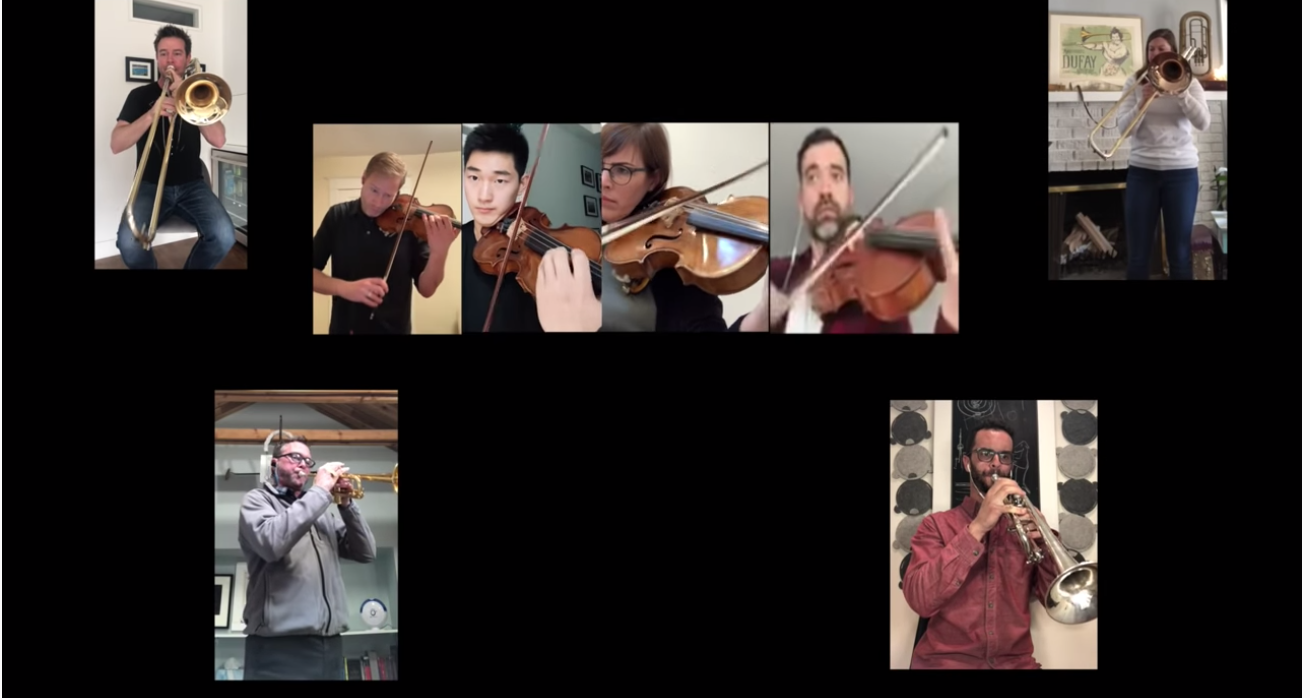 Since its inception in the 1920s, broadcasting, or electronic media for that matter has beeen a one-way street.

We (the media company) make it.

You (the viewer or listener) watch it.

It was a perfect fit for an increasingly passive nation.

All you had to do was plop down on your couch, veg out and let it bathe you with whatever conent was on offer, from Game of Thrones to Gilligan's Island. Not much difference at the end of the day to the two, actually.

But now, driven by the Corona Virus of all things, a new kind of video mass media is being created before our eyes.

We have all, no doubt, turned to Zoom (or Facetime or a dozen other live streaming interactive platforms) to meet with and chat with and share with our friends.

But buried in all that chat and video is something much more interesting, I think.

It's a doorway to an entirely new kind of television/media experience.

Everyone who has an iPhone or a smartphone or a tablet or a laptop for that matter, has the equivalent of a professional broadcast studio. A studio that, only a decade ago or more would have cost you $10 million and required a team of professionals to operate.

But now hundreds of millions have it.

Can we use it for more than just chat?

In the example above, The Toronto Symphony Orchestra performed a rendition of Aaron Copeland's Appalachian Spring - all on Zoom, all from home.

This is clearly a rather remarkable achievement - a marriage of art, talent and technology,  And, it has, in one fell swoop, eliiminated the need for, among other things, a $100 million dollar concert hall, the seats, the ticket sales, the audience.

What The Toronto Symphony Orchestra has done with Aaron Copeland, 'television', (and I use the word loosely) could also do with a wide range of topics;.

Imagine Oprah or Ellen - sans studio, but now with a particiaptory audience of millions who could actualy be 'in the studio' - without the studio.

For news, imagine looping in not just the usual predictable talking heads experts, but going into the homes of real people telling real stories.

Instead of media being 'we make it, you watch it', it could be 'we are all in this together'.  A great national or local dialogue instead of a droning monologue.

The media is unlike any other business becasue it is defined by the technology that creates it.

Surgery improves with things like the cyber knife or robotics, but it is still medicine.

The technology allows an improvement of technique.

In the world of media, however, we are invented by our technology.

Radio did not exist before Marconi.

Televison did not exist before Sarnoff and Zworkin.

Zoom opens the door to an entirely new kind of media

We should take a look at what else it can do besides our very nice Wed night chats.