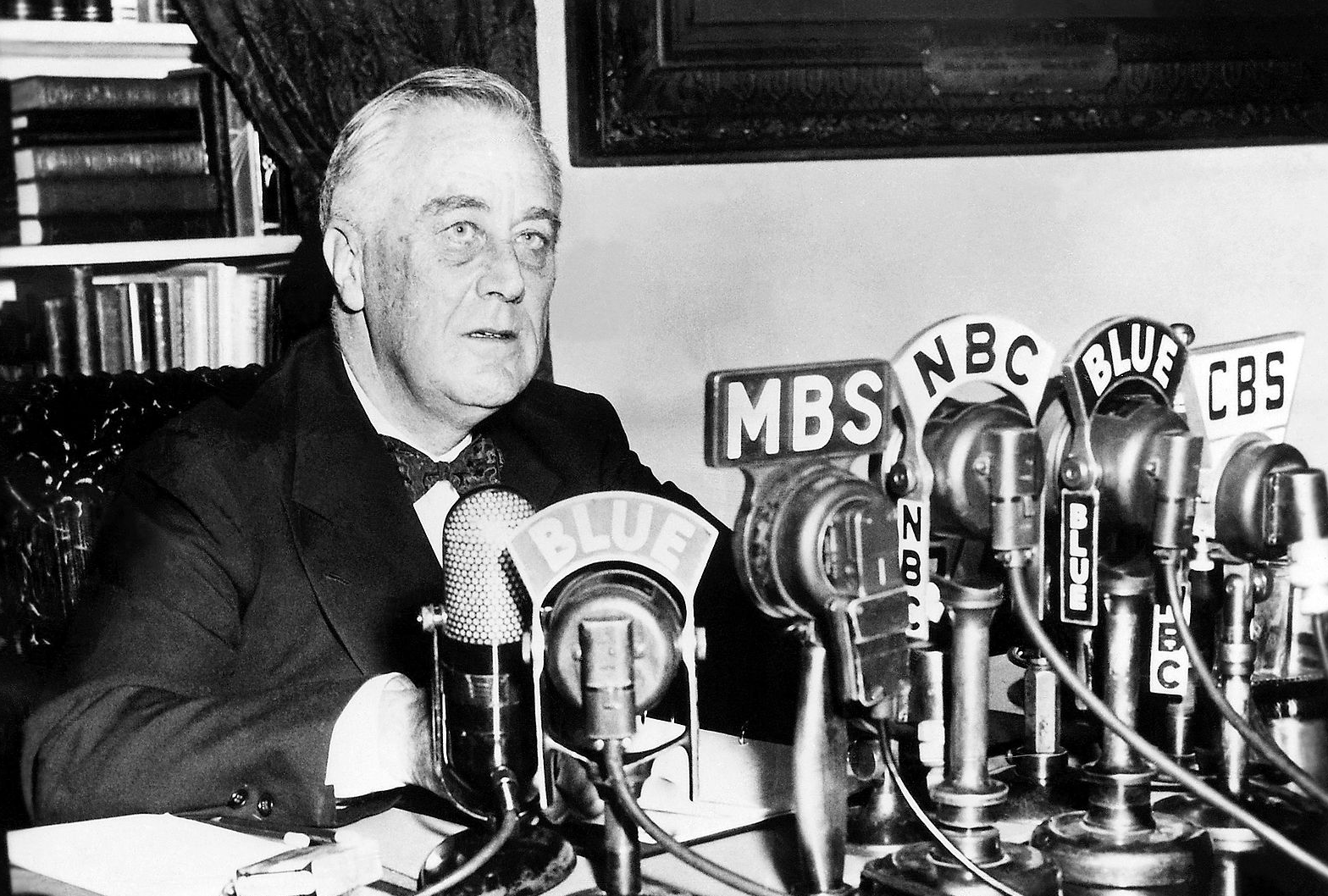 Two very different pieces of information came to me this morning, which I think go together in a strange way.

First, CBS This Morning had Doris Kearns Goodwin on as a guest. She was there to talk about the impact of the Spanish Flu epidemic in 1918, but, as the author of such great books as A Team of Rivals and, among others, No Ordinary Time: Franklin and Eleanor Roosevelt: The Home Front During World War II for which she won the Pulitzer Prize, she was also there to talk about the virus.

Talking about the virus currently facing us, she quickly gravitated towards her deep knowledge of FDR and how great leadership - something we are sorely lacking today - and she made no bones about pointing it out - pulled the nation out of the Great Depression and through WW2.

Watching it, what I found fascinating was when she began to talk about the hardships that Americans had endured during the Second World War - food rationing, gasoline rationing - stuff like that.

This was, of course, the experience of the average American at home during the war. Two oceans separated the US from the two real wars - Europe on the one side and Japan on the other.

In Europe, cities were literally being burnt to the ground.

Lisa, who is British, and whose parents were the product of that experience, said that the virus out there, and not knowing where or who it would hit, was probably close to what people in Britain felt during the blitz - waiting to see if they or their homes would be blown up at any minute by German bombs raining down on them. Now it's a virus.

Lisa's sister, Nicky, has a house in Dale Abbey that still has a bomb shelter in the back yard, under the garden - a physical reminder of what they endured.

And, of course, even in Britain, hard struck by reality as it was, it was nothing compared to the Russians who survived the 900 day German seige of Stalingrad.

Shortages of coffee and gasoline indeed.

So now it seems that we are, as a nation, being faced by our first real, on the ground, in your face, crisis. This is different. But how will we respond?

This takes me to the second seminal piece that I read - a piece on LinikedIn by Prof. Dr. Dr. David Dunkley Gyimah, who, despite all his titles, was once a student of mine at Channel One in London a million years ago.

What struck me in the piece was this:

I don't watch news, but I'll gladly watch a movie about the true story of that news, says a Masters student. How to improve news

These two items mesh so very nicely with my new book, Don't Watch This: How The Media Are Destroying Your Life.

We live in a culture dominated by, and I would even say defined by, The Media.

We watch, on average, 8 hours of video, TV, Netflix and movies a day, every day. That experience defines the way we see the world and the way that we deal with problems.

Watching things 8 hours a day, every day, for years on end teaches us things. One of the things it teaches us is that, as in every movie or TV show, someone comes along near the end of the movie to solve the problem - all the problems.

We are instructed by our media to sit and watch and wait, in the certainty that someone is going to come along and save us.

But what if no one does.

What if it is now up to us?

Media does not encourage personal action. Media teaches us, over and over, to be passive. Your job is to sit and watch and wait for the hero to come. That's it.

That may not be enough now.

We may have to become our own heroes.