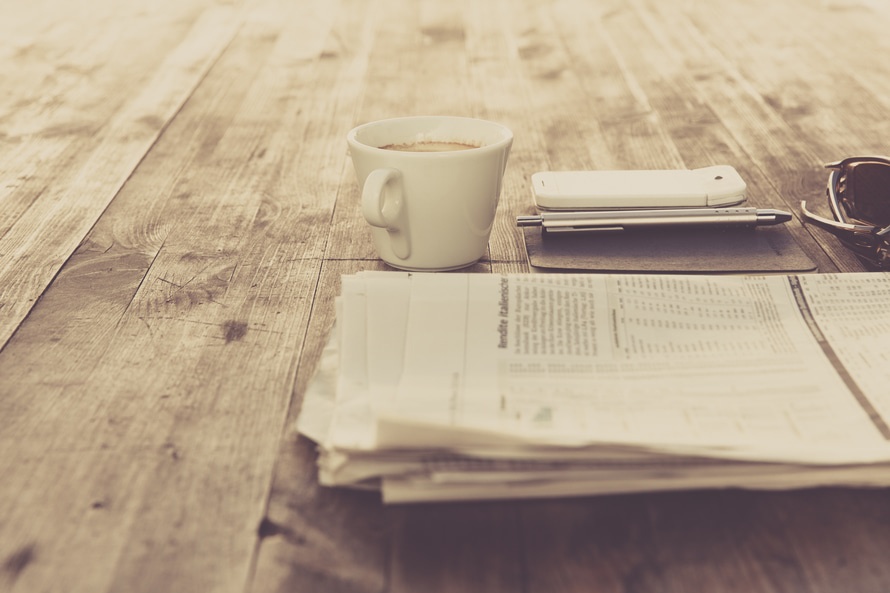 Pew Research released their annual State of the Media report and the results are not good news for newspapers.  It is no surprise that newspapers are failing -- they have been for some years now. Subscribers and ad sales have fallen since people have migrated to the web for information and news.  This year was a particularly bad year for newspapers though as circulation and ad revenue hit new lows.

Rick Edmonds of Poynter reports on the story:

The 13th annual Pew Research State of the News Media Report documents another year of alarming declines for newspapers — the worst since the 2008-2009 recession.

Other sectors did much better, with revenues actually growing robustly both for cable channels (up 10 percent) and network news (up 6 percent for evening shows and 14 percent for mornings).

Cobbling together newspaper data that is less current and available than it once was, Pew estimates that the industry lost 7 percent of daily circulation in 2015 and 8 percent of ad revenues.

More up-to-date surveys of readership provide further cause for discouragement. Pew research in January 2016 found nearly everyone is following news of the presidential race. But only 5 percent said print newspaper coverage in the last week was their "most helpful" source (3 percent local papers and 2 percent national) — by far the lowest among available channels.

A broader study Pew did with the Knight Foundation around that same time found that 20 percent of adults said that they often get news from print newspapers. That was still slightly more than the 18 percent often getting news from social media sites.

But newspapers lagged behind local TV news (46 percent), cable TV news (31), network evening news (30), news websites (28) and radio (25) as a frequent source. When Pew began these studies in 2004, newspapers had a wide lead over the internet and radio and were close to even with TV.

Even as it matures, the digital sector is trickier to measure collectively — especially given what co-author and Pew's director of journalism research Amy Mitchell calls "co-dependence" between sectors. While big platform companies hog 65 percent of digital ad revenues, they depend on traditional news organizations for content. Those organizations, in turn, rely on Google and Facebook and newer platforms like Snapchat and Instagram for distribution.