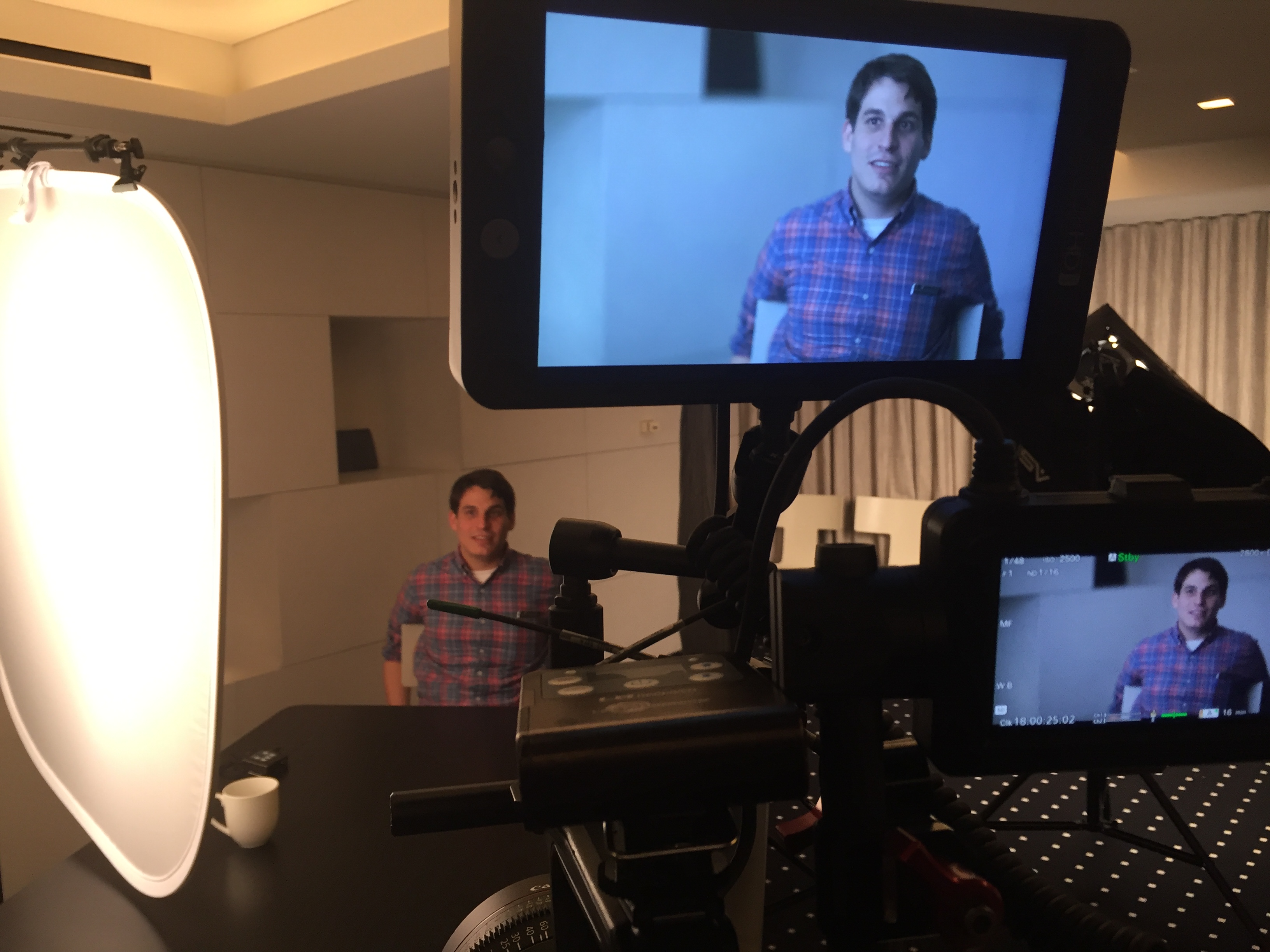 Live from our MoMA Studios

Preparing For The Next Generation of Video

We spent all day in our studios shooting more than 80 new instructional videos for TheVJ.com - and we think this is just the beginning.

We're exploring an entirely new aspect of online video - social video - with a particular focus on the implications of live streaming.

We have been conducting video training bootcamps for nearly 30 years now.  When we started, the idea of a VJ, or video journalist, was revolutionary. Until then, all television (indeed, all video) was produced by expensive 'crews' or teams, using lots of big, heavy and complex gear.  The idea that a reporter should carry their own camera and shoot all their own material was fought tooth and nail by everyone in 'the business'.

Today, of course, it's accepted.  Pick up your iPhone, hit record, and you're making video or television (what's the difference?).

The Internet, of course, did a lot to promote the idea, as did increasingly smaller, lighter, cheaper and more powerful video cameras.

What was once 'revolutionary' has become mainstream and generally accepted practice. Of course, you still have to be able to tell a great story in video or no one is going to watch. This has become even more important as there are now literally thousands if not millions of 'channels'.  That's one of the reasons that we place so much emphasis on great 'storytelling'.

Each new technology brings with it a new 'grammar' - a new way of communicating ideas, and the most recent developments in video - both in how it is acquired and how it is shared - are no exception.

As we began to watch video migrate into the web, we also began to feel that while you 'could' use the online video as a kind of 'television', it had a whole lot more potential - most of it untapped.

Television has predominated our video experience for 70 years. It is our natural default concept for what video should be.  But television is passive - we make it, you watch it.   As a result, online video has also been passive.  The object of Youtube is also - we make it (or I made  it) you watch it.

That's fine, but it barely begins to scratch the surface of what makes the Internet so powerful - that is, its interactivity.  We ALL participate, all the time.

When you marry video to the web, it should become 3-dimensional, that is, 'interactive' - multicasting instead of broadcasting.

And that (among other things) is what we are starting to play with (not to end a sentence in a preposition).  In particular, we are fascinated with the potential of live streaming, or multi streaming.

We'll be explaining all this - and teaching you how to do it, and more, in the many video lessons we'll be posting in the next few weeks and months - and event that, I feel, is but the beginning.

It's a whole new world - once more.