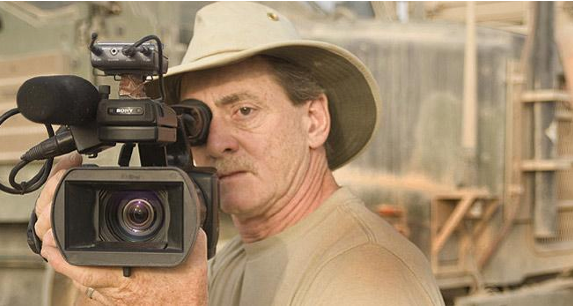 In 1992 I was starting a new company called Video News International.  It was going to be a worldwide Videojournalism news business, the first in the world.

One of my very first investors was a man named Nick Nicholas, who was then Chairman and CEO of Time/Life, later to become Time-Warner.  Nick wanted in immediately as an investor, but at the end of our first meeting, he took me down the hall and introduced me to the photographers for Life Magazine and Time Magazine.  “Teach them video”, he said.  Clearly, he was someone who understood the future.

My very first group of VJs was built around the idea of taking some of the world’s best photojournalists and walking them into video.  It was my idea to build a kind of Magnum of video and these guys were amongst the very best in the world.  We ran the first ‘bootcamp’ in Philadelphia that year, and among the group was a Newsweek photojournalist named Bill Gentile.

Bill brought all his talents and skills as a journalist and a photographer to then entirely new medium of Videojournalism.  It was just what I was hoping for – people who could bring the sensibilities of the best in photojournalists – intimacy, work alone, authorship, authenticity, compassion and great visuals to television news  which was (and still is) dominated by giant cameras and crews and producers and on-air ‘talent’. Bill proved the point and went on to become a world-class VJ in his own right.

Today, Bill is a Journalist-in-Residence at American University, where he created that institution’s Foreign Correspondence Network (FCN). He is featured in two award-winning documentaries about international journalism in Nicaragua, “The World Is Watching” and a sequel, “The World Stopped Watching.”

Above is a piece, Cuando El Bosque Llora, that Bill shot this past summer in the Amazon for Univision Noticias.  Shot entirely on an iPhone Bill shows how a powerful piece can be created with simple gear and clean shooting.
Bill's access is incredible and he is able to connect with his subjects on a personal level in order to help tell their stories.

For more of Bill's work check out his website, and look out for more of our VJ World Profiles.