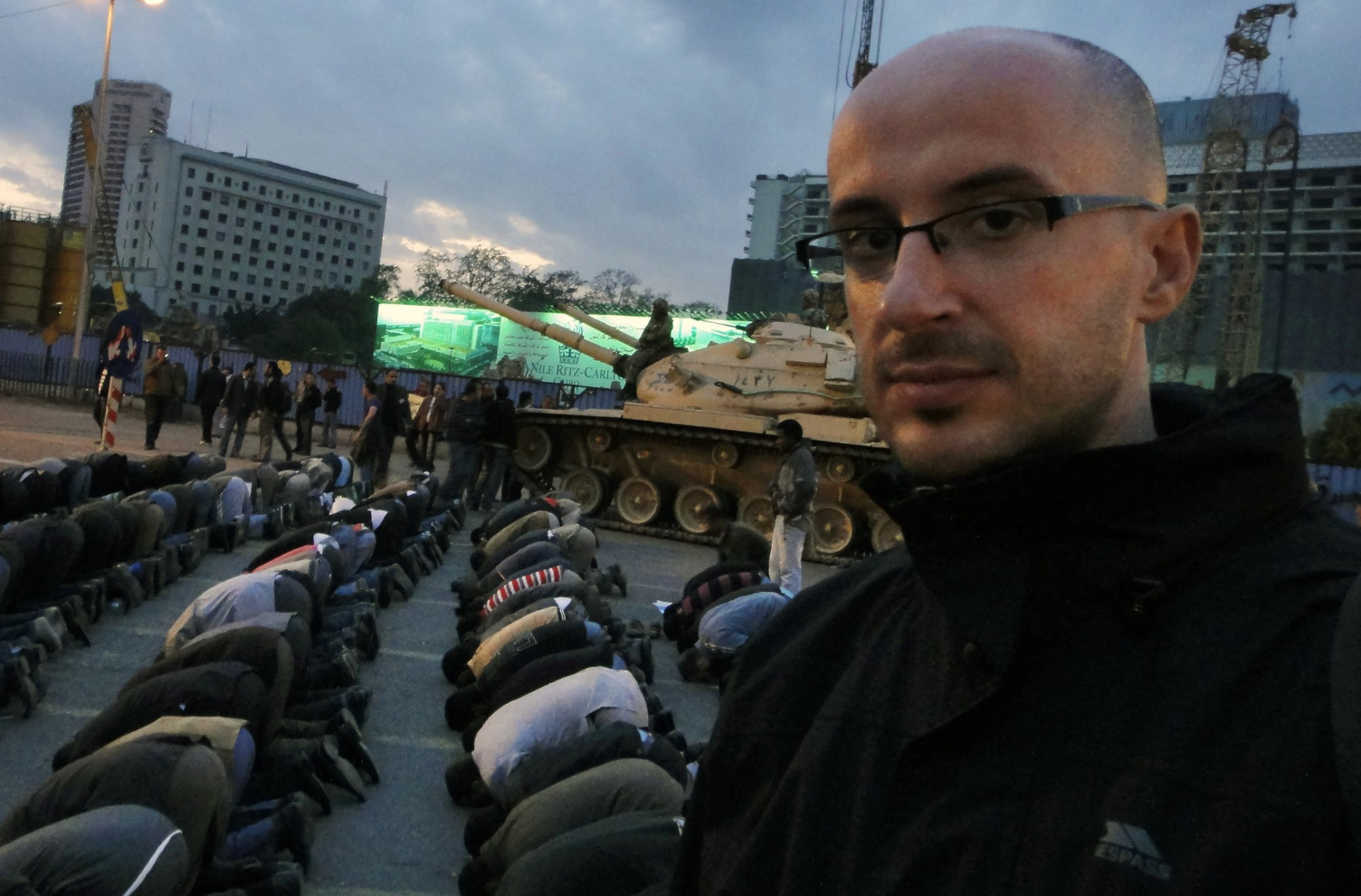 I first came into contact with the work of VJ Raul Gallego Abellan when I was a judge at the Concentra Awards for World's Best VJ.

As we had a 10,000 Euro prize, we had lots of entrants - thousands of pieces to screen through. But as soon as I saw the first few seconds of Raul's work, I knew I was looking at somethig entirely different.

Raul is one of the most awarded video journalists of his generation. His work with TV3, Associated Press and Channel 4 News UK has led him around the world, to war zones, natural disaster sites and social unrest. He is also considered a pioneer in producing innovative and compelling online news and documentary video content and experimenting with new ways of news storytelling.

"I was always a naive utopic believer and thats why I wanted to be a video journalist. I wanted to be a video journalist since I was a kid because still on that time mostly of the people believed that you could change the world going to cover wars, showing those that suffer, those that are poor and that journalist should be the watchdogs of the wrongdoers in the world. I took it quite serious the idea that a TV camera could be a powerful weapon that could denounce and point the bad guys with images, mobilise the people and create at least a reaction, bring hope to those that suffer and touch the hearts and change the minds of those that dont realised how lucky they are. Little by little but slaps, reality strikes, politics and life gives you a more realistic view of things and media. The motivation but why I become a video journalist always was there and will be, specially now in this moment of transformation with new ways of storytelling coming on the way at fast speed. 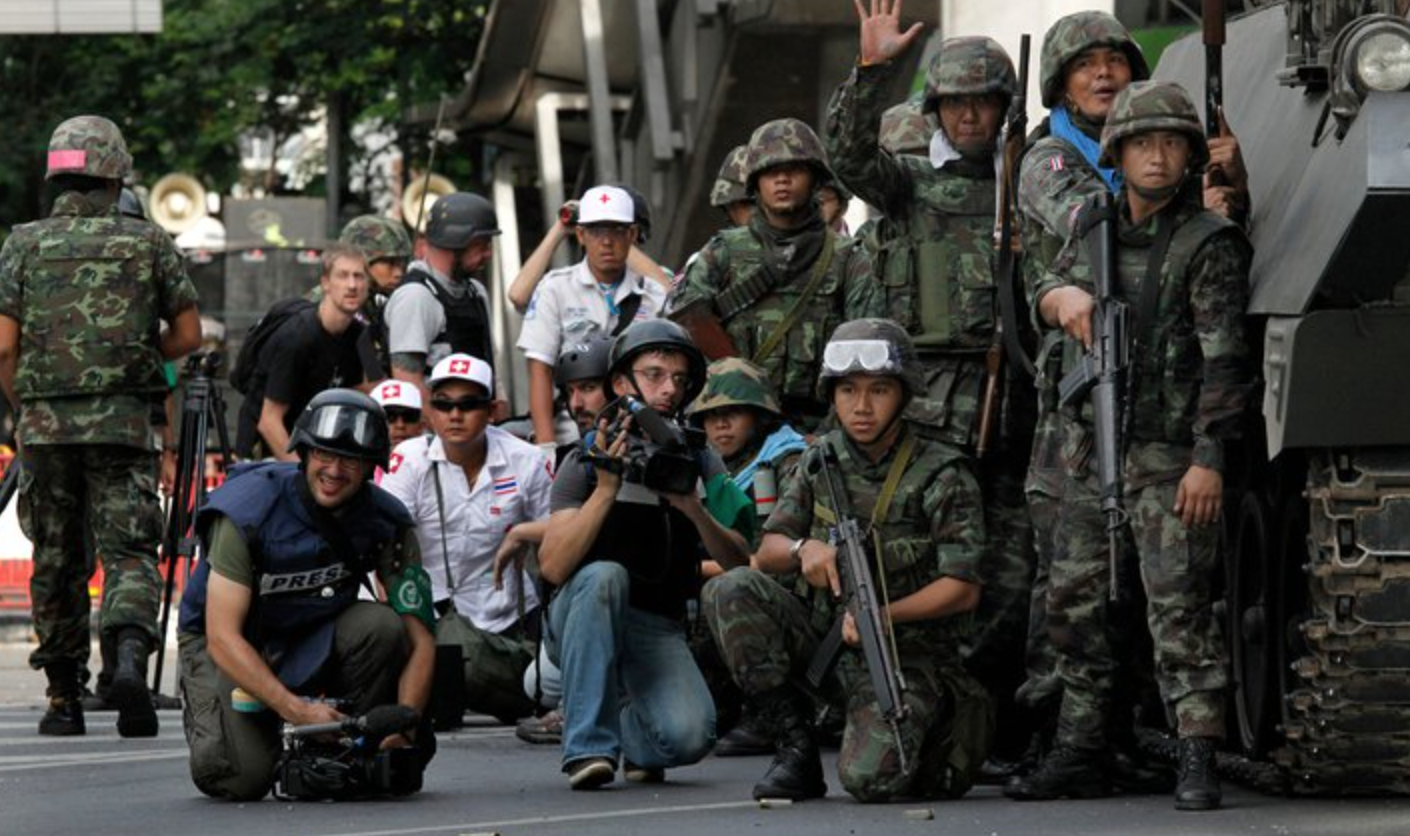 I studied journalist in Blanquerna University in Barcelona and before even I finished my studies and I started to work for TVE and TV3 as a reporter and video journalist. On that time I could never had imagine that this job would take me to travel all over the world and to seen the best and the worst of humanity in front of the camera and behind the scenes in this sometimes media circus.

I was lucky to learn in TV3 in a newsroom of pioneer TV journalism were I was a member of the Electronic News Gathering team, the ENG, now the so called video journalist. I was going out and sometimes covering stories shooting and editing and sometimes being the reporter in front of the camera. From there then came Jerusalem bureau, the second intifada and the Iraq war. Then after three years in the holy land was very lucky to join Associated Press Television News based in Bangkok Asia Bureau from where I traveled all over mostly to cover wars, political and social unrest, natural disaster and so many other stories for almost a decade. 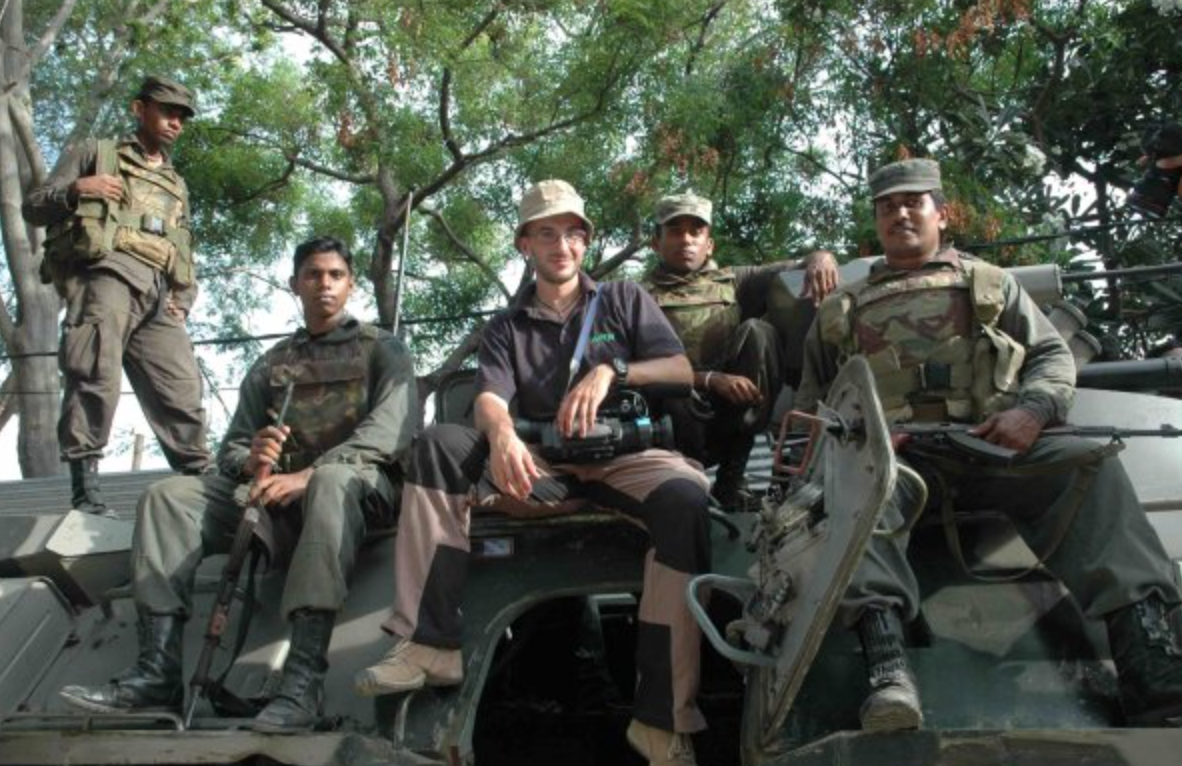 The rush, adrenaline and constant life on the frontline of news and conflicts did not push a side the original motivation. This motivation actually maintained me quite mentally sane and pushed me to keep looking for new ways of story telling to reach the audience. This were years to experiment new ways of video narration in short and long format video story telling implemented in the first years of online video.

But as years where passing little by little the sad truth was striking me that in mostly of cases media in general was becoming a fast food news product were in the first and developing worlds people was losing faith, perceived with distrust or as a total political and power tool from whatever side. How many times I heard this sentence: ´´honestly I do not look Tv news anymore´´, or even worst in a refugee camp or a war zone took : ´You are here with a camera, but so what, you will record my life, leave and nothing will change´´. I remember even in Libya war a revel fighter told me: ´´Hey this is real life, this is a real war not a movie´´. Not that I though was a movie, but was funny and sad that media was perceived in that way.

I started to see but online video and social media as a new way that TV news or documentary stories could be useful, reach and touch the audience, even better mobilise, be part of a crowdfunding campaign, spread awareness and so many new possibilities. Again started to get emails saying things like: ´´´thanks for telling my story´´, ´´someone forward me your story and make me cry´´, or ´´after I seen your story I understand more what is going on there.´´

The world and media indeed are in a bad shape but there is still hope. New TV formats and new ways of storytelling are being implemented in online video. But this ´´new´´ways of online video narration are based in quality, in knowing how to do proper TV, in knowing how to use the tools that TV language offers to tell a story since almost the first silent black and white movies.

After 9 years in Associated Press I joined Channel 4 News UK team for a year and now I am working as independent filmmaker, media trainer and consultant and continue researching the best ways to feel I am doing something somehow meaningful with my video camera."