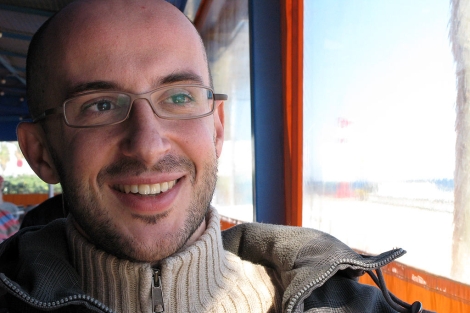 We first met Raul Gallego Abellan when he was a finalist in the Concentra Video Journalism Awards in Brussels.

Raul had embedded himself with the American forces in Iraq, and brought back some of the best footage and stories we had ever seen from a war that was, more or less, going on under the media radar.

Since then, we have followed his career.

This morning, he sent me his most recent video report, this time from Hong Kong, done for the South China Morning Post.

Raul notes: 2 days of shooting, one day of editing.

Note the absolutely beautiful camera work. He has an amazing eye!

But what makes his work really stand out is his abiliy to embed himself in the story. He does what great still photo journalists have done in the past for organizations like Magnum - they don't cover a story, they take you insdie it visually.

This is probably the single most important difference between working alone and working with a crew.

Raul Gallego Abellan is an award-winning video journalist and filmmaker. He is a pioneer in producing innovative and compelling online news and documentaries and experimenting with new ways of storytelling. He has worked with TVE and TV3 in his home country of Spain, the Associated Press Television News, and Channel 4 News UK—all of which have led him around the world between war zones, sites of natural disasters, and social unrest to create inspirational and moving character-driven stories. Raul now works as an independent video journalist, filmmaker and contributor with the Washington Post and the World Bank-led Global Wildlife Program.

You can see more of his work here.