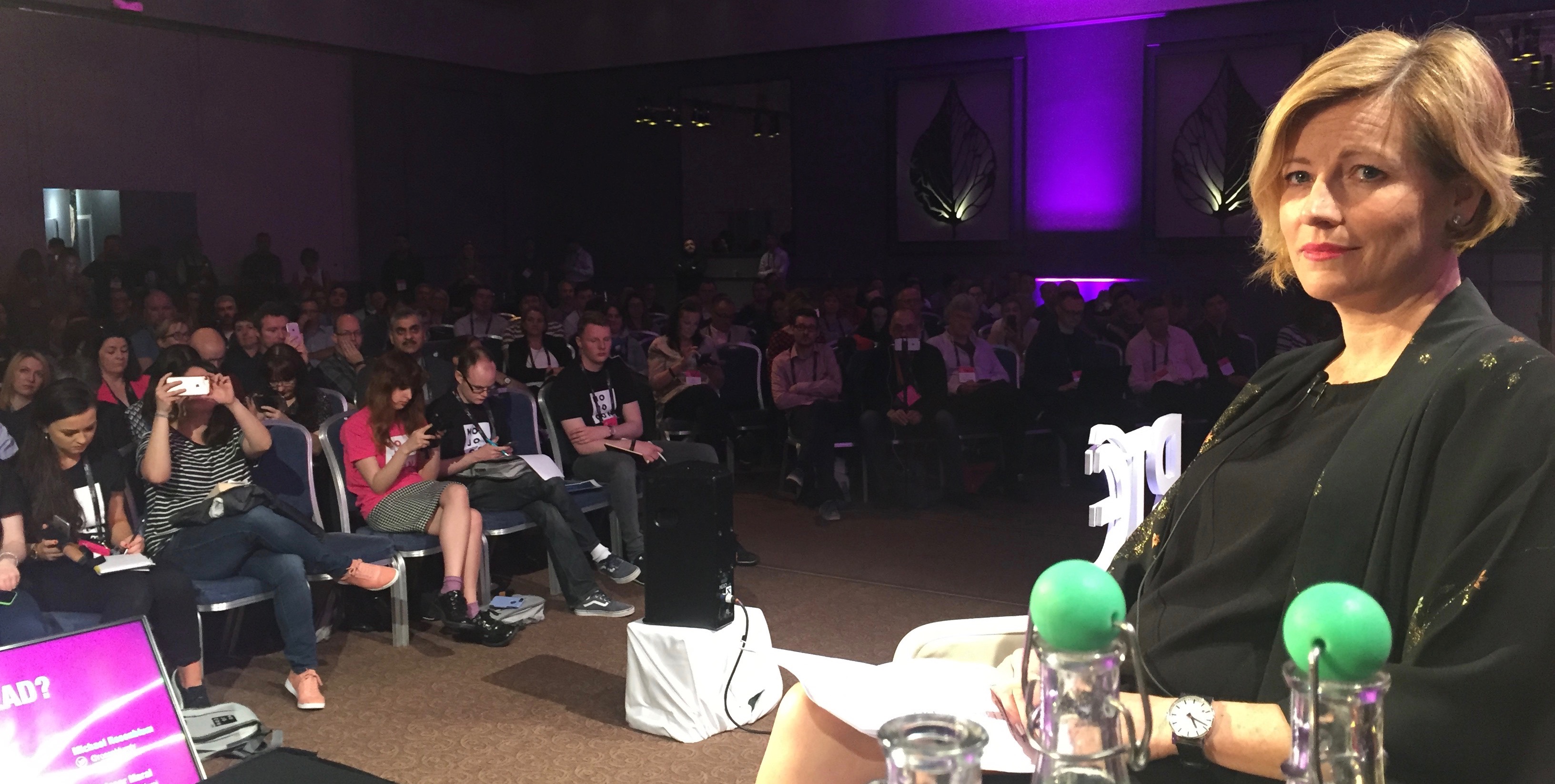 Some 30 years ago, I got the idea that I could make TV news by myself, without a cameraman, soundman, producer or reporter.  Just me and my video camera.

Then, it was a radical, and many said, crazy idea.

Yesterday, I was at Mojocon as a speaker, and I realized that the once crazy idea has not only taken root but grown a lot of branches.  VJ (or Mojo, as they like to call it for Mobile Journalist) is clearly here to stay.

Mojocon (this is the third) is the branchild of Glen Mulcahy, a 20-year veteran of RTE, the Irish State Network (whch explains why Mojocon was held in Galway, Ireland - not that I mind).

It was, I have to admit, a bit overwhelming, to walk into the Radison Hotel in Galway and see it transformed into a Vegas-like convention of working VJs, networks and vendors. OK, it isn't NAB... yet... but NAB had to start somewhere also. The reception area for the hotel (and just aboute very other public space) was filled with tables and banners for people hawking their tech and wares - tech and wares specifically oriented towards VJs.  (I much prefer the term to Mojo, for obviousl reasons).

People with tripods, monopods, selfie sticks, brackets, jackets, hats, software, Zeiss lenses, Senheiser radio mics... you get the concept.  When I was a kid I loved to go to the Boat Show to see the boats but also to see all the stuff you could get. This was no different. At a lot of these conferences you sit in an auditorium and watch someone interview someone else.  Glen has arranged this differently. I was on the opening panel, joined by 5 other people (and a moderator). We were each given 10 minutes to lay out our case.

The topic as, Is Journalism Dead.

I was the ONLY person on the yes side, but I think I held up my case.  Traditional journalism IS dead, to be replaced by... us... people with a story to tell using their smart phones to shoot, edit, produce and share with the world.  This does not sit so well with employees of CNN, for example. But more on this later.

What made this unqiue in the conference world was that once we had all had our 10 minute say, the floor was opened to discussion with the audience, and the thing went on for more than two hours.  It was interactive instead of being passive  - just how we like it.

I am waiting for Glen to send me the video of our session, which I will post here.  I think you will find it pretty interesting. Stand by...