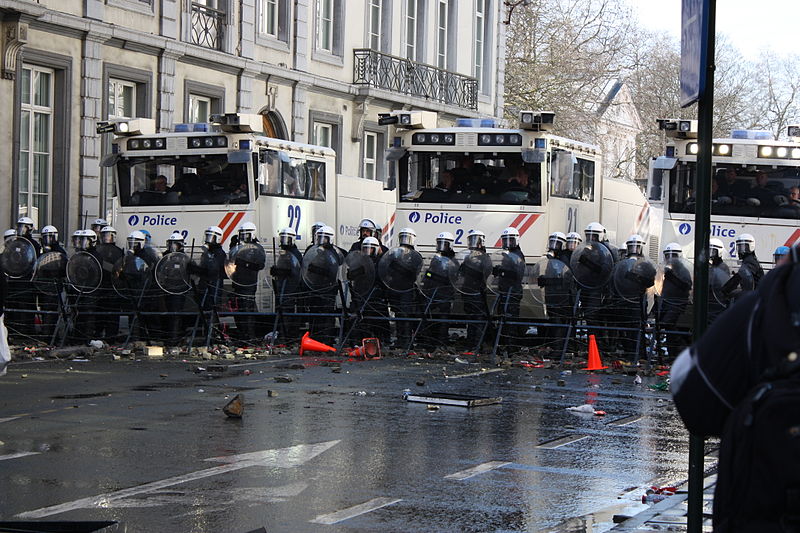 In the wake of the Brussels terror attack many are left in shock to understand what happened.  As the day continued more accounts, stories, and cell phone videos came in of the attack in the airport and on the metro.

Before the news cameras were able to arrive on the scene all there was to show the people around the world was cell phone footage.  This is something we have become more accustomed to, but it also gives us access to the the direct moments after the attack like no news organization ever could.

A Sky News reporter Neal Walker, @SkyWalker_Neal, sent us a story about another reporter who just happened to be at the airport during the attack. Sky reporter Alex Rossi, like many others reporters or not, took out his phone to capture the moment of shock and uncertainty.

I had been buying chocolate for my children for Easter when I heard the explosions - two blasts, very close to us.

Not only did I hear them, but I also felt them.

The walls of the airport shook, as did the bottles on the shelves of the duty free shop.

Then there was the smell - the sort of acrid smell of smoke.

Instinctively we knew it was a terrorist attack. I didn't think it could be anything else.

I think living in these times, you're always aware of the possibility of a terrorist attack.

There were many things going through my mind: as a journalist I was thinking: "I'm a witness to this, I have to document it."

At the same time, you know how terrorists operate and you're worried that, if you run towards the blast to record or to help people, there may be other explosions.

I saw lots of people running towards us, some of them bleeding, although their injuries appeared to be superficial - marks on legs, the walking wounded.

And then there were the people who were just very confused - they didn't know what to do, where to go.

You have to remember that the authorities have been caught up in this as well.

So it took some time for anybody to get control or to get information as to where we should go.

We were moved through the airport - there were people panicking, children crying.

The airport was evacuated and people were sent to a crisis centre.

We had been trying to get back to our base in Israel, having been in Brussels covering the capture of Paris attacks suspect Salah Abdeslam, and we had a big discussion last night about what time we should come to the airport.

Because our flight was to Israel, we knew check-in would take longer because security is much higher: the two hours before check-in becomes three hours.

So I had already gone through to the departure lounge.

But afterwards I was thinking: had we been 10 or 15 minutes later, we'd have been on the wrong side of check-in.

You just think that it was close. Very close.

See Rossi's videos from inside the terminal here.