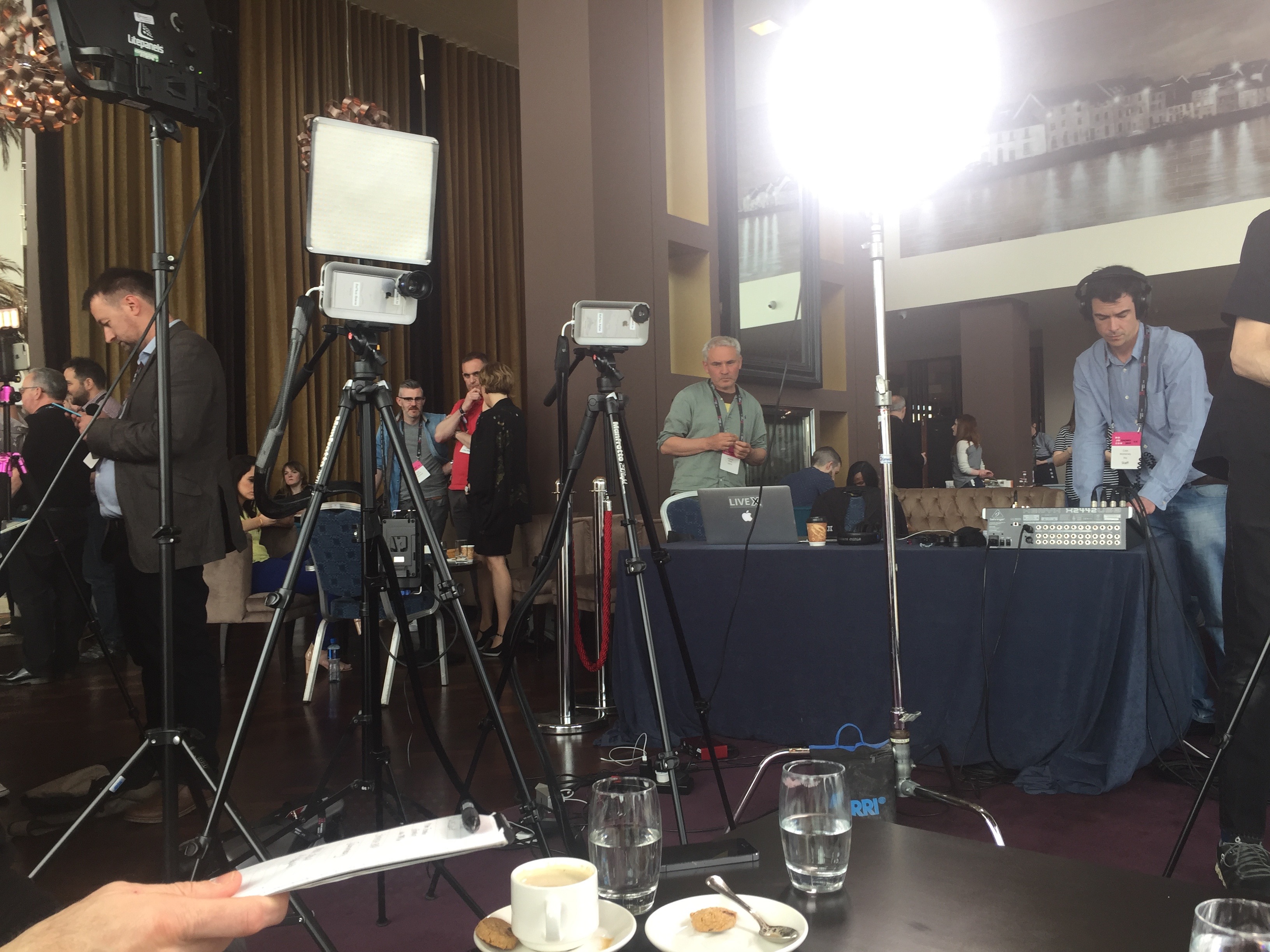 Last week, I was invited to be a speaker at Glen Mulcahy's MoJoCon, the now annual Mobile Journalism conference held each year in Ireland.

This is Mulcahy's brainchild, and it is a brilliant and important gathering of pretty much everyone working on the cutting edge of the digital and mobile revolution.

I gave my talk on Is Journalism Dead - (hint, it is), and then, following the panel, I was asked if I would do an interview with RTE, the Irish State Broadcaster.

Sure, I never say no to an interview.

I had been asked to do the same two years ago, when I spoke at the first Mojocon.  At that time, I was escorted to a cordoned off space in the lobby of the hotels, where two couches had been pulled together, lit with about 5 lights, wired for sound and was confronted with three massive old-school cameras (run by camera operators), a sound mixer, a producer, a director and a floor manager.  It was, in 2015, conventional television at its worst.

There was an on-air host, an RTE reporter, who was interviewing me.  It could have been 1962 television (excpet it was in color - I think).

At any rate, I took great delightin castigating both RTE (bite the hand that feed you, I always say), and the host, for the 'museum of broadcating' tech that they had dragged to a conference on iPhone and smart phone video. Didn't they get it?  Clearly not.

This year, RTE was back.  And so was their set up.

But this time, the reporters (the same guy! And he remembered!) made a big point to me that they were now shooting the whole things with iPhones.

And indeed they were. But they still had the light kits, the director, the floor manager, the producer, the camera operators and the miles of wire.  Also switcher and sound board.

What we would call a major motion picture.

I sat on the couch. They offered me a glass of water. Then a cup of coffee. Then a scone and a tea.  From the time I sat down with the host until we actually started to shoot (we were going live to Facebook and Youtube), I would say it was about a half hour while they 'got ready', adujusted the lights, discussed the shots, and so on.

I asked what we were doing that was taking so long.

They brought another scone and explained.

They were quite proud, but also agonizing A LOT

I reached into my pocket and took out my iPhone.

"Watch this", I said, and hit Go Live on FB and presto, we were live.

Like I said, the are just never going to get it, try hard though they may